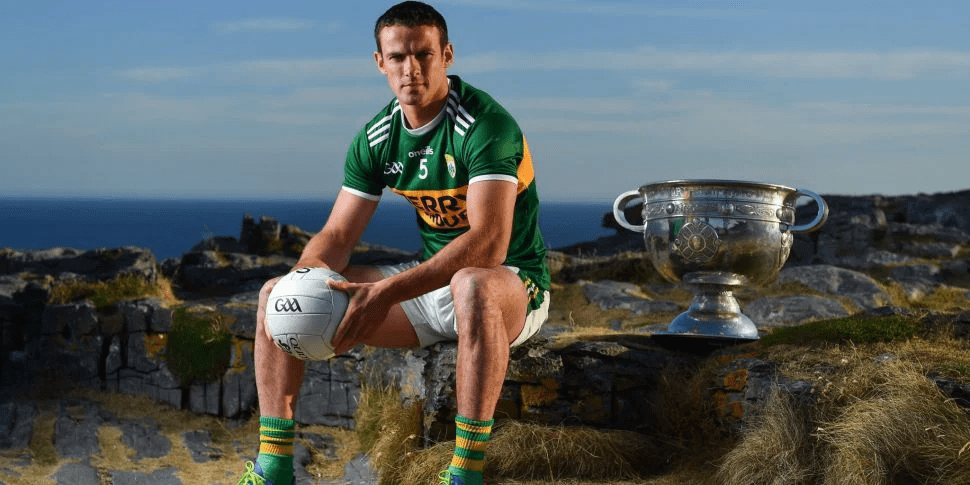 Shane Enright has today announced his retirement from Inter-County football. Shane made his League debut against Cork in 2011 and in the same year he made his Championship debut against Tipperary. Shane played for Kerry at Minor and U21 level from 2005 to 2009. Shane has proudly represented his club Tarbert on the intercounty stage for 15 years. Congratulations to Shane on a exemplary career in the Green and Gold and thank you Shane for your dedication and commitment to Kerry football

I have decided that the time is right to retire after 10 years wearing the gear and gold jersey. I’m privileged to have played with some of the best players to ever play for Kerry and to have made friends for life along the way. Its been an amazing journey and one that I will cherish as I move on.
I want to thank my family first and foremost, without them none of it would have been possible. The people of Tarbert who were behind me all the way, the Kerry supporters who drove us on through the good and bad days. I also want to thank each and every management team I played under from my underage days with Tarbert right up to my days with Kerry. I learned something new from each and every one of you. To the physios, nutritionists, doctors, S&C coaches, there are far too many to name but ye know who ye are. Thank you. Also a massive thanks to my employers Bank of Ireland who were so accommodating throughout my journey.
Finally a special thank you to my fiancée Sarah and her beautiful daughter Kayla. Ye saw firsthand the sacrifices that have to be made to play at intercounty level, thanks for the continued support along the way. Looking forward to the next adventure.
Statement from Tim Murphy – Chairman of Kerry County Board

Shane Enright’s announcement today brings the curtain down on the Inter County footballing career of one of our best defenders.

The Tarbert Clubman began his County playing career at minor grade and quickly progressed through to U-21 and Senior ranks.

Shane holds an All-Ireland Senior Championship medal, 2 National League medals & an All-Star Award along with a host of other accolades.

On behalf of all in Kerry I wish to thank Shane for his commitment and service and wish him and his family all the very best in the future.
Retirements
-
Share on Facebook Share on Twitter