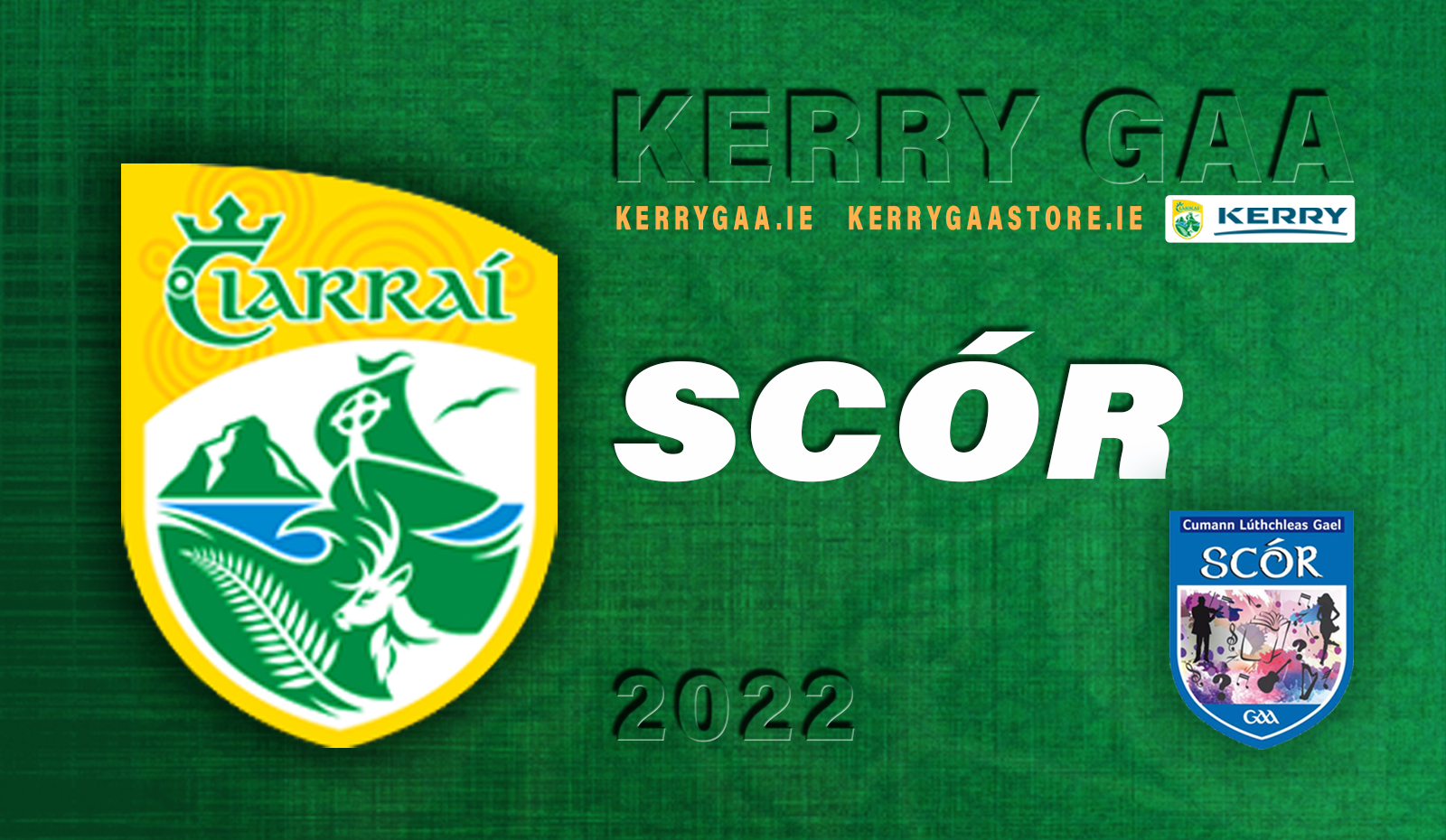 On Sunday last, April 3rd a large contingent of Kerry supporters made the long trip to Halla na Féile, Cashel, County Tipperary for the Munster Finals of Scór na nÓg 2022. They travelled in high hopes of victory, with participants in all eight discplines to cheer on.

Without doubt the the wealth of talent in Scór in the County was very much in evidence with the Kingdom coming away with three Munster Titles having to overcome stiff opposition from the remaining five Munster Counties.

However, let’s not forget our remaining  participants of Waterville, Figure Dancers, Saoirse O Sullivan from Dr. Crokes in Solo Singing, Gobnait Ni Chroinin from the Glenflesk Club in Recitation and in Instrumental Music from Listowel Emmets, Reenard in the Novelty Act. Despite giving tremendous performances and, with just one from the four in each category going forward keeping the huge Kerry continguent in tenderhooks, it proved just a bridge too far on this occasion.

It was a great honour for Scór in the County to have so many involved at this stage of the competition and all the participants can feel extremely proud of their performances, they did both their respective Clubs and County proud on the day.

The Munster final winners who now go through to the All Ireland Finals, Sunday May 1st, I.N.E.C. Killarney.

The Quiz has a starting time of 11-30am with the on stage events getting underway at 3pm sharp.