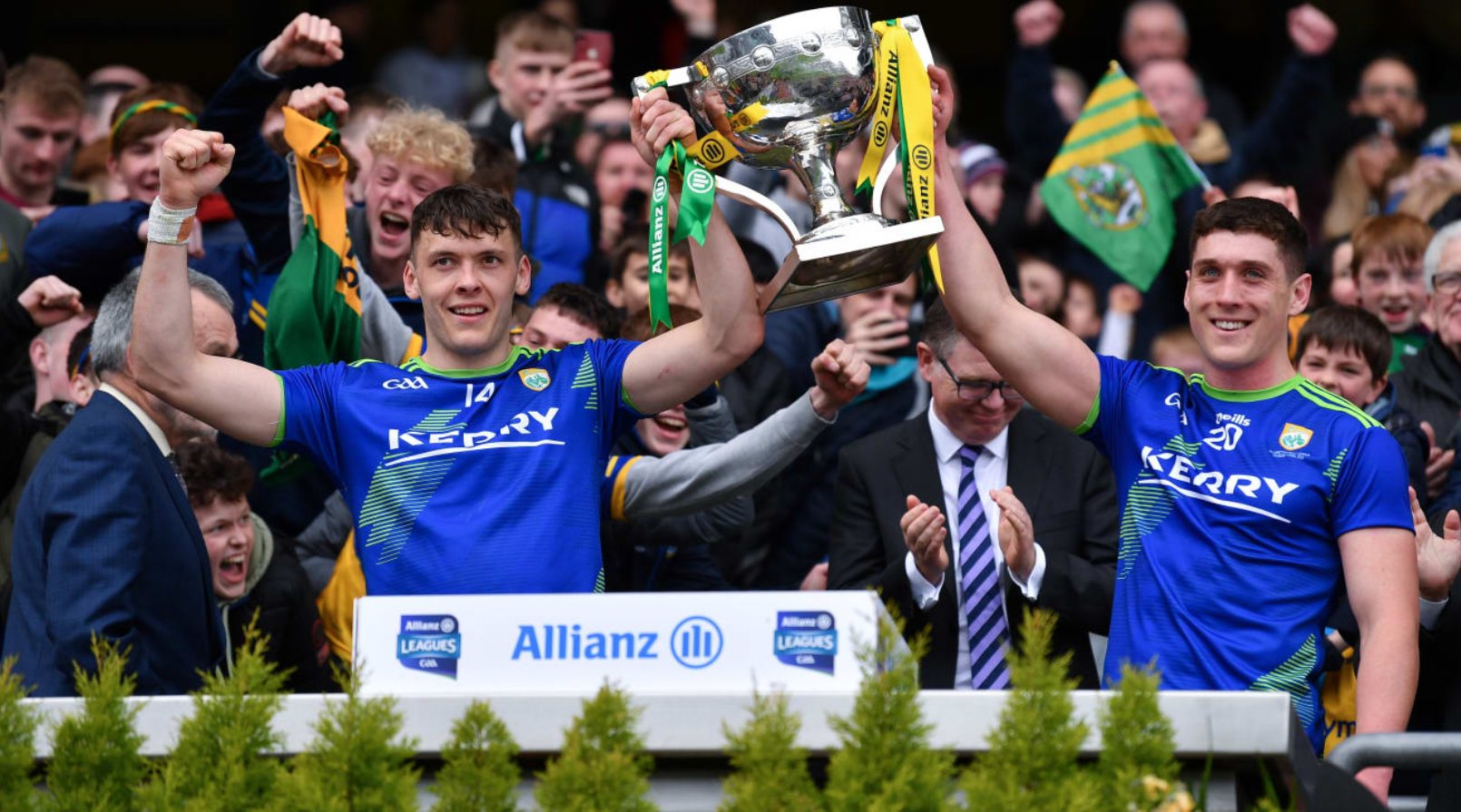 Jack O’Connor’s team were defensively rock solid and far more clinical in attack than their misfiring Connacht opponents. Their pace all over the pitch was very noticeable too, and Mayo just couldn’t live with it.

David Clifford was once again the star of the show, scoring 1-5 from play, but this was very much a consummate team performance by the Kingdom that underlines their status as pre-championship favourites.

Mayo did score the first point of the match through Michael Plunkett, but from early on Kerry had an appreciable edge on them.

David Clifford drew the teams level and when Sephen O’Brien followed with point a couple of minutes later Kerry had a lead they would never surrender.

Mayo might have expected to have an edge in the middle of the field where Jordan Flynn and Matthew Ruane are a in-form two-some, but it was Kerry who dominated this battle-ground.

Their tackling was very intense and successfully prevented Mayo from getting their running game going.

Whereas when Kerry broke with the ball they had a much keener cutting edge and quickly set about slicing open the Mayo defence.

They created their first goal-chance on five minutes when Paudie Cliford raced through but his shot was brilliantly saved by Mayo goalkeeper Rory Byrne who made himself big and got his foot to the ball.

Kerry kept chipping away and by the 15th minute had moved 0-5 to 0-2 ahead thanks to points from Adrian Spillane and the Clifford brothers.

Mayo had a goal chance of their own when Jack Carney’s shot for a point came back off the post and bounced into the path of Conor Loftus, but the wing-forward couldn’t win the ball cleanly with the goal gaping.

James Carr did his best to rouse Mayo with a fine point, but most of the traffic was still going in the other direction.

Kerry finally got the goal they’d been threatening when Gavin White made the breakthrough on 25 minutes.

Rory Byrne pulled off another good save from a Paul Geaney shot but White had followed up well to palm the rebound to the back of the net.

David Clifford then struck a typically classy point a few minutes later to put Kerry 1-8 to 0-4 ahead and very much in control of the match.

Mayo responded with points from Ryan O’Donoghue and James Carr, but needed Byrne to make yet another save from a Paudie Clifford shot as Kerry continued to threaten with their lightning fast attacking thrusts.

The Kingdom finished the half strongly too, with points from David Clifford and Shane Ryan sending them in at the break leading by 1-10 to 0-7.

The shape of the game didn’t change in the second-half, with Kerry continuing to be that little bit sharper than Mayo in every facet of their play.

The biggest difference between the two teams was that in David Clifford and Paul Geaney Kerry had two forwards who carried a potent scoring threat, whereas Mayo just didn’t possess anything like the same cutting edge.

Even when Kerry were reduced to 14 men by the black carding of Diarmuid O’Connor for pulling down Aidan O’Shea they maintained their dominance.

David Clifford scored an outrageous point from wide on the left to push his team seven points clear, and the match was pretty much over as a contest when Kerry then scored a burst of three points in as many minutes to go 1-18 to 0-11 ahead.

Padraig O’Hora had tried every trick in his man-marking to curb David Clifford’s influence in this match, but to no avail.

The Fossa man is just unstoppable at his best, and gave us another example of just how special a talent he is when he scored Kerry’s second goal of the match on 66 minutes.

Receiving the ball out on the left he powered past O’Hora and then produced a delightful finish to clip the ball over the advancing Rory Byrne.

The pain wasn’t quite over for Mayo. Deep in injury-time Jason Foley scored Kerry’s third goal of the match when Tony Brosnan’s attempted shot was deflected into his path, giving him a simple tap-in from close range.

There was one silver lining on what was an otherwise very dark day for Mayo – Cillian O’Connor made his return after a year out with a ruptured achilles.

On the basis of this toothless performance, James Horan will be hoping the Ballyhaunis man can play a full role in the Connacht semi-final against Galway in three weeks time.