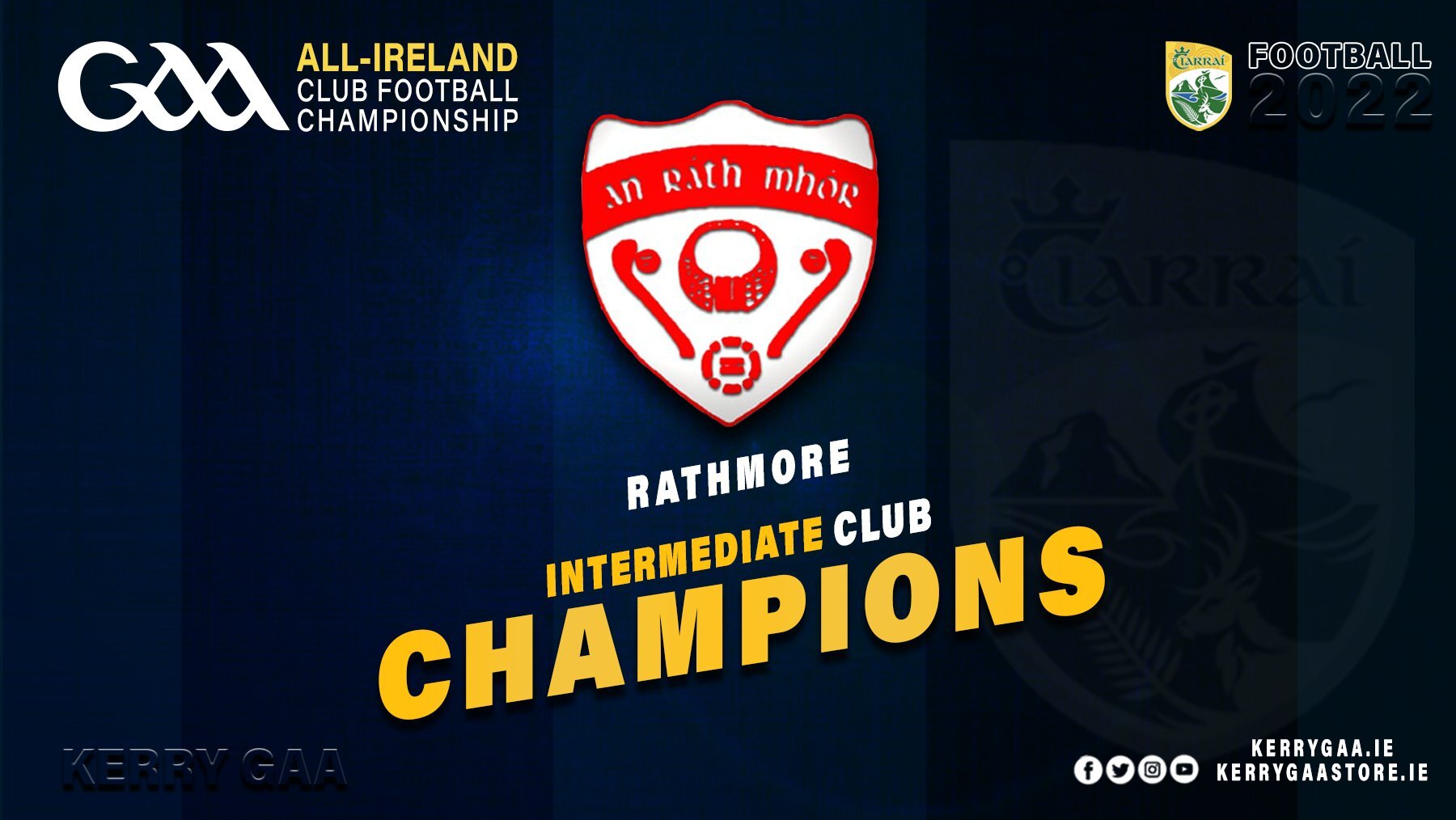 Rathmore of Kerry are AIB All-Ireland intermediate club football champions and they have a couple of goalkeepers to thank for it.

Shane Ryan, the reigning All-Star ‘keeper who helped Kerry to All-Ireland success on the same pitch just six months ago, actually plays outfield for his club and contributed 1-3.

He scooped the Man of the Match award though the man who actually wore number one for Rathmore, Kenneth O’Keeffe, was just as central to the win and two huge saves from him went a long way to sealing the landmark win for the Munster champions.

Veteran O’Keeffe pulled off a great stop in the first-half to deny Enda McGarrity and his 55th minute block, in a one on one with Daniel Kerr, arguably won them the game.

In scoring terms, Ryan’s goal ultimately separated the champions of Kerry and Tyrone in a typically full blooded encounter.

Rathmore looked like they might win it a little easier than they did when they opened up a seven-point lead with as many minutes to go.

But a Conor Donaghy inspired Galbally reduced the deficit to just three points after a fightback that was particularly impressive given the loss of McGarrity to a 51st minute black card.

After the high drama of the ending to the earlier junior final, this was a little more sedate and panned out upon more predicted lines in front of 8,123, Rathmore edging the opening half to take a 1-5 to 0-4 interval lead.

With veteran Aidan O’Mahony togged out and sitting among the subs, the Kingdom representatives looked to a current Kerry player, Ryan, for inspiration in attack.

Stationed in a two-man full-forward line next to John Moynihan, the powerful forward was tracked by full-back Conor Quinn but still helped himself to 1-1 in the first-half.

Those two scores came one after the other, a 20th minute point which levelled the game up at 0-3 apiece before a 23rd minute goal when he pounced on a Galbally error to put clear daylight between the teams.

Chrissy Spiers, originally from Magherafelt in Derry but living now and working in Kerry, clipped two points for the favourites also, both from frees.

Rathmore will feel they got their tactics spot on, dropping number 12 Brian Friel back to operate as a seventh defender. That cleared Christopher Morris as the spare man in the Galbally defence but Rathmore will feel they got most from the trade off, restricting the Ulster champions to just one point from open play – the very first score of the game from Kerr – until the 53rd minute.

Galbally did have a great chance for a 15th minute goal and Rathmore were grateful to goalkeeper O’Keeffe for getting a hand to McGarrity’s shot and averting the danger for a 45’.

Top scorer Donaghy converted the kick for his second point but they could have done with the major.

Their worries deepened when Rathmore restarted the second-half with back to back points from James Darmody and Ryan, Spiers first winning a free and then playing it short to Ryan for the county man to increase his tally to 1-2.

The game was held up for a lengthy spell in the third quarter when a big hit to the face of Rathmore defender James O’Sullivan left him bloodied and ultimately unable to continue though he eventually returned in the closing minutes.

Spiers was left wincing in agony too shortly after when he suffered an apparent dislocated finger though he played on after receiving treatment from a medic and then kicked his third point from a free.

Rathmore were seven points clear after 53 minutes and apparently cruising but Galbally refused to throw in the towel and, from there, outscored their opponents by 0-6 to 0-2 to leave just that goal in it.