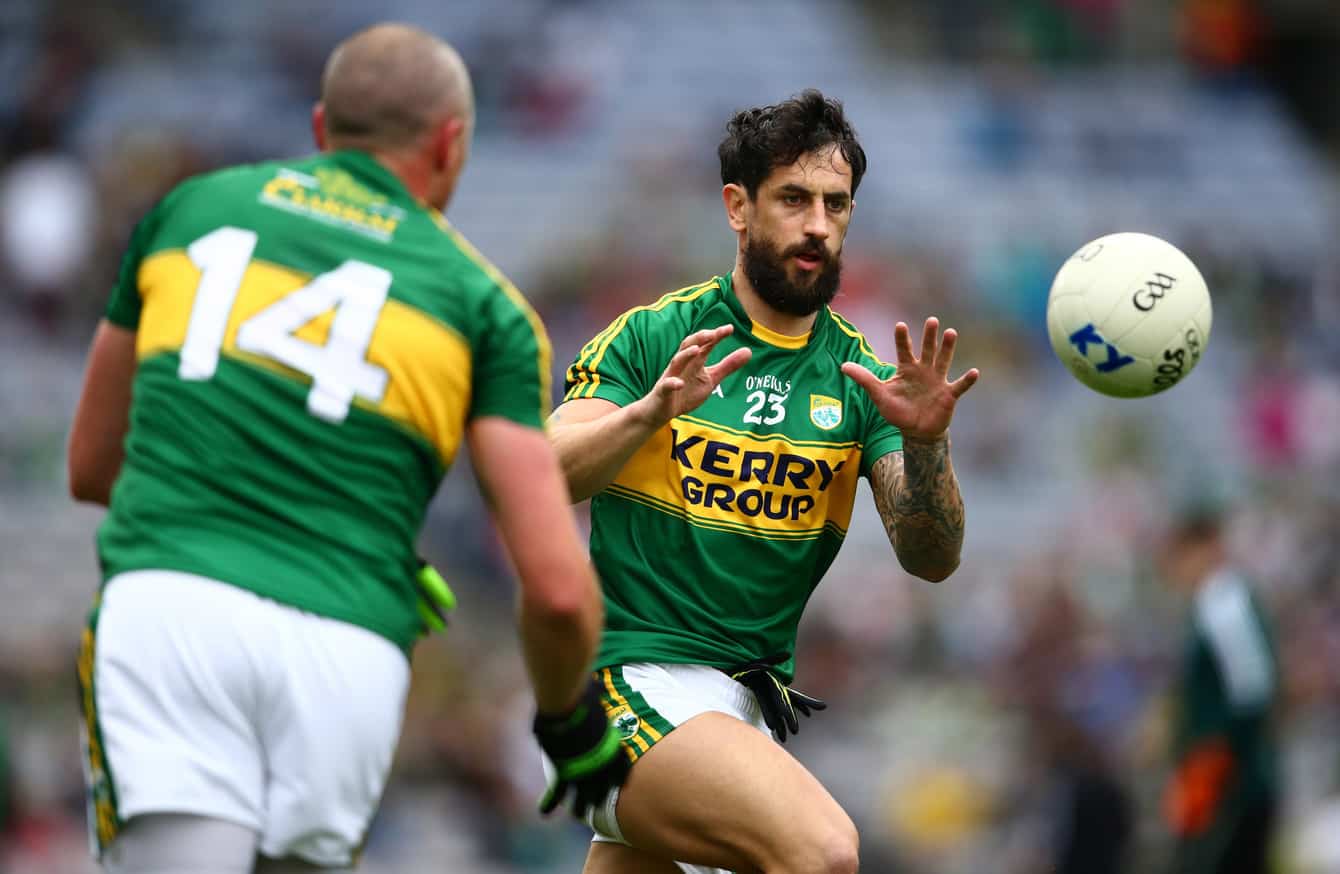 How Paul Announced his retirement on thisispaulgalvin.com

I have retired from inter-county football:

I would like to sincerely thank the Kerry County Board and Kerry Group for their support over the years, the 4 managers I played under for placing their faith in me, my family, my girlfriend Louise, and of course, the proud Kerry supporters who demanded our best at all times. There were days when you played with us too.

More importantly I want to thank all my team-mates for your heart and friendship over the years. Standing my ground with you in the Kerry jersey was my privilege. I learned more from you than anyone and I am grateful for the opportunity I got to play with some of the best players to ever play the game.

Having discussed it with the management during the week we felt it best to announce it after tonights game.

Finally I want to thank Eamon and wish him, the management team and my brothers on the Kerry team the very best luck for 2014. I am proud to say I won All Irelands for Kerry and I am satisfied that I gave the cause everything I had in me.

On behalf of the players and the management I would like to congratulate Paul Galvin on his retirement. He had a fantastic career winning everything in the game. Paulâs passion for Kerry was obvious to everyone every time he took to the field. His best trait is his honesty which meant he was a great team mate and very important in our dressing room.

He first broke into the team in 2004 as a hard working wing forward and quickly became the best in the business at winning breaking ball. Paul had a massive desire to keep improving himself and because of this constant pursuit of excellence his game evolved over the course of his career as he developed into a key creative player. He worked very hard on his conditioning and on his football to be the best and is a great example to our younger players of how ambition and belief combined with hard work pays off.

From a personal point of view Paul was excellent to deal with from the management side of things. What could have been a potentially awkward situation for us never was and Iâm very thankful to him for that. I wish him the best in all his future endeavours. He has the personality and the understanding of the game to be a manager and I could see him managing Kerry teams some day. His spirit, drive and most of all his winning mentality will be missed. His heroics in the Kerry jersey will never be forgotten.

Kerryâs Paul Galvin has announced his retirement from Intercounty football after a career in his beloved Green and Gold jersey that stretches all the way back to his Minor days in 1997.The 34 years old Finuge clubman bows out of the limelight at the end of an honours-laden career that saw him win 4 All Ireland Senior titles, 3 All Star Awards and a Footballer of the Year award in 2009.

Paul made his Championship debut against Limerick in 2003 but it was under Jack OâConnorâs managerial reign that he really blossomed winning his first All Ireland and National League double in his first full championship year in 2004 after which he received his first All Star. From there on he made the number 10 jersey his own becoming a firm favourite with the Kerry faithful and playing 55 Championship games scoring 1-51 in the process.

At Club level, Paul won senior county football championships in both Kerry and Cork and won an All Ireland Junior medal with his club in 2005. Paul was also a gifted hurler with Lixnaw with whom he won 3 County senior hurling medals and indeed he also won an All Ireland Under21 âBâHurling medal with his county. He represented Ireland in the Compromise Rules in 2004.

When Paul Galvin informed me of his pending retirement from intercounty football I felt a genuine sadness, however I quickly realised what a fantastic service he has given to Kerry in a senior career that stretches back to 2002 and indeed way back to his debut in the green and gold at Minor level in 1997. Since then he has won every honour available to him never giving less than his all in the pursuit of victory for his native county. He had a tremendous rapport with the Kerry following who appreciated his dedication and determined approach to the game which more often than not rubbed off on the players around him.

Paul seemed to get better with age and in 2009 he finished the Year with All Ireland and National League Titles, an All Star and capped it all with the Footballer of the Year accolade. He made an amazing 109 senior appearances for Kerry scoring 3-89 in the process.

At Club level, suffice to say he won all that was on offer over a long career in both Hurling and Football. On behalf of all Kerry followers, I want to sincerely thank Paul for his dedication and commitment to Kerry GAA, he has given us great memories, and I wish him every good wish for the future where ever that may take him.