No luck for Kerry Hurlers as Westmeath advance to Final 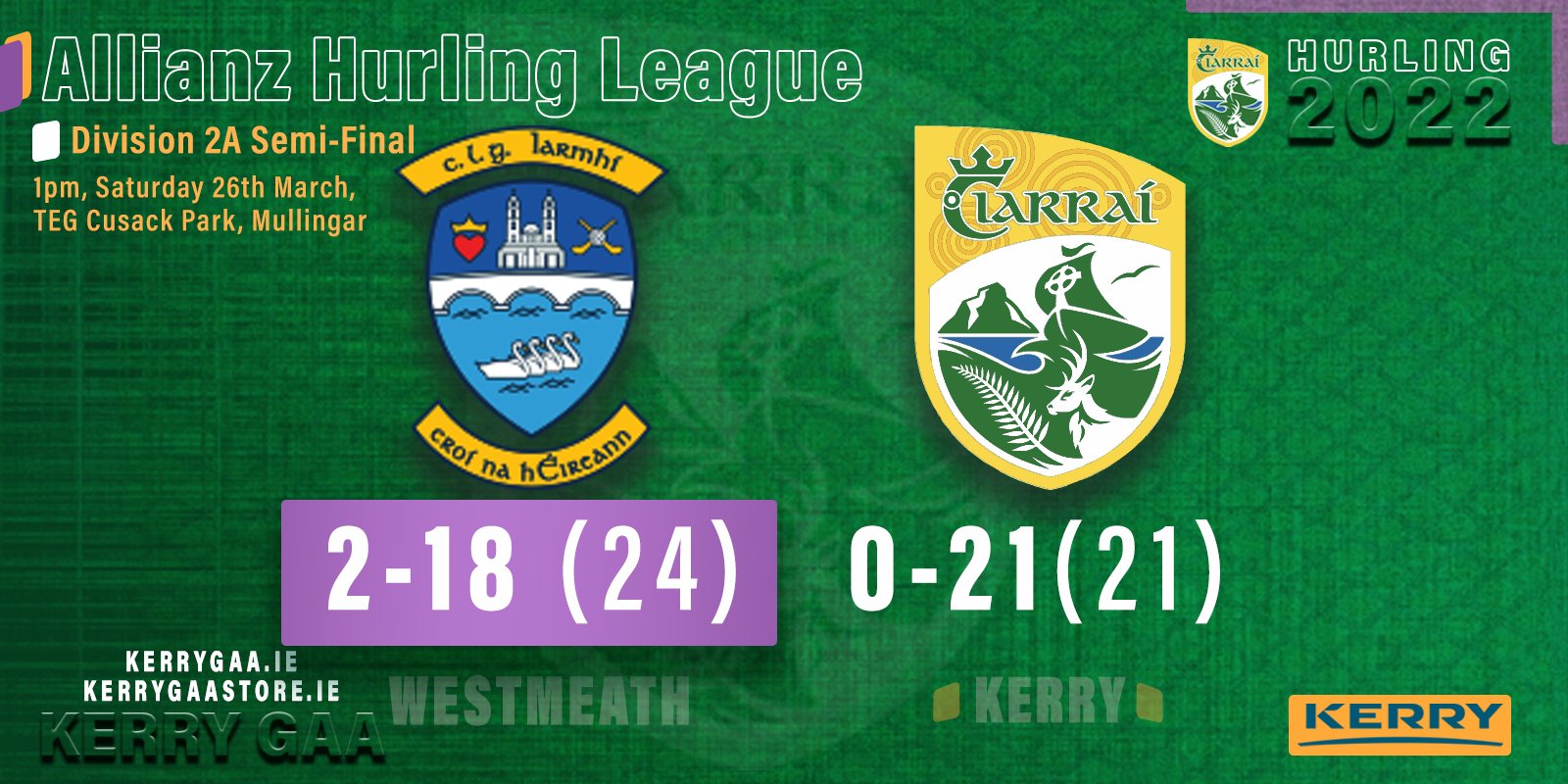 Westmeath set up a Division 2A final clash with Down next weekend when first half goals from Niall Mitchell and Davy Glennon gave them sufficient cushion to withstand a second-half surge from 14-man Kerry at TEG Cusack Park this afternoon.

Top of the ground conditions led to fast-paced hurling and plenty of chances at both ends of the field, but both sides will feel like they have room for improvement in terms of their finishing, with 24 wides shared between the sides over the course of the 70 minutes.

Despite losing influential midfielder Mikey Boyle to a red card with ten minutes gone, Kerry were beginning to exert a measure on control on the tie before Niall Mitchell stepped up with a crucial goal for the home side, kicking the ball past Louis Dee after his spectacular leap and catch set up a close range opportunity with 19 minutes gone.

Two sublime points from Colin Walsh and Shane Conway dragged Kerry right back into contention, but Mitchell again weighed in with a crucial play when he set up Davy Glennon with a clear run through on goal in first half stoppage time and the former Galway player didn’t waste the chance, rifling the ball to the roof of the net to make it 2-9 to 0-10 at the interval.

Kerry continued to hold their own defensively, where Fionnán Mackessy, Eric Leen and Colin Walsh were all in superb form, but they found it difficult to overcome Westmeath’s extra defender.

A brief burst of Kerry scores around the hour mark, including an excellent brace from Pádraig Boyle, suggested that a tight finish might be in store as the lead was briefly reduced to a single point, but Westmeath subs Niall O’Brien and Jack Gillen tapped over late scores to see the Lake County over the line.