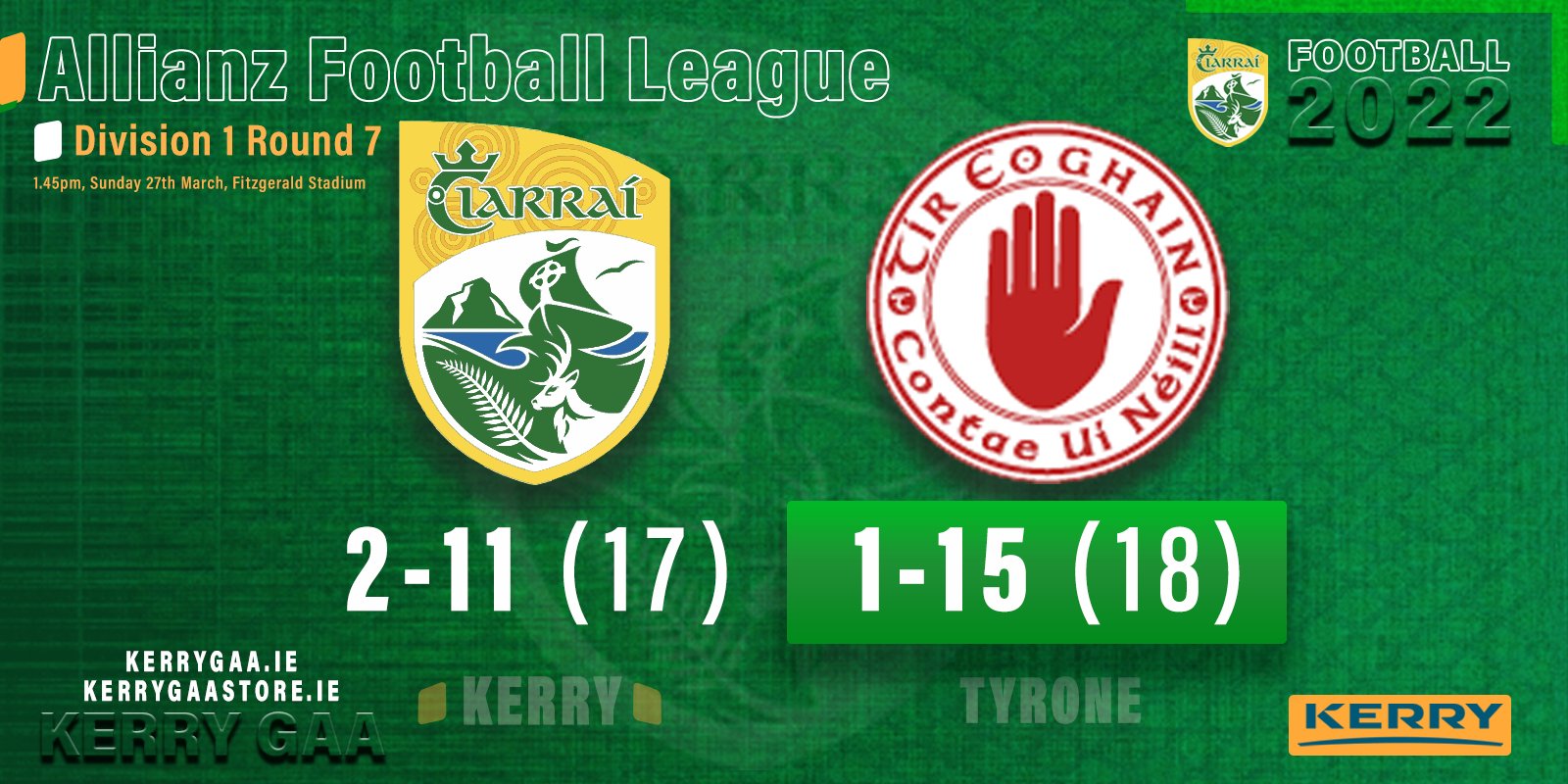 Darren McCurry contributed 1-7 as Tyrone edged out Kerry in Killarney.

With Jack O’Connor’s team already qualified for next weekend’s decider, Tyrone did enough to secure the spoils.

Despite the fact that McCurry clipped three early points for Tyrone, Kerry responded by netting a goal.

David Clifford and Joe O’Connor were involved in a move that was expertly finished by Tony Brosnan.

Still Tyrone, prompted by the impressive Darragh Canavan, went in at the interval armed with a narrow 0-9 to 1-5 advantage.

Kerry pounced to score a second goal after the restart when Brosnan converted a penalty following a foul on Stephen O’Brien.

Tyrone, though, came thundering back with McCurry supplying a goal after Cavanan’s delivery caused panic in the Kerry defence.

Kerry went in front again on a couple of occasions, but Conn Kilpatrick and McCurry levelled.

Then McCurry and Peter Harte added points for Tyrone, but a late Paul Geaney free narrowed the gap to the mininum. Tyrone survived.