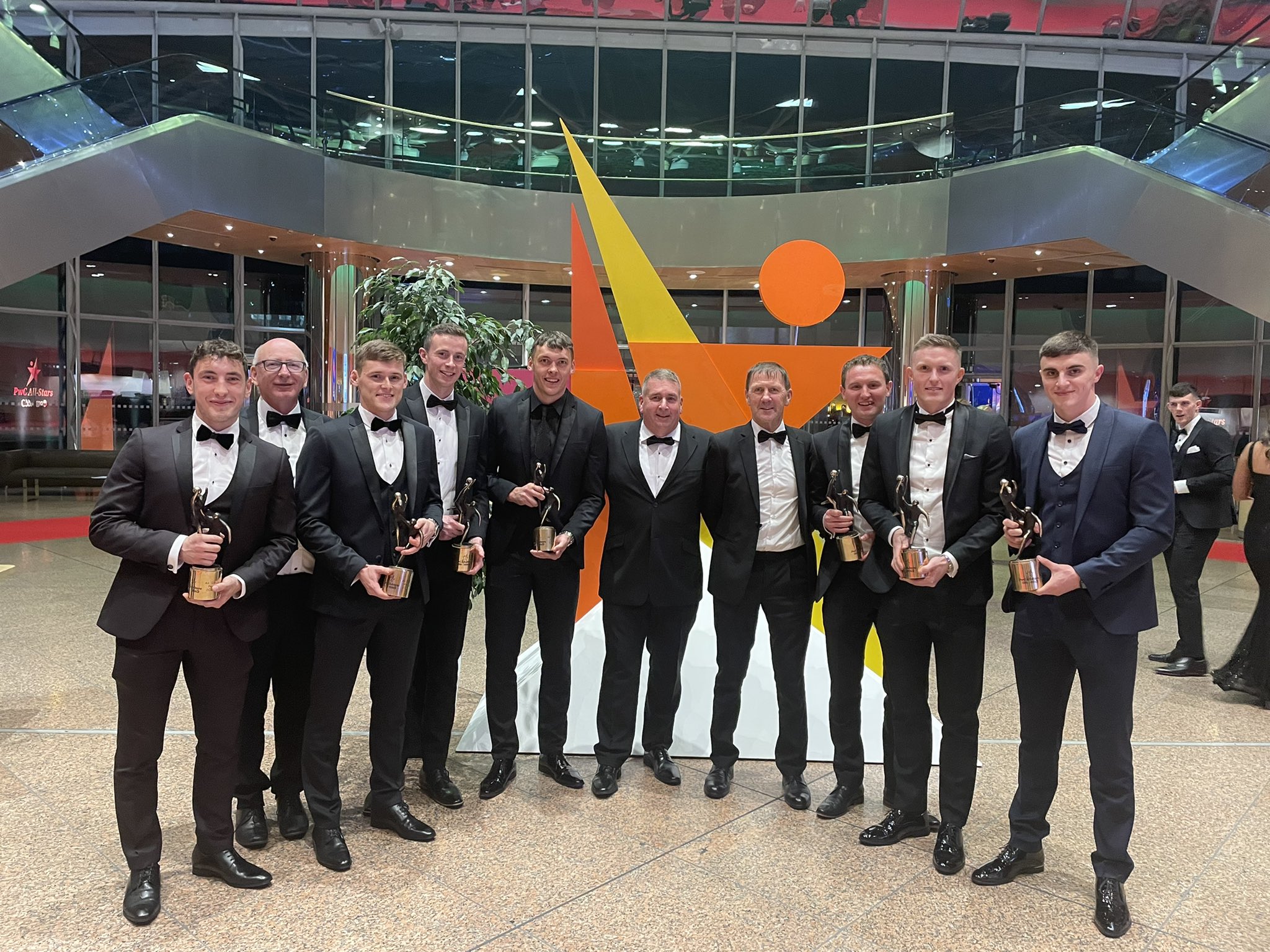 The star-studded final 15 contains a notable 11 first-time winners as well as a new addition to the distinguished list of father-son winners with Galway defender John Daly following in the footsteps of his father Val who was honoured for the Tribesmen in the 1987 and 1990 seasons.

The breakdown is seven for Kerry, five for Connacht champions and beaten All-Ireland finalists Galway, two for Ulster champions Derry and one for Delaney Cup champions Dublin.

Derry veteran Chrissy McKaigue is included in the defence and becomes Slaughtneil’s first ever All-Star winner in their history.

Footballer of the Year contender David Clifford collects the fourth PwC All-Star of his career with his brother Paudie again joining him and collecting his second with fellow Kerry attacker Sean O’Shea also collecting an award to go with his 2019 honour.

Dublin’s Ciarán Kilkenny wins his fourth PwC All-Star in a row, and his sixth in all, and moves the Castleknock sharpshooter to the same haul as fellow Dub Stephen Cluxton and into the same company as Jack O’Shea, Ger Power and Peter Canavan who also have six.

Tadhg Morley’s selection brings more All-Star glory to the Templenoe club synonymous with the iconic Spillane brothers Pat, Mick and Tom who won 13 between them, and is a first for the Kerry club since Tom Spillane in 1987. This is Galway’s largest representation since 2001 and includes a first All-Star since Tom Naughton in 1974 for Annaghdown courtesy of Damien Comer.

Uachtarán Chumann Lúthchleas Gael Larry McCarthy said: “Congratulations to all of the footballers who have been selected on the PwC All-Stars. The awardees hold a prestigious place in GAA history and in any given year stand out as the foremost performers that we were fortunate to have for our enjoyment on GAA fields.

“The 2022 season was certainly one that will live long in the memory, and I want to acknowledge all of those who played a part in making it so memorable; not alone players, but coaches, match officials and the county committees and volunteers without whom we cannot exist.

“Our thanks to PwC for their continued support of the great GAA All-Star tradition. After first being part of a high calibre football shortlist, I know the families and clubs of the players selected on the final 15 will share in the honour and excitement. Comhghairdeas libh go leir.”

Tom Parsons, CEO of the GPA, added: “On behalf of your fellow players I want to take this opportunity to congratulate each and every one of you on being selected as a PwC All-Star in 2022. These awards are the ultimate individual honour a player can achieve in Gaelic games, and you should be proud to be recognised in this way.

“To the first-time winners, you now join a very special club and when you look at the names that are part of that club, you’ll understand just what an achievement it is. Thank you to all 15 of you for your effort, skill and performances throughout the year. And a word of thanks too, to the GAA and our long-term sponsor PwC for partnering with players to celebrate the best of the best.”

Feargal O’Rourke, Managing Partner, PwC, said: “I would like to congratulate each of the 15 football winners for the 2022 PwC All-Star Football team of the year on the stellar performances they have put in over the course of the year. Their hard work and sacrifice throughout the championship sees them as deserving winners.

“Each player is a member of a team and being a key team player has led them to this deserved recognition. Their talent, dedication and displays of excellence were very evident throughout the championship campaign and we look forward to another exciting season in 2023. We are delighted in PwC to be involved in recognising that commitment and celebrate what has been another fantastic year in the football championship.”

Dating back to 1971, the All-Stars are selected by a team of GAA journalists from across print, radio, digital, and broadcast media, chaired by Uachtarán CLG.

The PwC All-Stars will be presented at a black-tie banquet in Dublin’s Convention Centre tomorrow, Friday, October 28 and shown live on RTÉ TV. The hurling team will be announced live on the night and the programme will also confirm the PwC GAA/GPA Footballer and Hurler of the Year awards as well as the Young Player of the Year Awards on the programme. 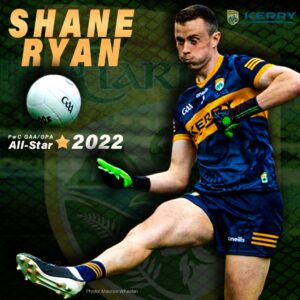 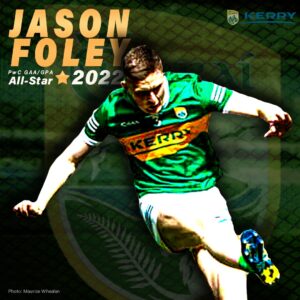 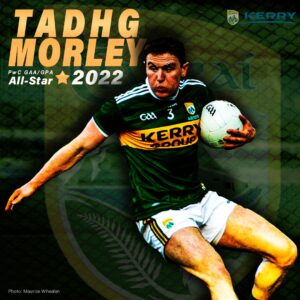 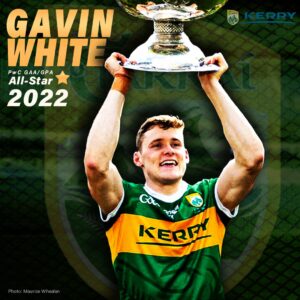 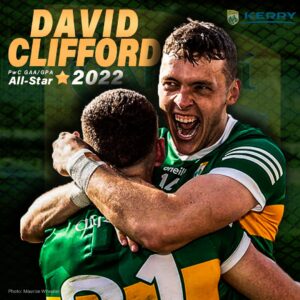 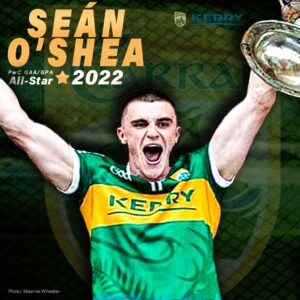 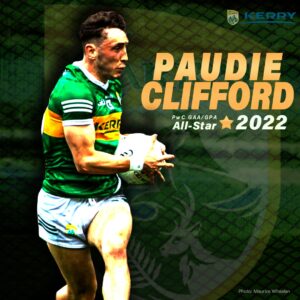 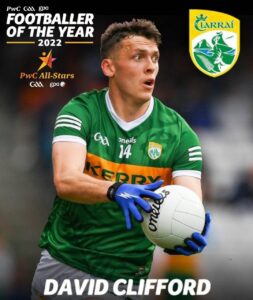 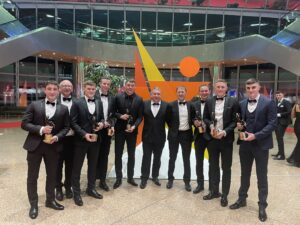 Kerry contingent at the All Star award ceremony on Friday evening