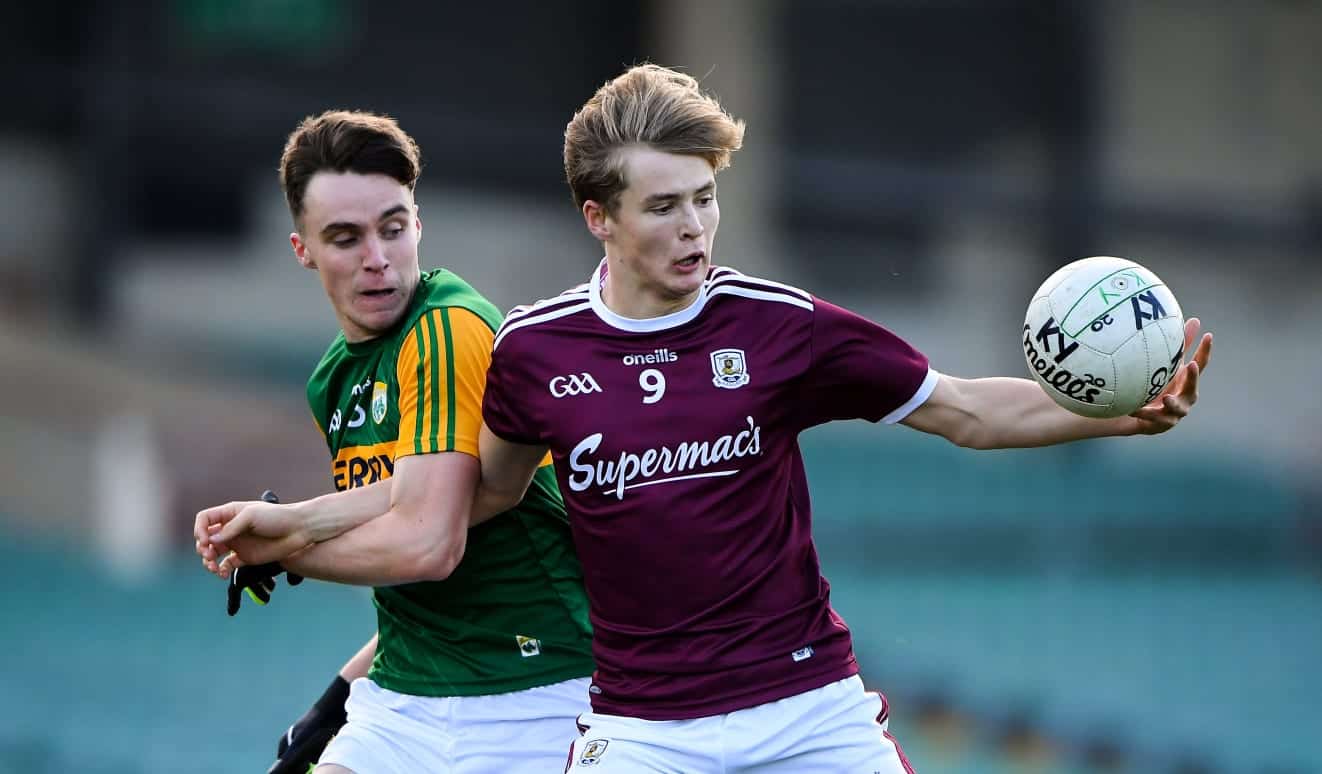 Galway trailed by four points as half time approached after goals from Cian Monahan and Ruaidhrí Ó Beaglaoich for each side, but crucial points from Tierney and Matthew Cooley cut that deficit before the interval.

A sterling defensive display restricted Kerry to three points in the second half as Tierney’s four scores after the break hauled his side back into a dominant position.

Kerry’s Lithuanian-born goalkeeper Deividas Uosis, who is about to join the Brisbane Lions, scored three long range points for his side, but Galway hit six of the last seven scores in a convincing finale to set up a final against Dublin.

Covid-19 caused havoc in both squads and forced changes, nevertheless both teams impressed at stages in the first half at the Gaelic Grounds.

One of the late switches in the Kerry forward line saw Eddie Horan starting, and he showed his class with the first two points of the game in the first and sixth minutes as the Munster champions got off to the brighter start.

Galway have been impressive at this grade of the last couple of seasons, and they struck for the lead after seven minutes when Cian Monahan exchanged passes with Tierney and fired past Uosis in the Kerry goal.

At the other end the Kerry forwards looked very dangerous though, and Paul Walsh kicked his first of the half before Seán Keane levelled matters at 0-4 to 1-1 after 15 minutes.

Galway should have pulled clear just before the water break though, but Cooley was denied by a smart save from Uosis. And after two sweet Walsh points, the Kerry keeper drilled over a 45 to give his side the lead again in the 26th minute.

And three minutes from the interval Kerry took charge when Ó Beaglaoich ran on to Horan’s flicked pass to goal, although Cooley and Tierney frees following a black card for Seán Keane kept Galway in touch at half time with Kerry 1-7 to 1-5 ahead.

It didn’t take Galway long to trim that lead when Tierney kicked a point from an offensive mark, and when Kerry lost centre back Dylan Casey following a collision with one of his teammates they had another setback to deal with.

Tierney showed a cool head to kick his fourth point from a long range free following a foul on Cian Hernon, which levelled matters at 1-7 apiece nine minutes into the second period.

Dylan Geaney wasn’t long on the field when he kicked Kerry level in the 43rd minute, but another substitute Eoin Mannion also made an immediate impact when he won the free that allowed Tierney to kick his fourth point of the second half to give Galway the lead again.

Kerry looked to their goalkeeper again 13 minutes from time and Uosis’ long range free drew them level at 1-9 to 1-9, and despite a rare Tierney missed free, Galway took the lead again when Cian Monahan added to his first-half goal with a great 50th minute point.

A late tackle from Luka Brosnan on Jack Kirrane meant Kerry finished with 14 players after he got a black card, and when Cooley kicked the free that followed and his side had the comfort of a two-point cushion.

And they closed out the win as Hernon, Nathan Grainger and Patrick Kelly hit points in the closing stages.