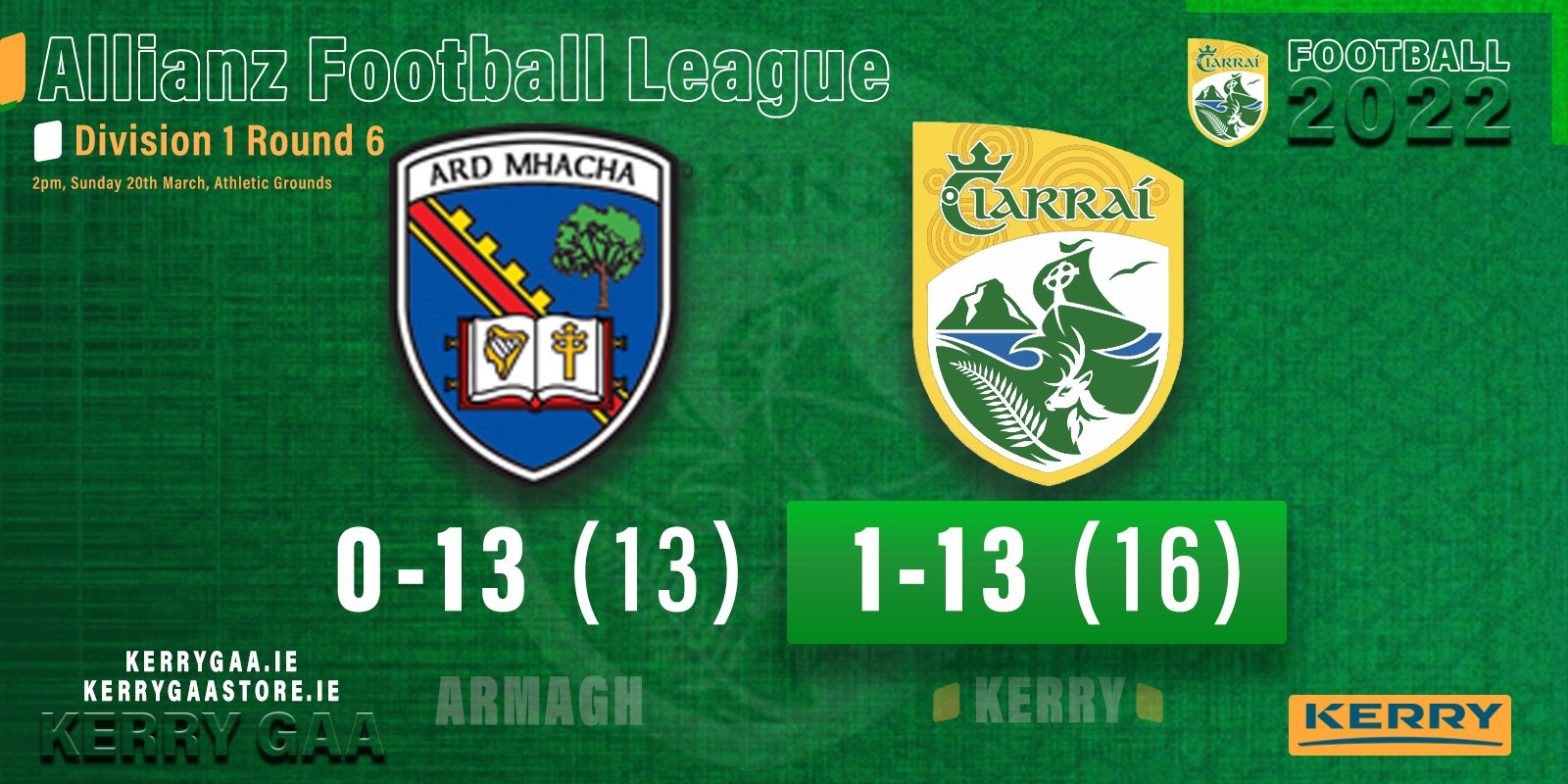 By Steve Malone at the Athletic Grounds

Kerry displayed quality, class and importantly David Clifford (1-03) as his second half goal was the difference between the Kingdom and Armagh on Sunday.

Kerry’s defence was magnificent throughout and they limited Armagh’s attack to only five points from play. Played in front of a massive crowd in the Athletic Grounds the game had a championship feel to it and certainly displayed some of the heated hits.

The Kingdom led 0-08 to 0-04 at half-time, the busy Jack Savage, Tony Brosnan, Stephen O’Brien and Paudie Clifford all found the target while Dairmuid O’Connor who was excellent tagged on a score.

Tiernan Kelly opened the scoring but Kerry struck the next six points before he grabbed Armagh’s second and the Orchard finished the half with three of the next four points with full-back James Morgan and Rian O’Neill tapping over.

Savage received a black card only seconds before the half-time whistle, which meant they started the second period with 14 men, but one of those included David Clifford.

It was an Armagh substitute Stefan Campbell that got the second half scoring underway but Clifford’s goal stopped the Orchard in their tracks to give the Kingdom a healthy six-point lead.

Armagh fought back and Jason Duffy almost netted but for Shane Ryan’s goal-line save. Instead, the Orchard made do with points from Jarly Og Burns, Greg McCabe, Rory Grugan and O’Neill. But Kerry had done enough to cement their place in the national league final.