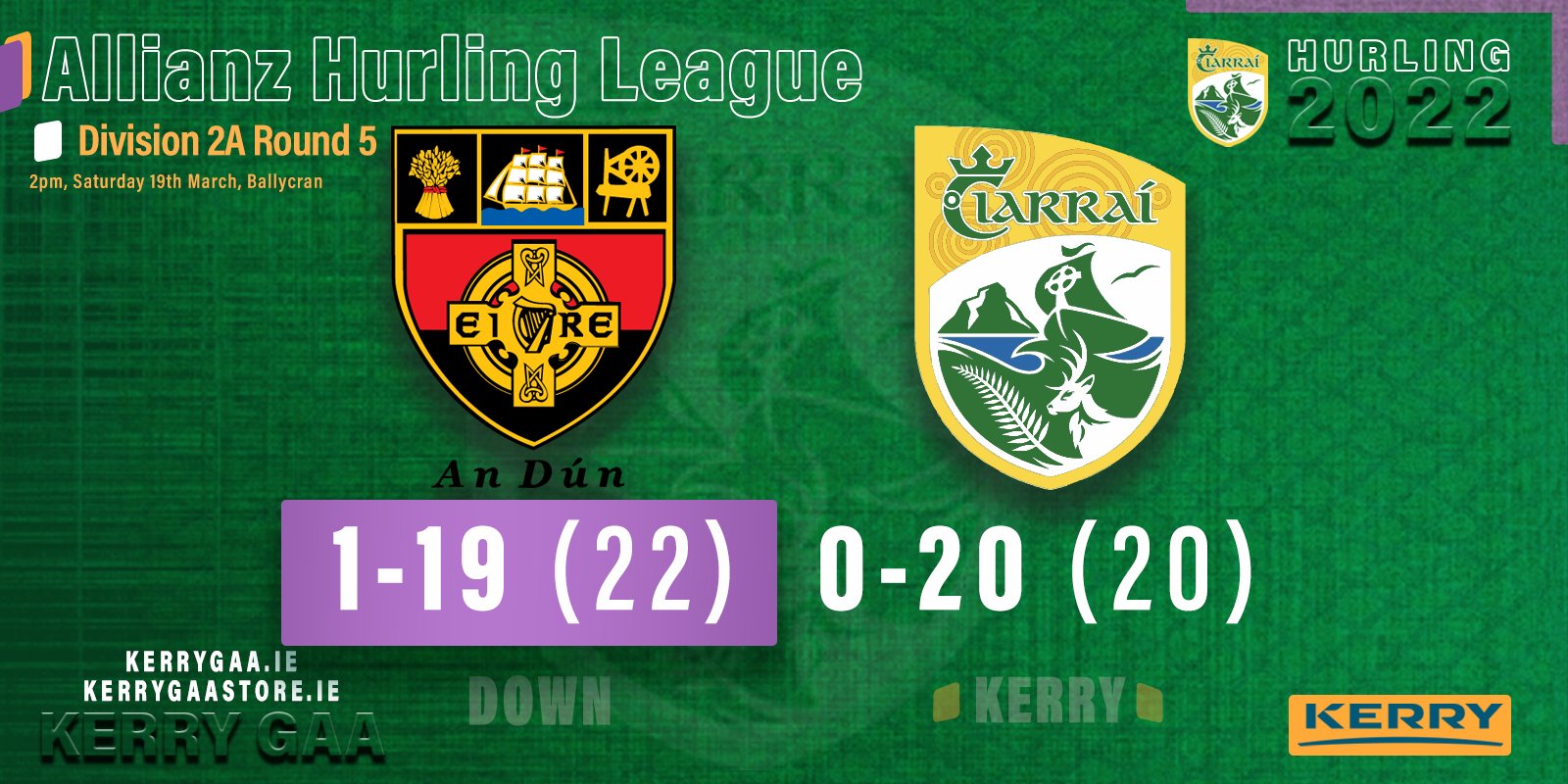 A fourth win in five games means that Down secured the top spot in Division 2A of the Allianz Hurling League and with it passage through to the league final, while Kerry will have to travel to Westmeath to see who takes on the Mourne County, following this weekend’s games.

After making the long trip up to Ballycran, Stephen Molumphy’s Kerry side played with the wind in the first half and started to move through the gears in the second quarter, with Shane Conway, Micheál Leane, Pádraig Boyle and Paudie O’Connor on the mark as they moved 0-14 to 0-8 in front by the interval.

The game swung decisively Down’s way after half time when Eoghan Sands fielded a high ball and drove through on goal, only to be dragged down by Conor O’Keefe, who received a black card for the incident.

Conor Woods found the net with the penalty and by the 55th minute, Down were level through a Paul Sheehan free.

Kerry dug in throughout the final quarter to keep it tight, but Oisín McManus was on target with two late dead ball scores to clinch the win.