Kerry & Dublin have to go again!! 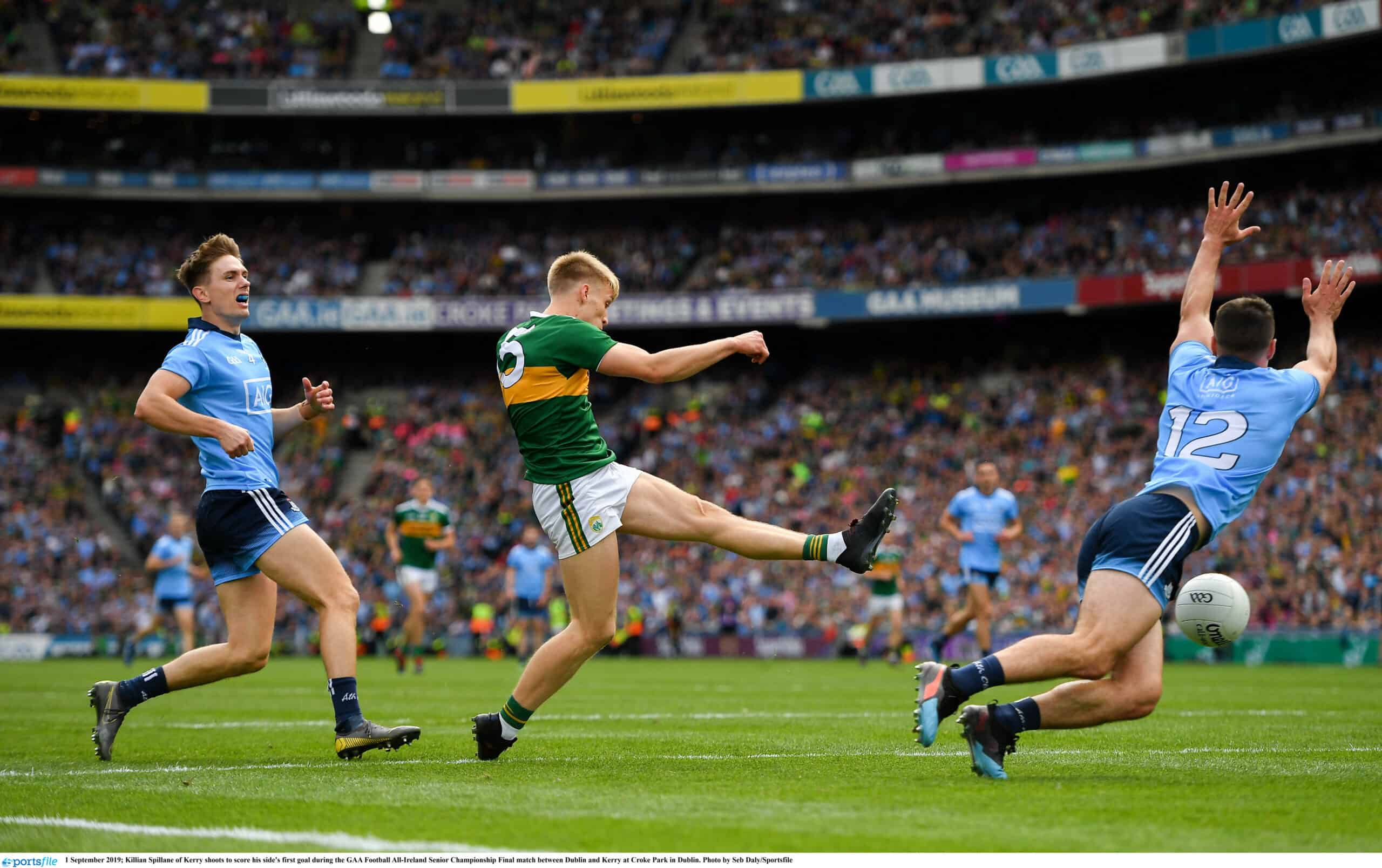 We live to fight another day!

Are there sufficient adjectives to describe the game last Sunday? It was a spectacular occasion.

The ‘Underdogs’ really took the game to Dublin and could have won it but equally could have cruelly lost it! The atmosphere was so tense particularly for the last ten minutes.

An All Ireland final really is an occasion for all GAA fans across the world to enjoy. Croke Park was awash with colour. The crowds cheered as the team emerged onto the field shortly after 3pm. That was followed by the introduction of the President of Ireland and the parade behind the Artane Band. The Kerry team sang the National Anthem with some gusto and passion and it was clear that they were ready for the battle ahead.

Only one change was made to the starting 15 and that was Jack Barry coming in for Killian Spillane.

Kerry began with plenty of possession but some of our shooting went a little wayward. At half time we trailed 1-9 to 0-8 and Dublin were down to 14 men following the sending off of Johnny Cooper after receiving 2 yellows.

Remarkably Kerry pulled it back to a draw and then went ahead by 1 point. Killian Spillanes’ goal was crucial in the comeback fight 20 minutes into the second half. In additional time, Dean Rock drew the game level 1-16 a piece. Rock also had the opportunity to win the game for Dublin but the shot went wide and the game ended a draw.

We have another chance to become All Ireland Champions on September 14th at 6pm.

The ticket scrabble has already begun! Stand tickets are priced at 60 Euro and terrace tickets are 30 Euro. Information on tickets distribution will be circulated to clubs in the coming days.

We wish to thank the supporters for traveling in large numbers to Croke Park last Sunday.

The Kerry Supporters Club will be bringing coaches to Dublin for the replay. Seats must be booked and paid for on Monday night at the Listowel Arms Hotel and at the Ballygarry House Hotel at 8.30pm.

We hope that there will be similar numbers in Croke Park on Saturday week. The lift the Kerry roar gives to the players is invaluable!

We also wish to thank everyone who supported our various fundraising initiatives in the lead up to last weekend’s final.

We would also like to thank all the Kerry fans who proudly displayed their colours on homes and workplaces.

Finally, we wish to sincerely acknowledge the support of our generous sponsors Kerry Group.

As result of the replay, there will be changes to the County’s fixtures plan. At the time of writing this piece, details were unavailable.

However information on County League fixtures and on the Garvey’s Senior Football Championship fixtures will be emailed to clubs in the very near future.

The Kerry players and management made us extremely proud last Sunday. We can’t thank the players enough for the entertainment and joy they have provided us with this year. They are a credit to the Kerry jersey and we are fully behind them on Saturday week.