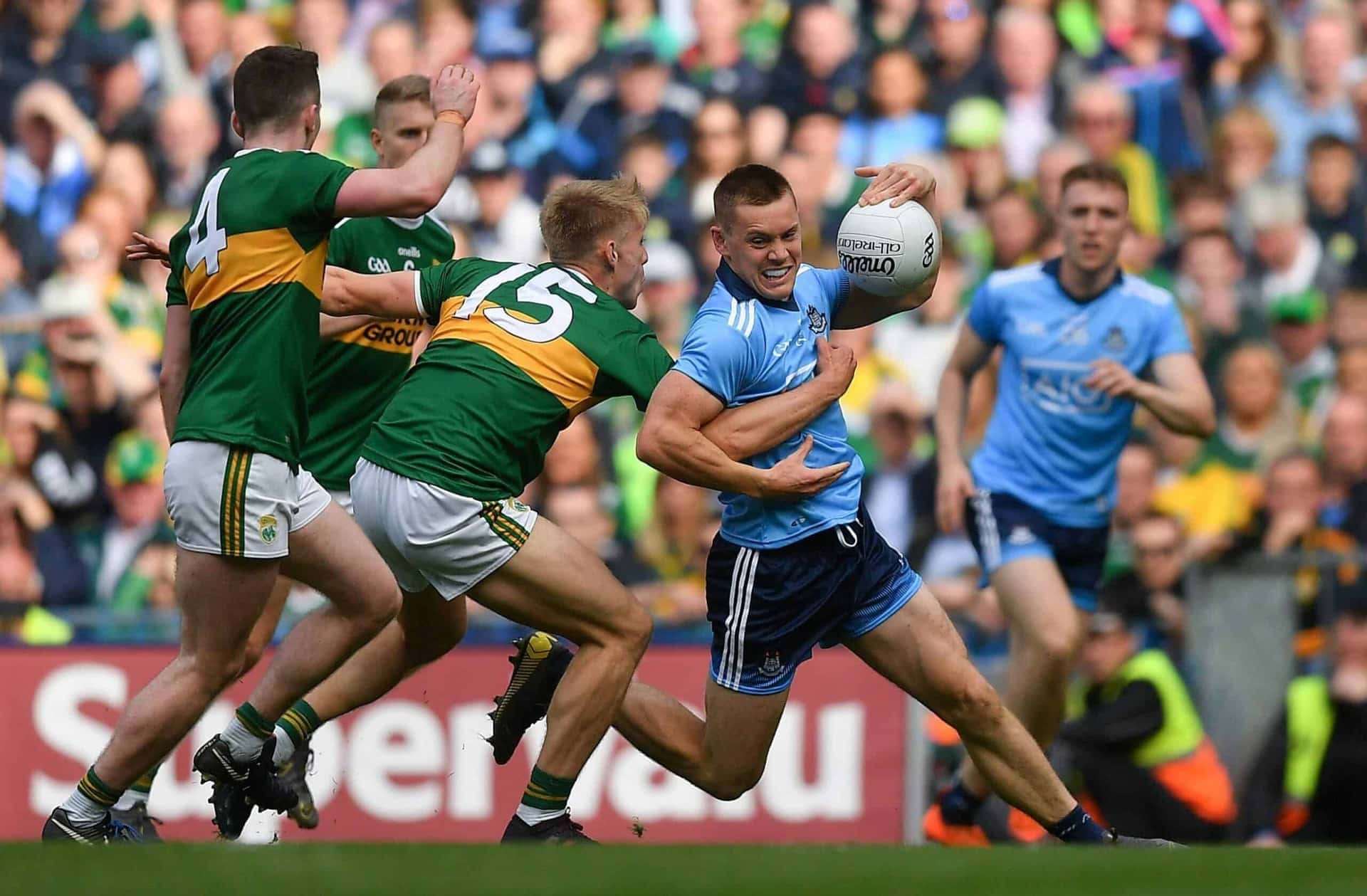 This compelling Croke Park thriller went the distance. Ultimately a replay will be necessary on Saturday September 14 to determine where the Sam Maguire Cup will reside for the rest of 2019.

Packed with drama from start to finish neither outfit could summon a knockout blow in an intense game featuring so many intriguing subplots.

Kerry hit the front in the closing stages, but Dean Rock’s injury time point proved to be the levelling score. The prolific Ballymun Kickhams attacker had a last gasp opportunity to seal victory for Dublin, but dragged a free wide from an acute angle.

Parity prevailed, but Dublin demonstrated real resilience to survive following the first half dismissal of Jonny Cooper for a second bookable offence.

At that stage Kerry trailed by five, but Peter Keane’s resourceful team found a way back into the contest, especially following the introductions of Killian Spillane and Tommy Walsh.

Those two Kerry substitutes added power and pace to the Kerry forward unit and when Spillane made the Dublin net dance in the 56th minute the Drumcondra venue shook.

That major brought Kerry to within two and further points from Walsh and Sean O’Shea had Kerry level with eight minutes of normal time left to play.

Dublin, under pressure with 14 men, had been clinical for much of the second half nailing five of their first six attempts, but by now the match was wild.

Rock squeezed over a free, but Kerry summoned another response. O’Shea equalised and then Spillane rifled over. Kerry were ahead and questions were being posed by the snappy underdogs. Jim Gavin’s charges stayed cool.

Cormac Costello had an effort chalked off by Hawk-Eye as the tension levels were sky high.

Rock had the craft to land a 74th minute score to bring Dublin back on terms once again. Then a foul by Sean O’Shea on Paddy Small afforded Dublin one last chance.

That was the ending, but the initial stages had supplied Kerry with hope even though their conversion rate wasn’t satisfactory.

From 17 opening period shots Kerry yielded only 0-8 compared to Dublin’s 1-9 from 15 total and that mattered deeply.

Paul Geaney had a goalbound kick taken from the line by James McCarthy in the sixth minute which was a key moment.

So too was Stephen Cluxton’s excellent save to deny a Geaney penalty in the 12th minute following a Cooper foul on Clifford.

Still for all of Kerry’s early enterprise the cold hard fact was that by the end of the first quarter the teams were deadlocked at 0-4 each.

Sean O’Shea did edge Kerry back in front, but then Dublin embarked on one of their now trademark bursts pilfering 1-2 on the spin.

The dynamic Jack McCaffrey was the main protagonist slamming a gorgeous 19th minute goal when concluding a move that included a fantastic fetch by Brian Howard from a Stephen Cluxton delivery.

Niall Scully and Ciaran Kilkenny were also involved in the creation of the goal which gave Dublin an injection of momentum.

In stoppage time Dublin had steered themselves five clear when Cooper received a second booking for a foul on Clifford. O’Shea converted a free ensuring the margin was down to 1-9 to 0-8 at the turnaround.

When the action recommenced Kerry continued to probe with Paul Murphy forcing a great reflex save from Stephen Cluxton, but Dublin were slick enough with McCaffrey contributing three points helping the holders stay 1-14 to 0-12 in front by the 55th minute.

Spillane and Walsh were now very much in the reckoning and it was chaotic until the end. Kerry got back level. Dublin took the lead. Kerry responded to hit the front before being pegged back. It was that sort of day; edgy and exciting. The next instalment will be worth monitoring.