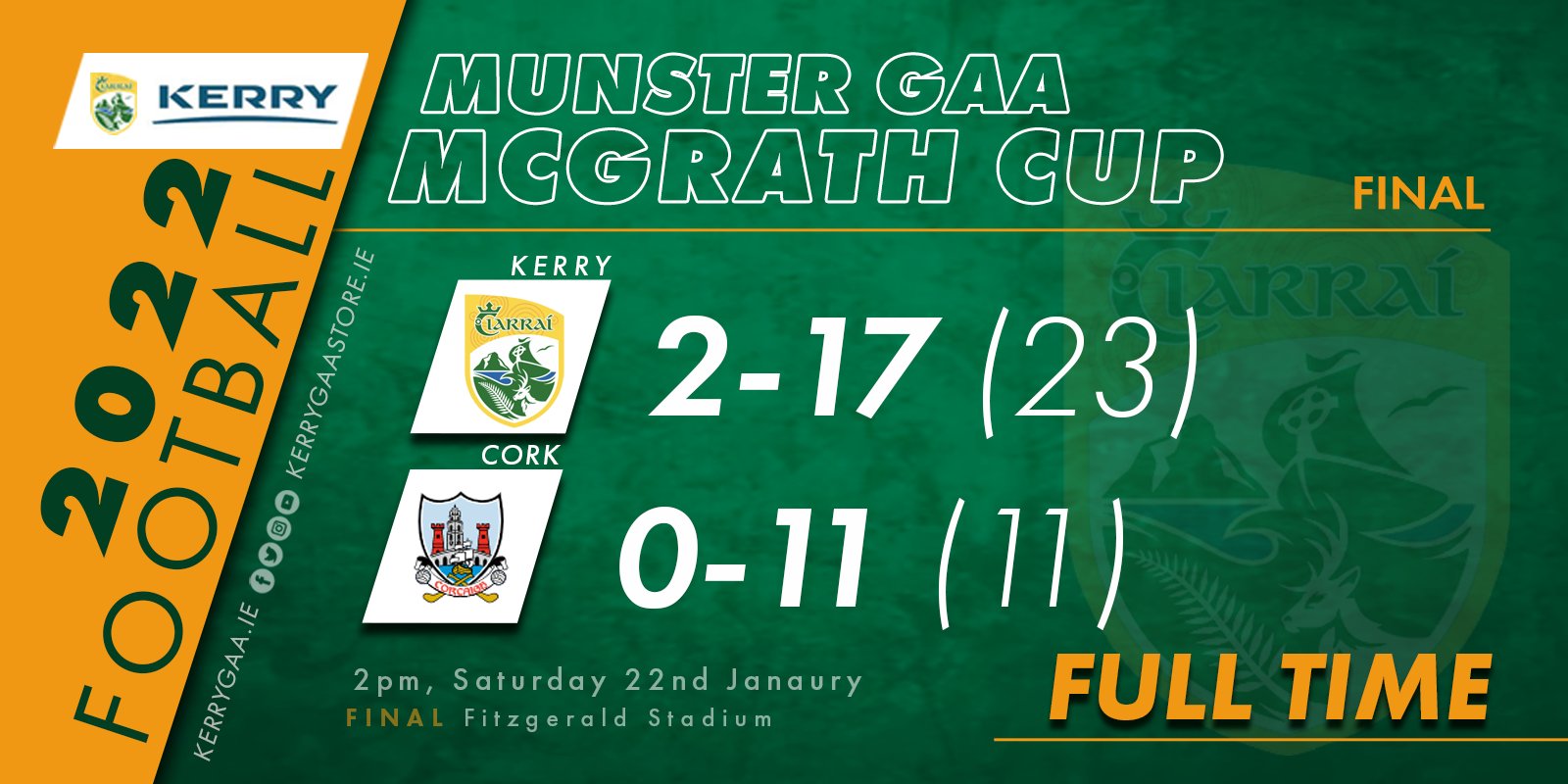 Kerry are McGrath Cup champions for the first time since 2017 after this 12-point win over Cork.

First half goals from Dingle club mates Tom O’Sullivan and Paul Geaney laid the platform for Kerry, who were much the more cohesive and sharper looking team all through. Cork’s team was much more inexperienced that Kerry’s, with Keith Ricken philosophical afterwards about the job or work he and his players have ahead of them.

Neither manager – Jack O’Connor or Ricken – will read a whole lot into this a week out from the start of the Allianz League, where the focus immediately switches to.

O’Sullivan’s goal came after just four minutes after Geaney cleverly played in his Dingle club mate, and at the first water break Kerry led 1-4 to 0-2, with Geaney and Paudie Clifford scoring the pick of the points.

Brian Hurley was very lively at full forward for Cork and a fine point from him, and one from wing-back Rory Maguire had Cork back in the contest at 1-5 to 0-4 after 22 minutes. However, the loss of Kevin O’Donovan to a black card put huge pressure on the visitors against a Kerry team – even with David Clifford on the bench – that was quickly finding its rhythm and spark.

Cork had almost weathered that 10-minute spell with 14 players when Geaney gathered Micheal Burns’ pass across the goal and the Dingle man, looking impressively sharp through this competition, beat Micheal Martin for the second time to give Kerry that 10-point lead at half time.

Thereafter it was damage limitation for Cork, and losing the second half 0-8 to 0-6 will be a small source of consolation for the Rebels. By the second water break Kerry were 2-15 to 0-9 ahead, David Clifford on the field and scoring two points.

Cork stuck to their task – something that pleased Ricken – and they carved out late scores from Mark Cronin, Hurley and Daniel Dineen, but it was Kerry’s day.

O’Connor heads back to Newbridge next week as Kerry take on Kildare in the League.