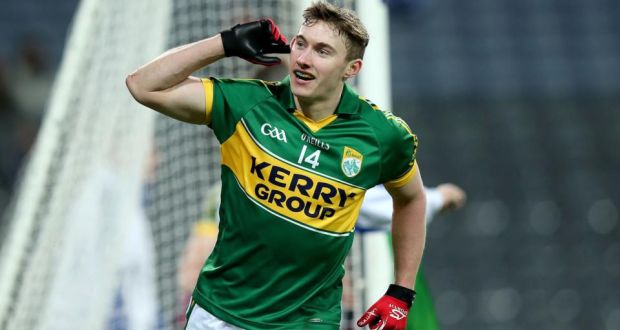 In my previous term as Kerry Manager,  I was delighted to be the one who gave James O’Donoghue his debut . James was one of the most gifted forwards to ever wear the Green and Gold. He was virtually unmarkable in 2014 when he won player of the year. He was a nightmare to mark with his pace, class and his ability to kick scores off either foot. James will be fondly remembered by the Kerry football followers and he has left us all with great memories to cherish.

Wishing James all the best for the future!

On behalf of Kerry GAA, I wish to congratulate James O’Donoghue on a distinguished career with Kerry. Like his father Diarmuid before him, James played a huge part in a great team.
James won his first All-Star in 2013 and won an All-Ireland in 2014 when Kerry overcame Donegal in the Final. James was named Footballer of the Year in 2014 and collected his second All-Star that year after finishing the championship with an impressive 4-24 tally.
James has been a brilliant servant for Kerry. We wish James well with all his future projects and wish him continued success with the Killarney Legion Club.
-
Share on Facebook Share on Twitter