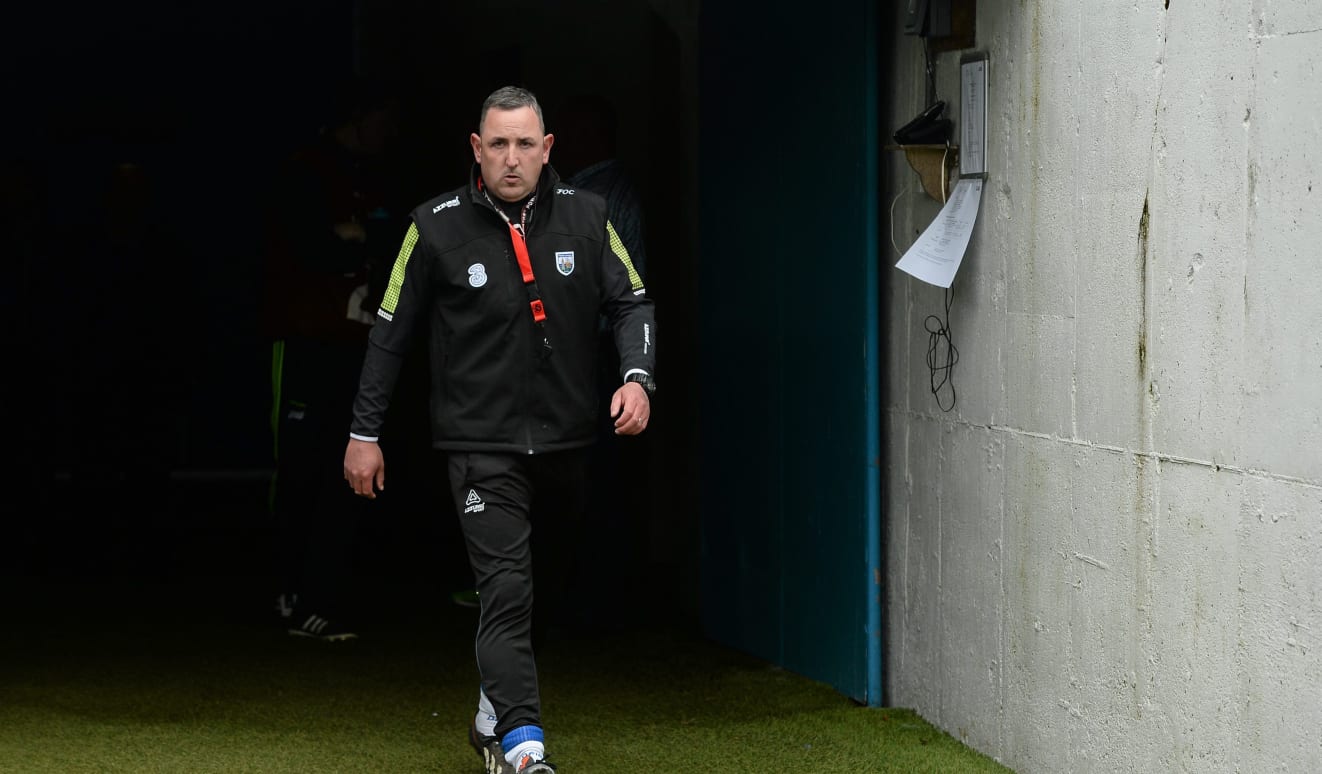 I have spent five brilliant years involved with Kerry hurling but now is the time for me to step aside.

It’s been a wonderful journey, with so many highlights along the way.

We contested two National League Finals and two Joe McDonagh Cup Finals, while I was also fortunate to be involved with the three Kerry U20 B teams who won All-Ireland titles.

I’d like to sincerely thank each and every one of the Kerry players I’ve worked with along the way for allowing me to be part of the story.

You are Kings in a County that’s famously known as the Kingdom – and I thank you most sincerely for your efforts.

I’ll look back with great fondness on my time in Kerry. It’s been a second home for me, my wife, Nikki, and our children, Ella Rose and Finn.

I’d also like to thank my family for the support they have given me during my time with Kerry, particularly during the challenging times we’ve all experienced during the pandemic.

They loved coming to Kerry and we have spent some wonderful days and nights in this beautiful county.

I’ll continue to follow the fortunes of Kerry hurling with keen interest.

To the county board, the players, supporters and clubs, you have been a pleasure to deal with. I’ve made friends for life in the Kingdom – and I look forward to keeping in touch with so many of you.

I’ll remember forever the other great days we had – beating Carlow to reach a first Joe McDonagh Cup Final, getting the better of Cork at senior level in 2018, and overcoming Offaly to stay in the Joe McDonagh Cup.

Kerry have played hurling at Croke Park on 13 occasions – and I was fortunate enough to be there for two of those, and within the space of six months.

It’s been an honour and a privilege to work on behalf of hurling people in this great county. I wish you all nothing but the very best of good fortune and success.

“On behalf of all involved in Kerry GAA, our Clubs, Supporters and Players I wish to sincerely thank Fintan along with his respective Management Teams for their incredible service to Hurling in Kerry over the past five years. Fintan’s term as Senior Hurling Manager will be remembered as a very positive period during which time a great amount of stability was introduced and a sound platform was developed in an effort to further advance inter county hurling in Kerry in a structured and well managed way.

During his tenure Fintan has transitioned many players from Under 20 level into the Senior ranks and Kerry have been very competitive over the past 3 years in particular.

We wish Fintan, his wife Nikki and their children every good wish and success in the future.”