Defeat for Kerry in McGrath Cup opening round. 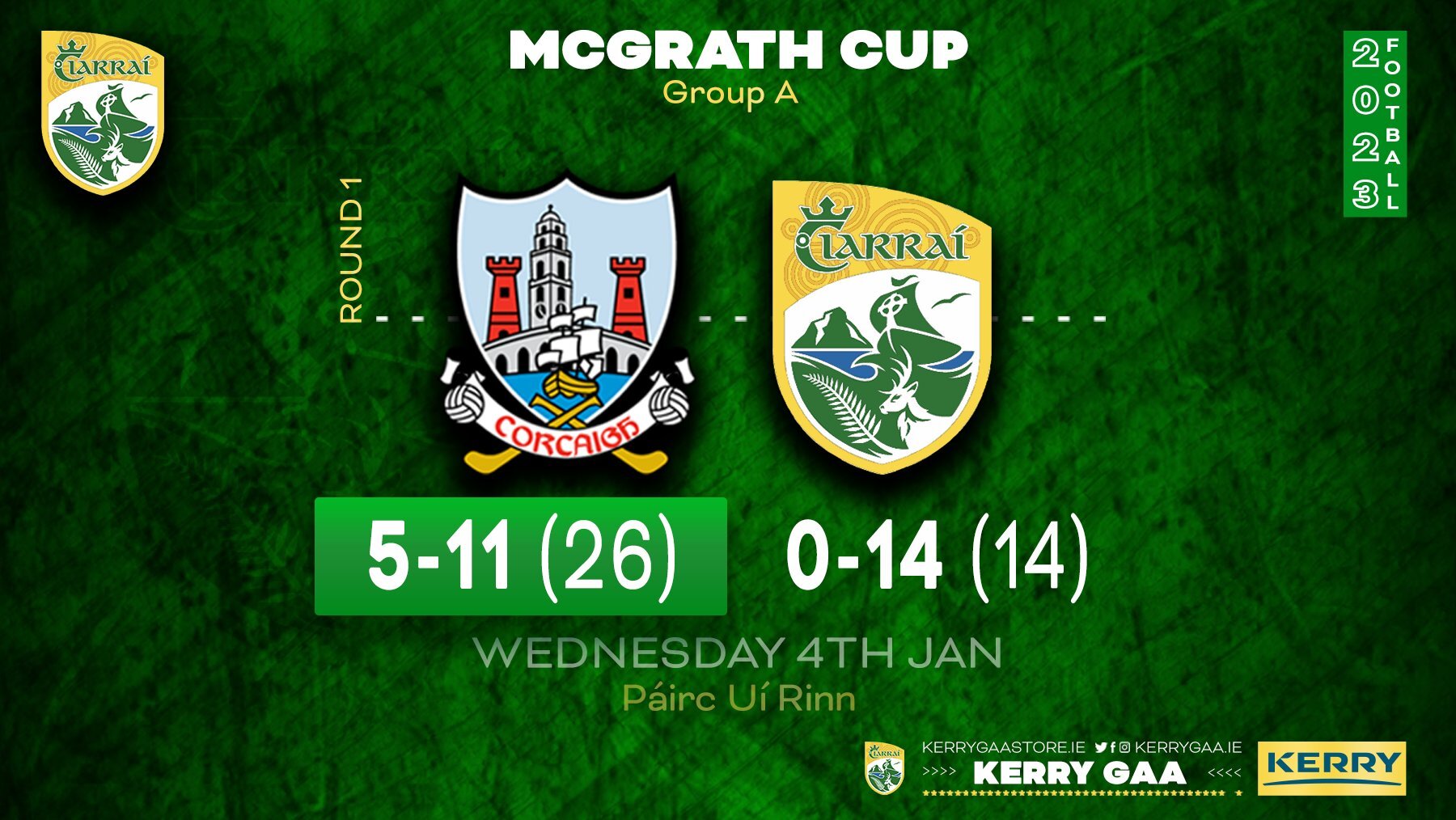 McGrath Cup Group A Round 1

Quite what to read into this runaway win for Cork over Kerry in this McGrath Cup opener is anyone’s guess, but suffice to say that neither Cork manager John Cleary nor his counterpart Jack O’Connor will not be getting carried away with what was little more than a training game for both counties.

Three first half goals set Cork on their to a neat reversal of last year’s McGrath Cup final loss to Kerry by 12 points, as they led by 10 points at half time, and grew to final lead to 12 points, even as Kerry rallied with a volley of fourth quarter points.

With just three starters from last year’s All-Ireland final team, Kerry were never going to be even a shadow of their Championship winning selves, but the warning signs for their callow team came early when Brian Hurley found the net in the sixth minute.

Kerry had early points from converted frees from Tony Brosnan and goalkeeper Shane Murphy, and a Killian Spillane score from play, but they began to lose their way after the first quarter against a near full strength Cork team.

A cheap turnover in the Kerry defence led Hurley playing in Chris Óg Jones for a goal to make it 2-2 to 0-3 after 20 minutes. A couple of Darragh Roche scores kept Kerry reasonably competitive but Cork began to exert their dominance with Colm O’Callaghan especially prominent in midfield, and his goal and three points in the last 10 minutes of the half helped Cork to a 3-7 to 0-6 half time lead.

Kerry called on some of the cavalry at half time – Tom O’Sullivan, Jack Barry and Dara Moynihan among seven half time changes – but it was moving deckchairs on the Titanic stuff.

Brian O’Driscoll smashed in a fourth goal after 38 minutes, and O’Callaghan ran his second and Cork’s fifth nine minutes later to make it 5-8 to 0-7.

With Cleary also running his bench the Cork dominance waned a little, and Kerry kicked seven unanswered points in the final quarter, but it was inconsequential to the outcome by then.

Kerry host Clare in Tralee on Sunday where anything less than a big win will surely see the defending champions relinquish their title.