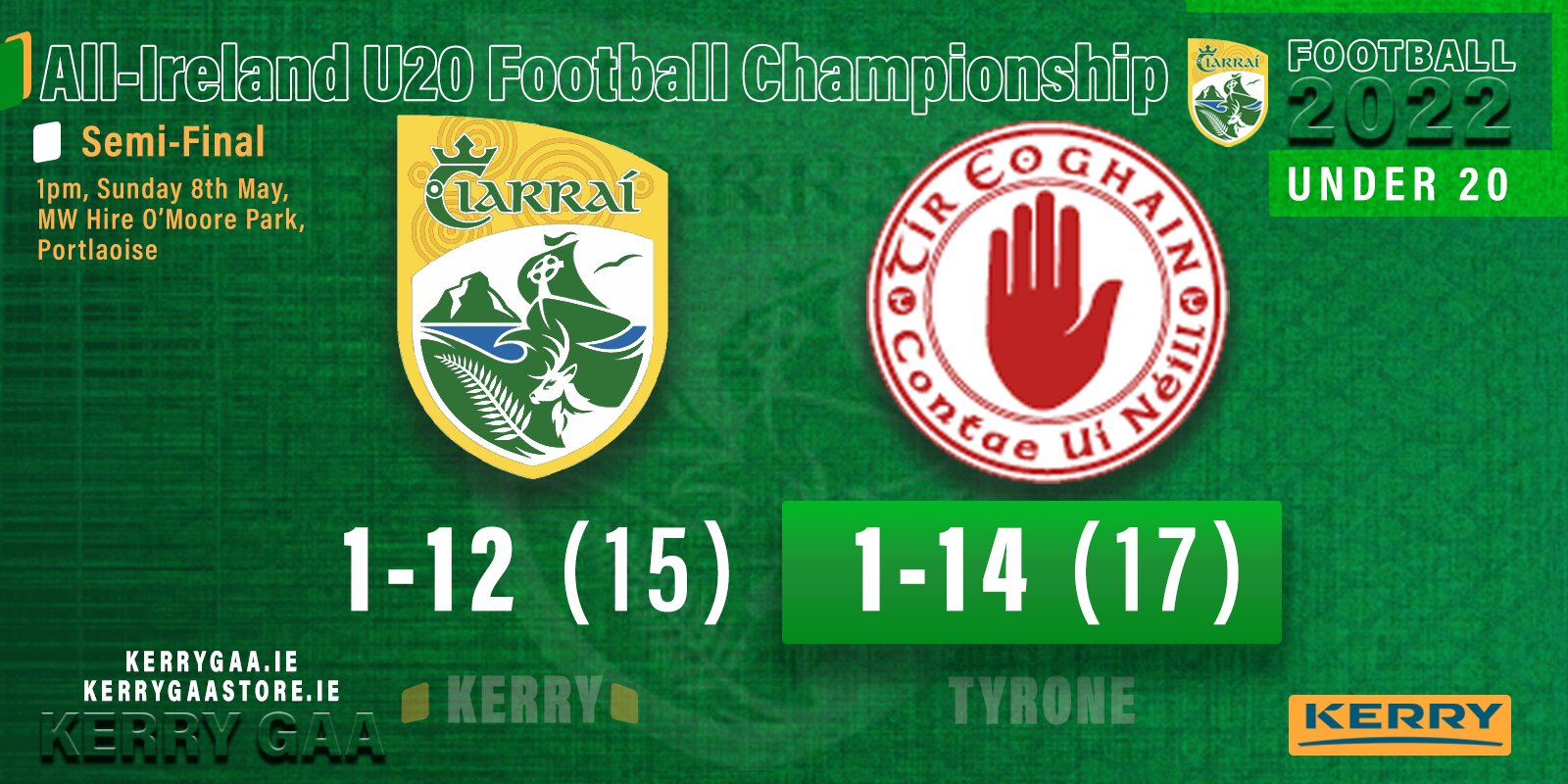 We suspected a possible injury when Conor Cush was hauled ashore by the Tyrone management with nine minutes to go in Portlaoise. Surely they couldn’t take off one of their brightest performers?

“No, no injuries at all,” assured manager Paul Devlin afterwards.

It turned out Cush had simply run himself into the ground, a tank emptying performance that summed up the industry and effort brought by the Ulster champions on a landmark afternoon in the midlands.

Sean O’Donnell was another who worked tirelessly, the Trillick teenager wearing number 13 on his back but pulling off a series of morale boosting blocks and interventions throughout the hour or so.

The magic dust on Ruairi Canavan’s boots helped too. The son of Red Hands legend Peter, and younger brother of senior forward Darragh, struck eight points and put on a clinic in scoretaking, from frees and open play.

Tyrone only actually took the lead for the first time in the 58th minute when Ciaran Bogue slammed to the net and, typically, Canavan was involved in that too, striking a point attempt off the post which was gobbled up by Gavin Potter and recycled out to Bogue.

After going in front, Tyrone remained there and qualified for their first ever U-20 final having last reached an U-21 decider in 2015, when a team including current Tyrone senior stars Padraig Hampsey, Kieran McGeary, Cathal McShane and Conor Meyler beat Tipperary to win the title.

In all, Tyrone outscored Kerry by 1-8 to 0-5 in the last 25 minutes or so and will bring vital momentum with them into next weekend’s final clash with Kildare.

“As Dermot Carlin in our management keeps preaching on the training field, ‘The body might be tired but keep the mind calm, keep yourself calm’,” said Tyrone manager Devlin of Tyrone’s energetic approach. “We knew we’d get our chances.”

The relatively short turnaround time to next weekend’s final isn’t a problem for Devlin.

“No complaints, we couldn’t be in a better position,” he smiled. “Because we could be sitting and watching next weekend if we’d lost to Kerry. We’re really in a good place, we’ve an All-Ireland final to look forward to and it’ll bring a great buzz. Tyrone and Kildare have always had good games over the years and we’ll look forward to this one and embrace it.”

Kerry manager Declan O’Sullivan and his players may take some time to come to terms with the defeat. They led for 49 of the first 58 minutes, until Bogue’s goal. For the other nine minutes of the game, they were on level terms and when former All-Ireland minor winner Dylan Geaney, their top scorer with 1-4, netted for the Munster champions early in the second-half, they opened up a three-point lead.

Geaney, cousin of county senior star Paul who was on the scoresheet against Cork in the Munster SFC on Saturday evening, was fed by the excellent Cillian Burke for the 34th minute goal.

A minute later, Burke and Geaney combined again and suddenly Kerry were four points clear, 1-7 to 0-6. They couldn’t turn the screw any further though and Tyrone dominated from there with Canavan picking off six more points to inspire a famous win.

Kerry’s cause wasn’t helped by a black card for full-back Alan Dineen in the 41st minute.

“This year has been fantastic,” said Kerry manager O’Sullivan. “Last year was a disaster with Covid. But this year we had a development league, we had plenty of time to prepare and we could prepare properly on the field as well. This year has been a really enjoyable journey.

“Players have bought into it. It’s a fantastic grade. I would have no qualms about the competition this year. If you get beaten early, it can be hard for the development of the players because you need time with them. But the experience from a Kerry point of view this year has been really positive.

“There’s a bright future in this group. I think they’re very smart footballers. They have a lot of experience now, some of it is positive, some of it is negative.

“That’s the journey of an inter-county footballer. They’re learning valuable lessons. It might not feel like that at the moment, it feels pretty tough at the moment. But I would have huge confidence that some of those guys will go on and play senior football.”