A win on the road for Kerry Hurlers over Carlow 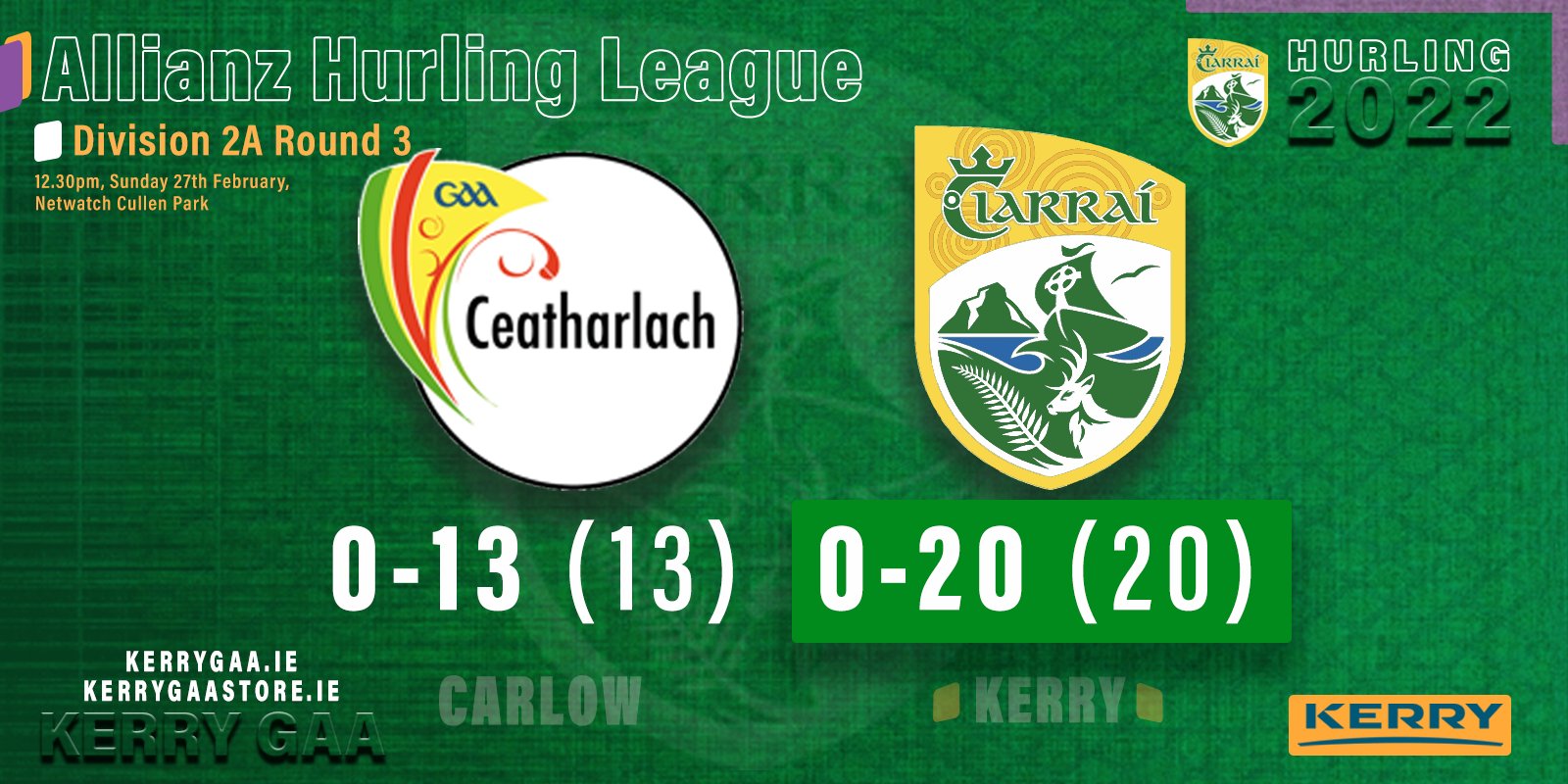 With just two out of five rounds of games to play, all six counties in Division 2A of the Allianz Hurling League are still in with a chance of both promotion and relegation, following Kildare’s narrow win over Down at Ballycran today.

Jack Sheridan’s brace of goals were the key scores for the Lily Whites, who just about held on in the face of an incredible comeback from the Mourne County.

It was a commendable effort from the home side who trailed by 15 points at half time, but clawed their way back into the match. Kildare only managed two scores in the second period, but they held on for a last-gasp victory in an incredible competitive division.

Formlines being reversed was the theme of the division, as all three counties that won a fortnight ago came out on the wrong side this afternoon.

Carlow looked like they would buck that trend when they moved four points clear of Kerry at Netwatch Cullen Park, but inspired by Shane Conway, Kerry recovered from the second off of Eric Leen to dominate the final quarter and secure a 0-20 to 0-13 win.

In the other contest in the division, Westmeath dispatched of neighbors Meath with relative ease, finishing the tie 4-23 to 1-15 to the good. Niall Mitchell had the ball in the net after 17 seconds of play in Trim and the visitors pushed on from there to lead by 3-13 to 0-8 at the interval. Another for Mitchell, along with goals for Killian Doyle and Eoin Keyes, meant the result was never in doubt.