Victory for Kerry Hurlers over the Lilywhites 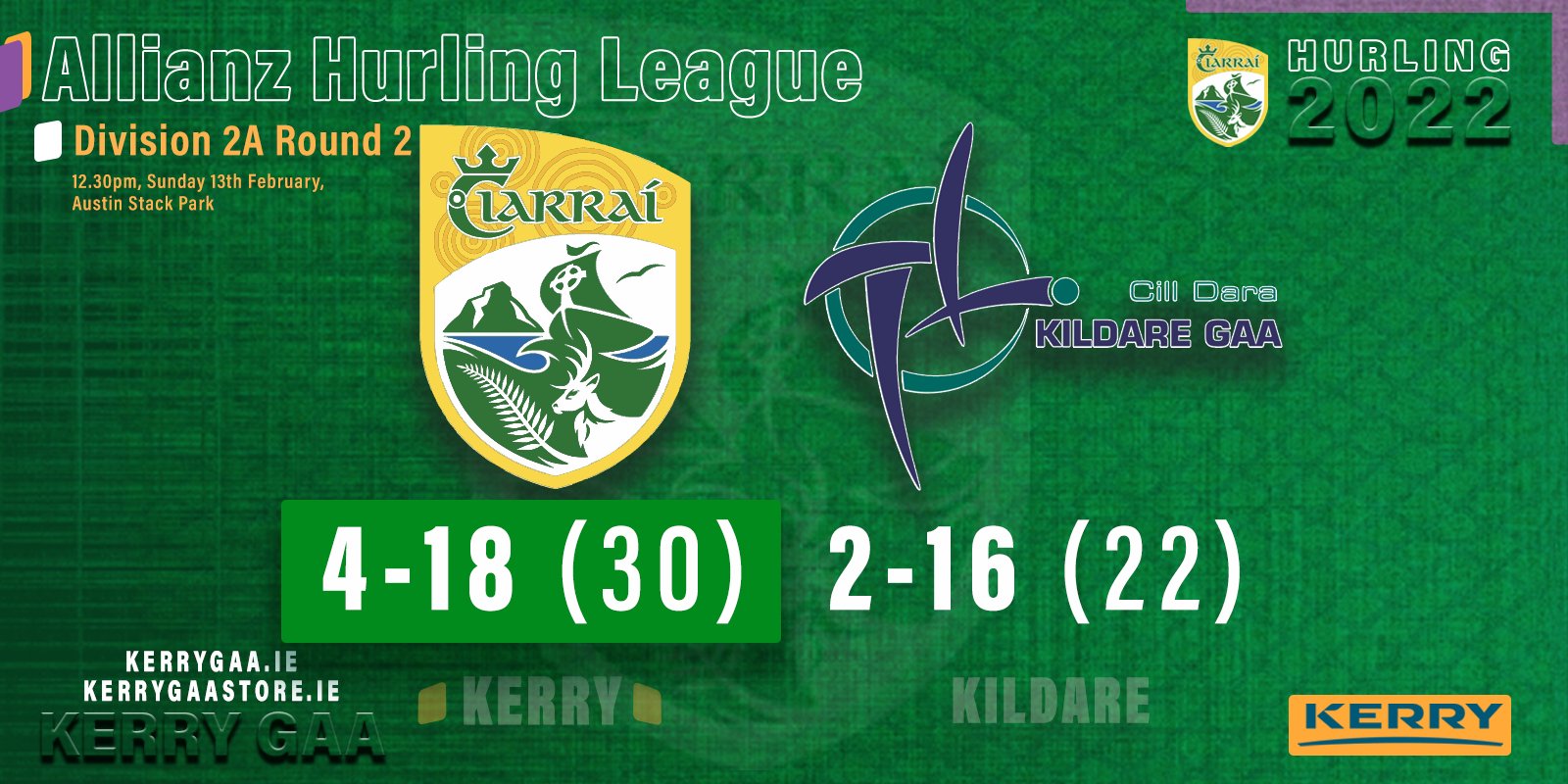 The Naas players who won All-Ireland intermediate club glory at Croke Park last weekend were back in action this afternoon at Austin Stack Park in Tralee, but this time around they found Kerry opposition that bit too strong as a wind-assisted fourth quarter comeback secured a first league win of the season for the Kingdom’s hurlers.

Kevin Aherne’s goal helped the Lily Whites to build an early 1-6 to 0-2 lead, but Kerry produced some excellent hurling, crowned by a Fionna Mackessy Goal, to pull the lead back to a single point at half time.

The second half followed the same pattern as Kildare controlled the third quarter, but Kerry used the wind to devastating effect in the last 15 minutes, outscoring Kildare 2-7 to 0-2 with Shane Conway and Shane Nolan (penalty) rattling the net.