Opening Round Defeat for Kerry in Joe McDonagh Cup 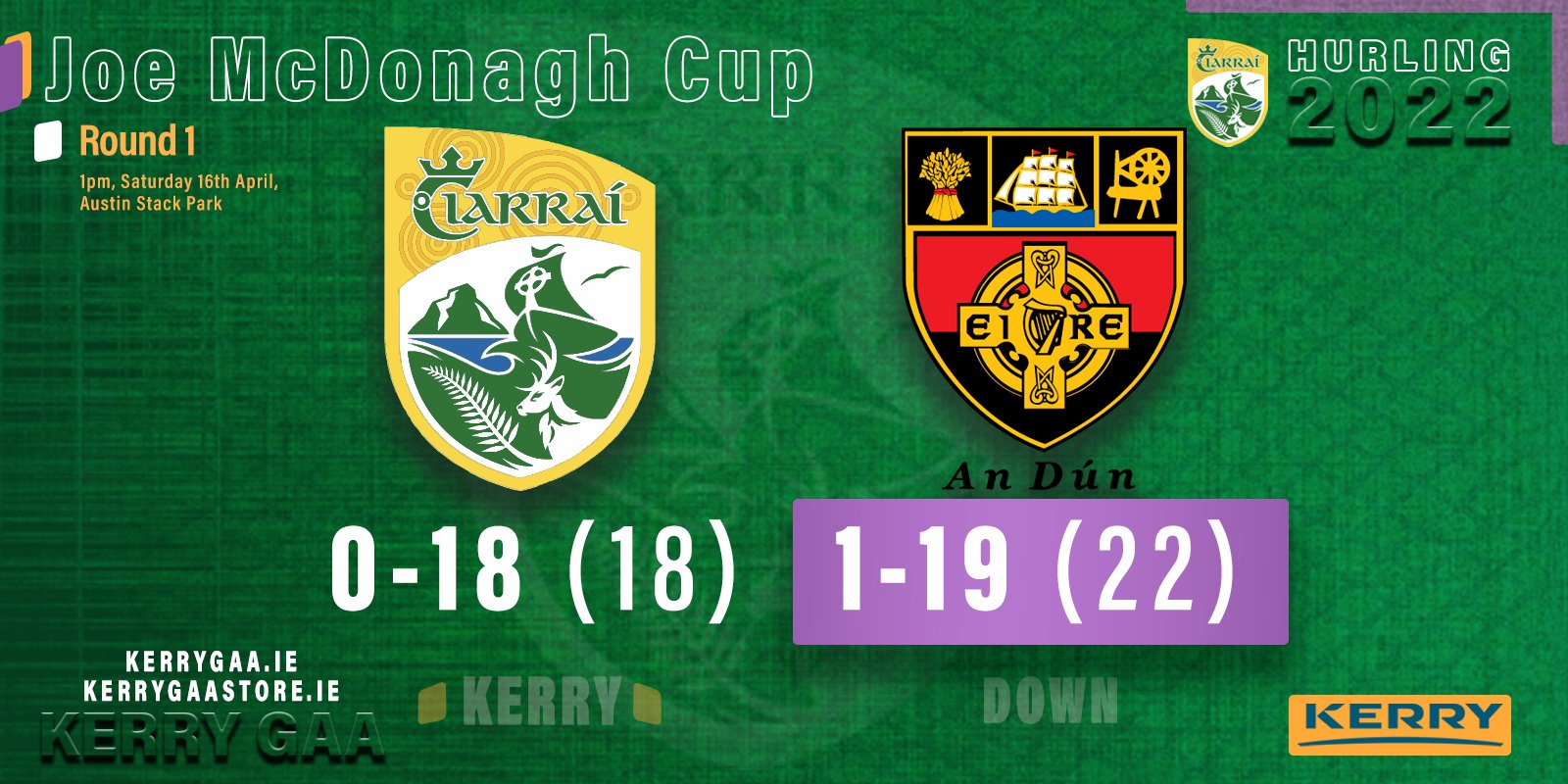 A Down goal after 19 seconds and a penalty for each team in added-on time at the end of the second half bookended this Joe McDonagh Cup game, after which Down came away from Tralee with a fully deserved four-point win.

In their Division 2A League meeting last month on the Ards peninsula, Down had two points to spare over Kerry; in Tralee they had twice that margin to spare over a Kerry team that lacked energy and ideas.

There is no doubt that Down deserved this win, even having the luxury of opting for a point from their late penalty to make it a four-point game in the 72nd minute, although had Kerry goaled from their penalty a minute later it would have made for a nervous final few moments for the Mourne men. However, once Stephen Keith pushed away Shane Conway’s penalty strike Down were out the gap with a crucial away win.

Kerry ultimately paid the price for conceding a goal to Daithi Sands inside the first 20 seconds: the Portaferry man capitalising on a defensive slip to put the sliotar past Louis Dee to stun the home supporters, and, seemed, the Kerry players too.

The first half – that early Sands goal apart – was effectively a free-taking shoot-out between Shane Conway and Paul Sheehan, with the former converting seven frees for the home side, while Sheehan was on the mark five times for Down, four from frees and one ‘65’.

Down seemed a little crisper in their hurling; their first touch was better, and their passing a little shorter and more accurate.

An early Podge Boyle point boded well for Kerry at the start of the second half, but thereafter Sheehan was unerring from placed balls, and Down pulled level by the 49th minute, 0-14 to 1-11.

The scores were still all square on the hour mark but there seemed more purpose collectively from Down, while Kerry’s ill-discipline in the tackle was presenting Sheehan with tap over frees.

That looked the wise option until Niall Mulcahy won a Kerry penalty, but Keith saved smartly from Conway’s strike and Kerry’s challenge was over.

Next weekend it won’t be any easier for either team: Kerry travel to Carlow, while Down host Antrim in an Ulster derby.