Offaly prove too strong for Kerry in AHL, Round 2 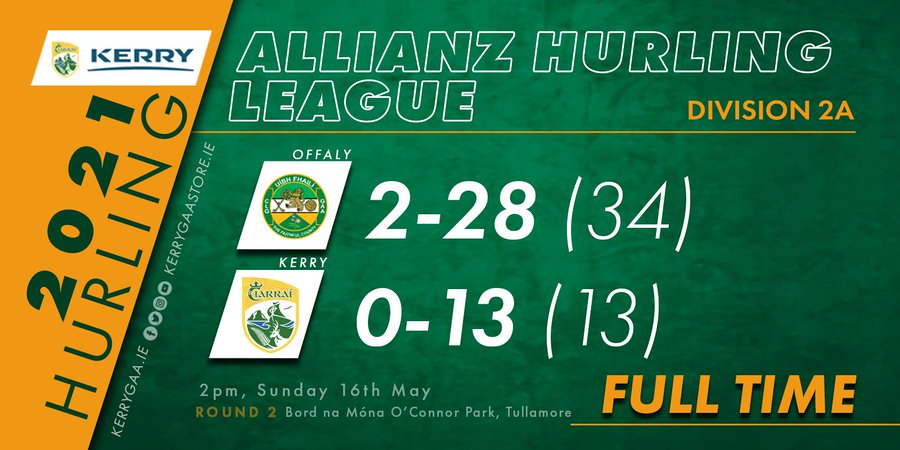 Offaly are very much in the driving seat of Division 2A of the Allianz Hurling league after they produced their most impressive performance of the Michael Fennelly era so far, putting a depleted Kerry team to the sword on a 2-28 to 0-13 scoreline in Tullamore.

Kerry have had the upper hand in this fixture in recent years but the late withdrawal of star forward Shane Conway, allied to several other key absentees, left them a long way short of full strength.

They overcame this in the early stages and were level at 0-6 each just after the first half water break, but just as they did against MEath in round one, Offaly dominated the second quarter and were effectively home and dry at half time, 2-16 to 0-7 ahead. Jason Sampson and Liam Langton were the goalscorers for Offaly, with Brian Duignan hugely impressive from open play as well.