Opening Round Win for Kerry in Joe McDonagh Cup 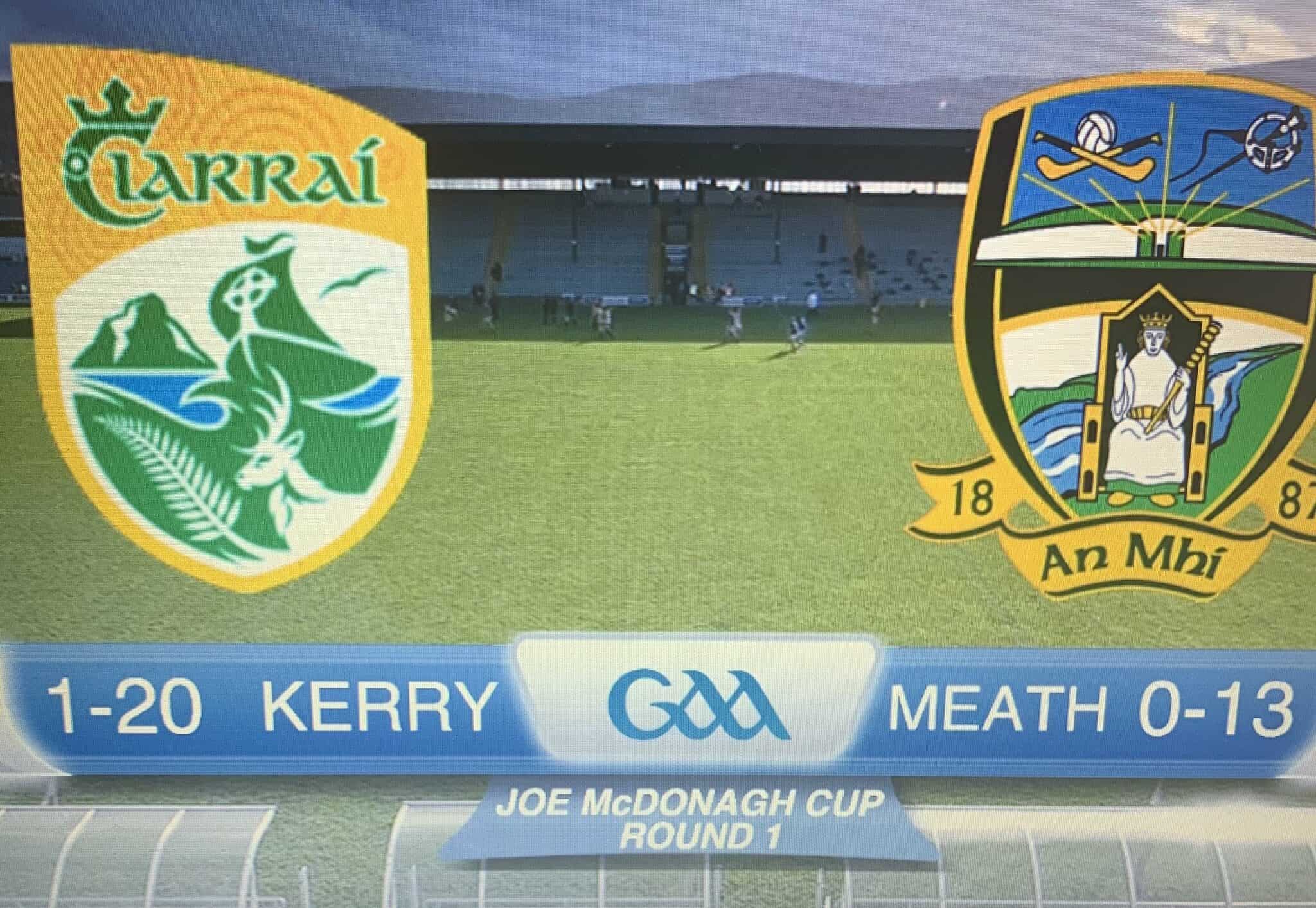 Kerry got their Joe McDonagh Cup campaign off to a winning start with a 10-point victory over Meath in a rain-soaked and then sun-splashed Tralee.

Kerry laid the foundation for the win during incessant rain in the first half, when Shane Nolan’s goal helped them to a six-point lead at the break, and the home were able, somewhat, to enjoy the fruits of that labour as the clouds parted for the second half and some welcome sunshine saw the winners home.

Despite losing the Division 2A final to Antrim the previous weekend, that game clearly stood to the Kingdom against a Meath team that hadn’t played competitively since last March. Not that Meath played poorly here – far from it – but Kerry’s touch was a little snappier and lighter, and they were able to create more scoring chances, and, crucially, convert them.

Kerry led from first whistle to last, though it really took until Nolan’s 31st minute goal for the home side to put a bit of meaningful distance between the teams – they led 1-11 to 0-6 after 34 minutes – but even then Meath hurled their way back to trail by six at half time.

Kerry’s ace marksman Shane Conway had a quiet day from open play by his standards, but the Lixnaw man converted nine frees, while midfielder Nolan chipped in with that goal and two points from play, while Mikey Boyle helped himself to four points.

Meath’s scoring power came largely from Padraic O’Hanrahan, who struck over seen frees, and wing forward Jack Regan who conjured up four fine scores from play. However, it was Meath’s inability to create any meaningful goal chance that left them chasing this game right through, and Kerry goalkeeper Darren Delaney had only one save of any note to make; a brave block down in the second half.

Kerry led 0-5 to 0-2 at the first water break, but two long-range scores from Regan helped Meath back to parity, 0-5 apiece after 20 minutes.

Kerry pushed out to a 0-9 to 0-6 lead when Michael Leane played in Nolan for a deft finish past Mark McCormack to see the home side lead 1-11 to 0-8 at half time.

O’Hanrahan and Conway traded a pair of converted frees early in the second half, but Kerry were 1-15 to 0-10 ahead at the second water break as Meath struggled to breach a resolute Kerry defence in which John Buckley, Jason Diggins and Fionan Mackessy impressed most.

The final quarter was a trade off in points largely between Conway and O’Hanrahan as Kerry eased to victory ahead of what will be a far trickier test away to Westmeath next week, while Meath have a week off to sharpen their touch.