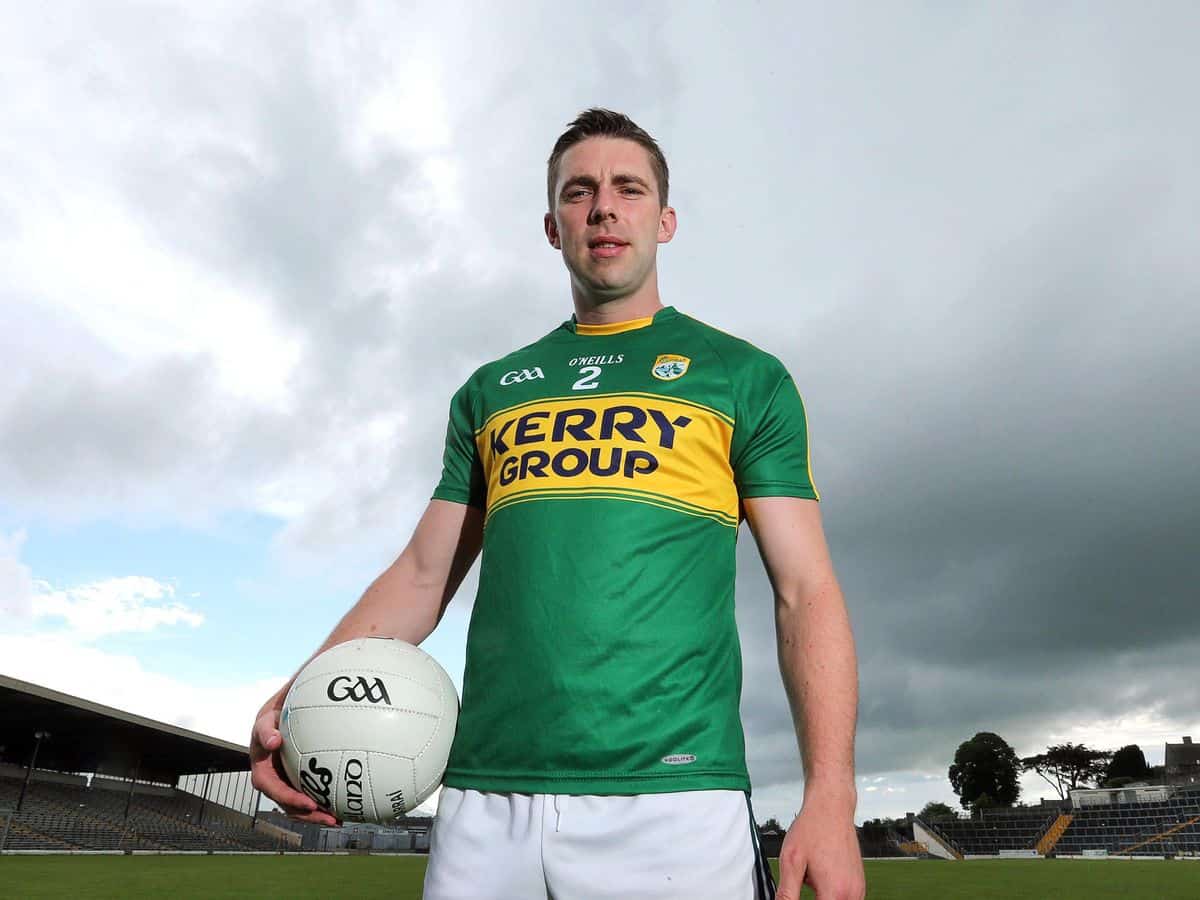 Marc Ó Sé announces his retirement from Intercounty Football
Stalwart Kerry defender and 5 time All Ireland winner Marc Ó Sé has announced his retirement from intercounty football following a career in the green and gold that stretches all the way back to 1998.  Marc Ó Sé was a firm favourite with the Kingdom supporters and in typical Ó Sé tradition he was seen at his best when the chips were down rallying his teammates with some sterling defensive plays and very often choosing the opportune time to pop up for a morale boosting point.

Today, I announce my retirement from the Kerry Senior Football Team. It has been 16 years since I first became a member of the Kerry Senior Panel and now I feel it is the right time for me, my family and Kerry to hang up my boots.

I wish to thank my family for all their support throughout my career with Kerry.

I would like to thank the Kerry County Board for all their support down through the years. I would also like to thank all the selectors, trainers, doctors, physio’s, backroom staff and of course the players whom I have been lucky to serve with during my career.

I wish to thank Jack O’Connor, Pat O’Shea and of course Eamonn Fitzmaurice for all their guidance and support during my years wearing the green and gold. I would also like to pay special tribute to my late uncle PÃ¡idÃ­ who guided me through my first two seasons with Kerry, particularly when there were question marks still hanging over me, but he continued to believe in me and while Paidí­ was no longer Kerry manager from 2003 onwards he remained a huge influence and a constant mentor throughout my career.

I wish to thank the Kerry supporters for all their support down through the years.

I wish to thank the GPA for all their help and advice down through the years.

If you told me as a child that I would go on and win All Ireland’s with my heroes I would have said I was dreaming so to be able to do that has been one of the greatest thrills of my life. To play alongside some of the greatest players to ever play the game is something I will always cherish.

I will continue to play football with my club An Ghaeltacht who have recently gained promotion to Division 1 of the County League and I look forward to playing with some exceptional young footballers in our great club.

I wish the Kerry team all the best in the years ahead and I have no doubt that they will recapture Sam in the not too distant future.

Of course I will miss playing with Kerry, miss the craic and friendships with the lads and most of all miss those big days out in Croke Park but now I look forward to my future with my partner and my young family.

Kerry Manager Eamonn Fitzmaurice paid Marc the following tribute
âOn behalf of the Kerry management and players I would like to congratulate Marc Ó Sé on his retirement. He has been an outstanding servant for the Green and Gold with a senior inter county career that stretches over fifteen years. He has played under four different managers and won five All Ireland medals and numerous individual awards in a stellar career. This remarkable longevity is a tribute to his professionalism and determination to do the necessary to keep himself at the top of the game.

I had the honour of both playing and managing Marc. He was an outstanding team mate and a pleasure to manage. He for many years was the back that got to mark the oppositionâs number one danger man. More often than not we could take that as mission accomplished. As well as being an outstanding man marker he also possessed a rare natural football ability. He was a footballing defender and was an attacking corner back long before it was en vogue, kicking scores from the no 2 position as far back as the All Ireland quarter final against Armagh in 2006.

He also had a huge presence in the dressing room which was of particular significance in the last few years. He led by example and helped to drive a culture of excellence within the setup. Be it excelling in the football sessions, winning runs, driving gym sessions or speaking in meetings Marc was to the forefront of everything we did. Many of our younger players learned a huge amount from him as he displayed to them what it takes to be a Kerry footballer and the responsibilities that go with that. The respect within the group for him is absolute.

While he is taking a well deserved sabbatical from Kerry at the moment I can see him back in a management capacity in the near future.

County Committee Chairman, Patrick OâSullivan, was fulsome in his praise for Marc Ó Sé
To say that Marc Ó Sé will be a huge loss to the Kerry Senior Football team is an understatement. From his hugely impressive senior championship debut in 2002 and in the years that followed he continued to make a massive contribution in the Kerry defence in the position which he made his own for so many years, a position which will be very difficult to fill. Marcâs retirement ends the unbroken involvement of the Ã Se family with the Kerry Senior Football team beginning with his uncle PÃ¡idÃ­ at Minor level in 1971.

Marcâs honours in the game including 5 Senior All-Irelands, GAA Player of the Year and Texaco Player of the Year in 2007, 3 All Star Awards and his achievements with his club, An Ghaeltacht are a proud record of commitment to Kerry and to his club.

Growing up in Ãrd aâ Bhothair Marc along with Feargal, Darragh and TomÃ¡s were submerged in the football tradition and with their uncle PÃ¡idÃ­ as their mentor and later Liam Ã RÃ³chÃ¡in we should not have been surprised that the Ã SÃ© family would continue to have a strong influence on the Kerry teams and go on to be long serving inter county players who would achieve the highest honours that an inter county playing career can offer.The number of years he spent playing with Kerry, started at minor where he excelled. It was not long before he established himself in the senior and Under 21 teams. I thank Marc for all the joy and entertainment he gave us down through his years as a player. He has retired from the inter county scene in the full knowledge of the vast contribution he made to Kerry GAA and Kerry people throughout the world will be sad today when they hear of his retirement

When one reads the account of his honours and achievements with Kerry and with his club An Ghaeltacht we realise the extent of his unquestioned ability, character and talent as player and the leadership he has given to his fellow team members on numerous occasions.

Marcâs playing career is laden with examples of leadership on and off the field. He always led by example knowing that if you expect your team to work hard, youâre going to need to lead by example.

Most importantly his sportsmanship and discipline has always been of the very highest standard. . He has given us great memories. On behalf of all Kerry followers I wish Marc and his family every good wish for the futureâ.

Statement by former Kerry Manager Jack OâConnor
It’s often said of Marc Ó Sé that he was too good of a footballer to be a corner back and there is merit in that. He began life with me in the number 7 shirt in the 2004 All Ireland Final on the opposite wing to his brother TomÃ¡s. He kicked the opening point in that final with the outside of his right into the Canal end after less than a minute. Within 15 mins he was back to number 2 after we had conceded a goal and that’s where he stayed for most of his career. That summed it up in a nutshell. He was a real footballing corner back. That was by no means the last point he kicked from corner back. In the 2006 quarter final against Armagh he kicked 2 great points in the second half, one with each foot.

His real strength as a defender was his anticipation and agility. He often played from the front but had the agility to get back if it went over the top. Marc could defend man on man in an era when blanket defences didn’t exist. Nowadays the inside line is rarely exposed and have plenty cover. I was a member of a selection committee that picked the best team of the last 30 years and there wasn’t much argument when it came to picking the number 2. The contribution that Marc and the Ã SÃ© family have made to Kerry football has been incalculable.