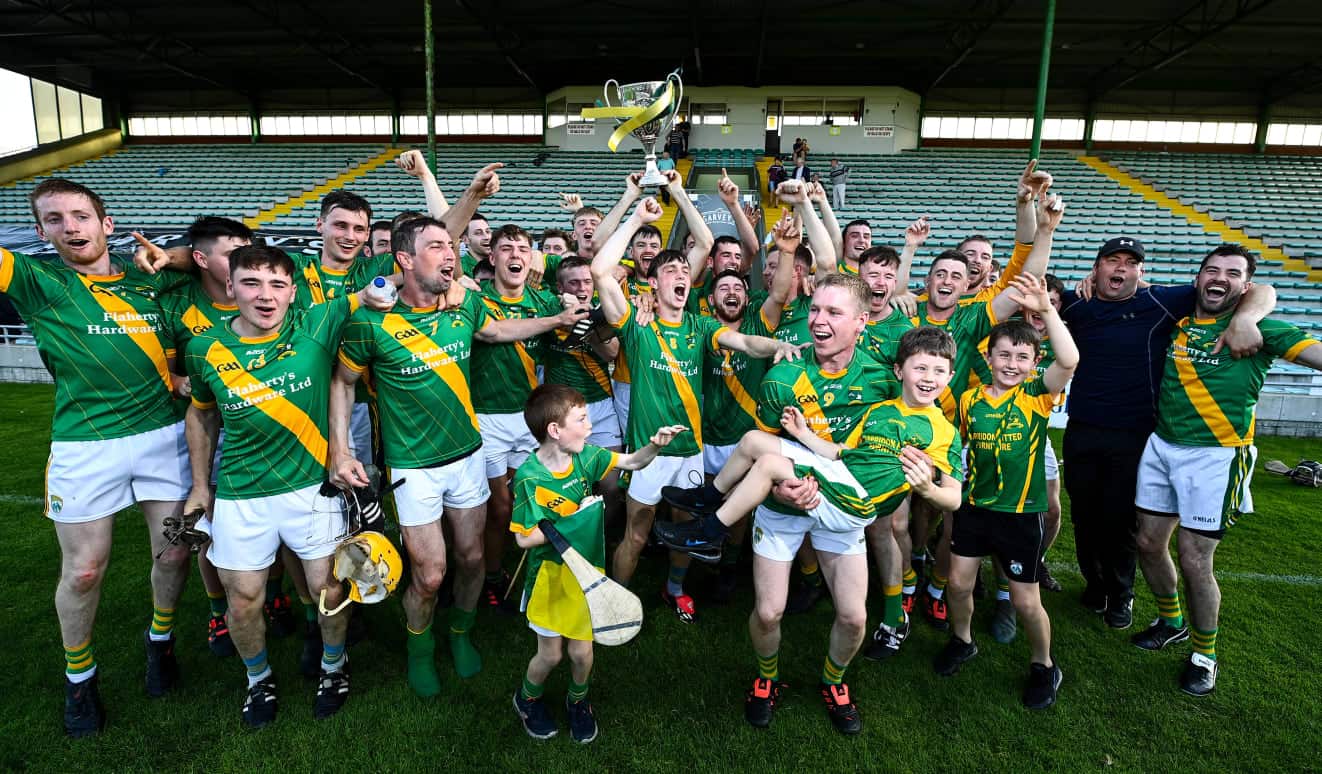 It’s said the one thing harder than winning a championship title is defending it, and Causeway found out just how hard a title defence is as they relinquished their Kerry senior hurling title to rivals Kilmoyley in dramatic fashion.

In years to come thousands might claim to have been present for the ‘Covid final’ of 2020, but just 200 passionate and partisan supporters were in Austin Stack Park to witness an incredible final. More’s the pity. This was a contest that lurched this way and that until Kilmoyley broke the finishing tape first by a nose to claim a record-equalling 25th title, drawing them level with Ballyduff.

Most of the KPIs suggested Causeway would make it back to back titles, but Kilmoyley didn’t come into this county final just to make up the numbers. They never do. They had 24 titles coming into today’s contest; they left with a 25th.

At half time it looked that they might have collected the Neilus Flynn Cup there and then and headed home: they led by 10 points at the big break and the champions looked out on their feet and out of ideas.

By the second water break it seemed that Causeway had engineered hurling’s equivalent of the rope-a-dope. A goal and seven minutes without reply had the champions level with their tails on their backs. Kilmoyley were shell-shocked and had one knee on the canvass, but rather than a towel being thrown in, they took respite in the water break and regrouped.

It took almost 20 minutes of the second half before Kilmoyley got their first score – a Daniel Collins free – but it was like getting a jab of an EpiPen; suddenly all that first half vim and vigour returned to the men from Lerrig and they found a few precious points to get the job done.

It was a job that looked done and dusted by half time when Kilmoyley took a commanding 2-8 to 0-4 lead to the interval. The first quarter was a tight affair as both sides settled in under glorious sunshine, but there was a manic work-rate to Kilmoyley that had the champions rattled from the start. Kilmoyley led 0-4 to 0-3 at the first water break, and they were 0-6 to 0-3 ahead when the game’s first goal arrived.

Maurice O’Connor found himself running on to the loose ball behind the defence but with no hurley. He took a solo, dropped the sliotar and then kicked a bullet of a shot with his boot high to the net past Tadhg Flynn.

Six minutes later, in additional time, O’Connor gathered a long pass, turned his defender and beat Flynn for the second time with a fierce shot. Ten ahead at the turn, it was Kilmoyley’s final to lose.

Not fit enough to start, Causeway threw Brandon Barrett into the fray, and within six minutes of the restart he had scored 1-2 – his underhit free making its way all the way to the Kilmoyley net.

Sean Leahy was also sprung from the bench and his three points from play helped drag Causeway right back into the match, but just as Leahy levelled it up at 1-11 to 2-8, the water break intervened to save Kilmoyley. Replenished and resuscitated the challengers kicked on again.

Crucially Causeway never led in the contest, and once Kilmoyley didn’t go under in that third quarter blitzkrieg they had a chance. They managed just four points in the second half but that was enough. Just.