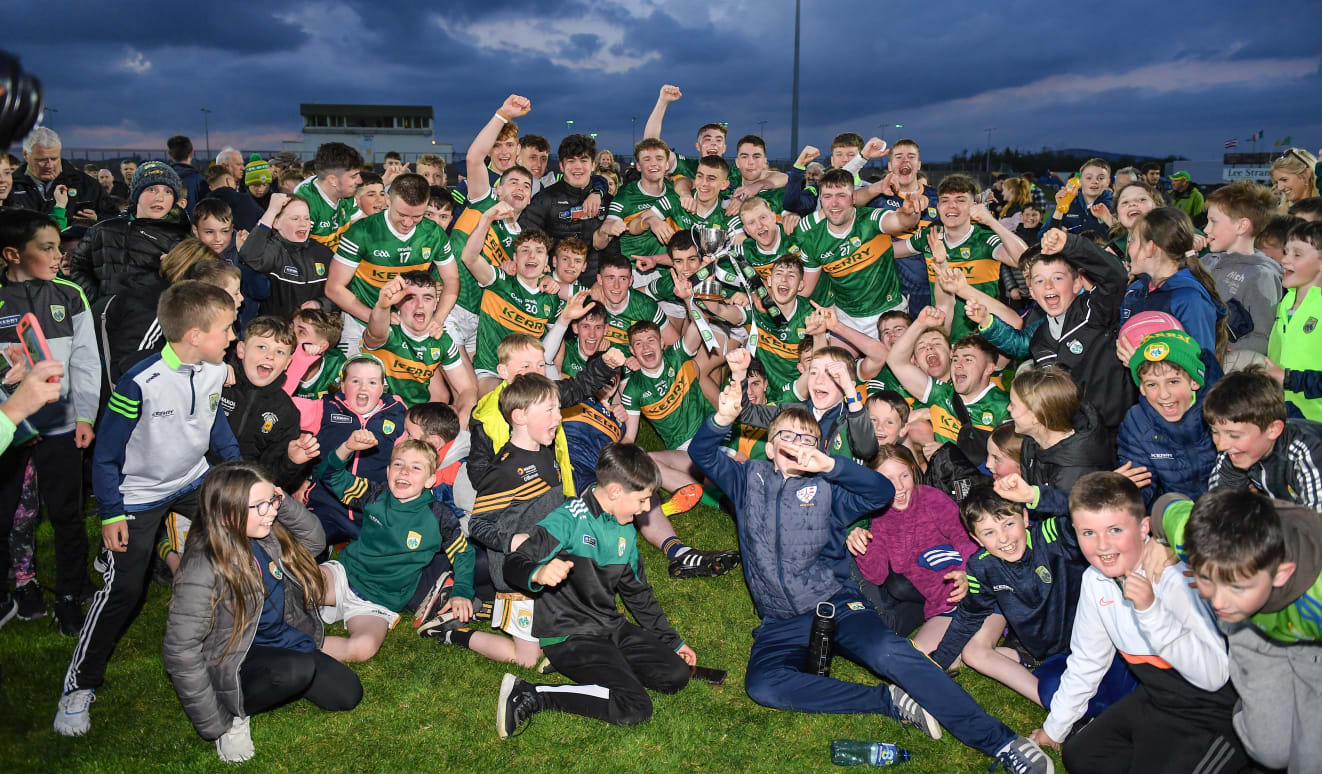 In the end, Cork’s defence of their provincial title petered out with little of that Rebel fight. Having given as good as they got from Kerry for three-quarters of this Munster Final in perfect conditions at Austin Stack Park in Tralee, the Kingdom mined six points from their substitutes bench that ultimately was the winning of this game for them.

The win sees Kerry take back the title they last won in 2020, and puts them top of the Munster roll of honour for U21/U20 titles, with this their 29th putting them one ahead of Cork.

More pressing and important, though, is the win sends Kerry to an All-Ireland semi-final against Tyrone next Saturday week, with the Kingdom looking for their first All-Ireland Under-20 title since 2008, when they won the Under-21 version.

After a jittery first half, in which both teams made plenty of unforced errors and kicked far too many poor shots, an early second half goal from Thomas O’Donnell, and six points from their substitutes, ensured Kerry relieved Cork of the title they had won in 2021 at Kerry’s expense.

Though the hosts led 1-4 to 0-6 as the game headed for the final quarter, neither team looked like runaway winners at that stage, but two points apiece from substitutes Gearoid Hassett, Jordan Kissane and Jack O’Connor saw Kerry power to victory as the Rebels’ title defence crumbled in front of a vociferous crowd in Austin Stack Park.

The teams had been level at 0-3 apiece at half time, with the first period was most notable for handling errors and poor shooting by both teams, as nerves and pressure seemed to tighten up both sets of players.

Colin Walsh and Ryan O’Donovan carried a threat in the Cork attack, but the visitors found it hard to get good possession to their inside men, while Kerry had midfielders Ruairi Murphy and Sean O’Brien carrying their fight best, with O’Donnell and Keith Evans most impressive in attack.

Both teams created a couple of decent goal chances in the first half but were denied by a combination of good defending and poor execution.

The game broke Kerry’s way in the 32nd minute when Kerry centre-forward O’Donnell took Keith Evans’ pass and scored the game’s only goal to make it 1-3 to 0-4, but by the three-quarter stage Cork were still very much in contention.

However, a couple of points from sub Hassett titled the momentum Kerry’s way again, and when Kissane nailed two fine scores just before 60th minute, Cork’s challenge wilted away, leaving O’Connor to stamp the win with his two points in additional time.