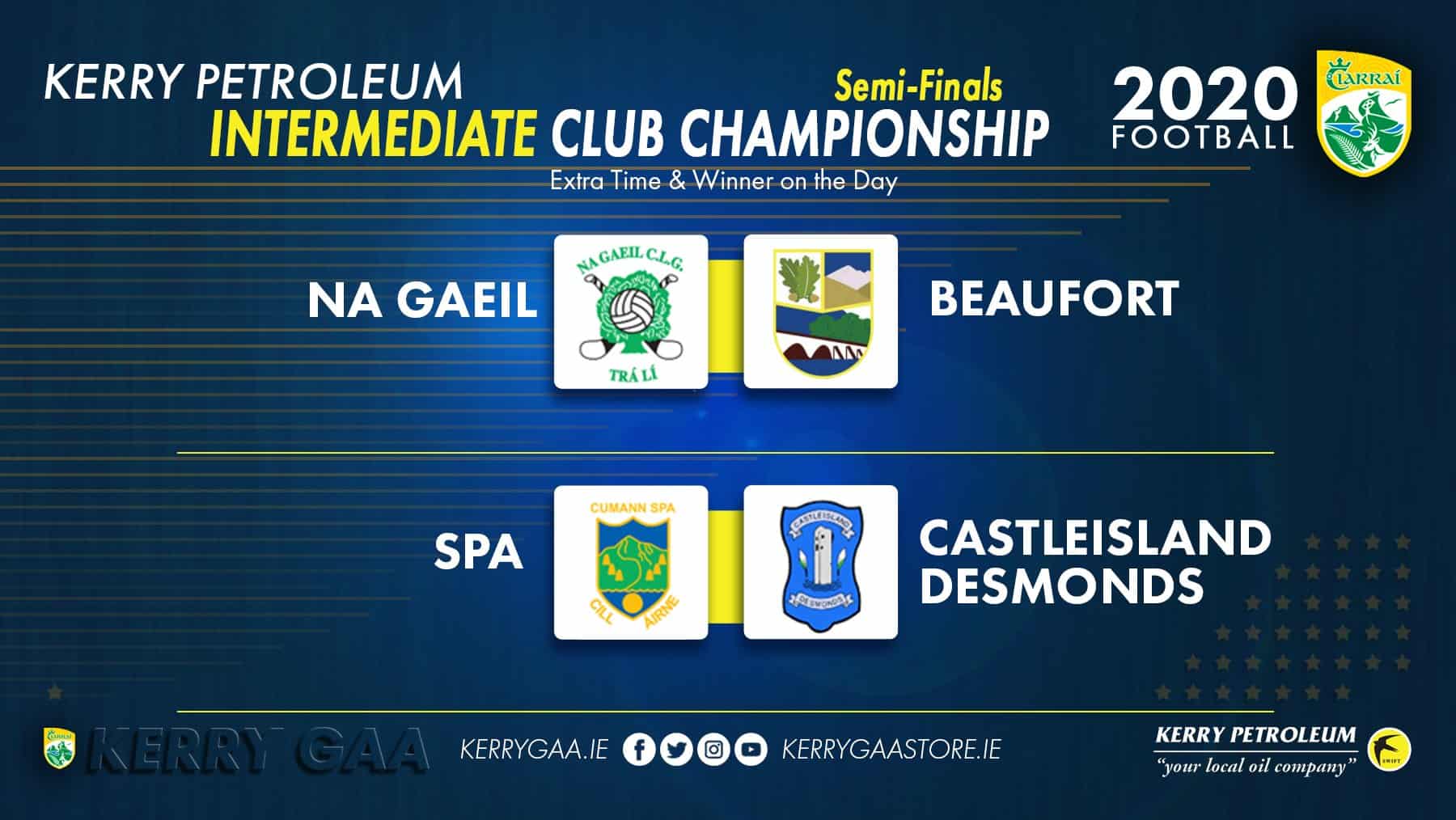 We have reached the final stages of the Kerry Petroleum Intermediate, Junior Premier, Junior and Novice Club Championships. Here’s a round-up of the action at each level.

In the Kerry Petroleum Intermediate Club Championship, Na Gaeil and Castleisland Desmonds had secured their places in the Semi-Finals with wins over An Ghaeltacht and Dromid Pearses in mid September. This weekend saw Intermediate action return after the conclusion of the Garvey’s County Senior Football Championship last weekend. First up on Saturday was the meeting of Spa and Laune Rangers. It was to be Spa who would progress to the Semi-Finals with a two point win over the Mid-Kerry side. Sunday was an all Mid-Kerry affair with Glenbeigh-Glencar playing Beaufort in Fitzgerald Stadium. Beaufort emerged victorious and join Na Gaeil, Castleisland Desmonds and Spa in the Semi-Finals.

The Semi-Finals of the Kerry Petroleum Junior Premier Club Championship took place this weekend. First up on Saturday was the meeting of Gneeveguilla and Fossa. A strong final quarter by Gneeveguilla secured their place in the final. Sunday saw the turn of Ballydonoghue and Brosna to do battle. Ballydonoghue’s first half penalty was the difference between the sides with a full time score line of Ballydonoghue 1-06 to 0-07 Brosna.

After this weekend’s Semi-Finals we now know that Gneeveguilla will play Ballydonoghue in the Final.

To recap, Annascaul and Castlegregory secure their place in the Final.

The Kerry Petroleum Novice Club Championship Semi-Finals were also down for decision this weekend. Cromane and Lios Póil headed for Keel for their encounter where Cromane advanced to the Final with a 4-09 to 1-10 victory. In the second Semi-Final Asdee were down to play Tuosist on Sunday afternoon in Farranfore. This game was postponed.

Cromane book their place in the Final and will be joined by either Asdee or Tuosist.