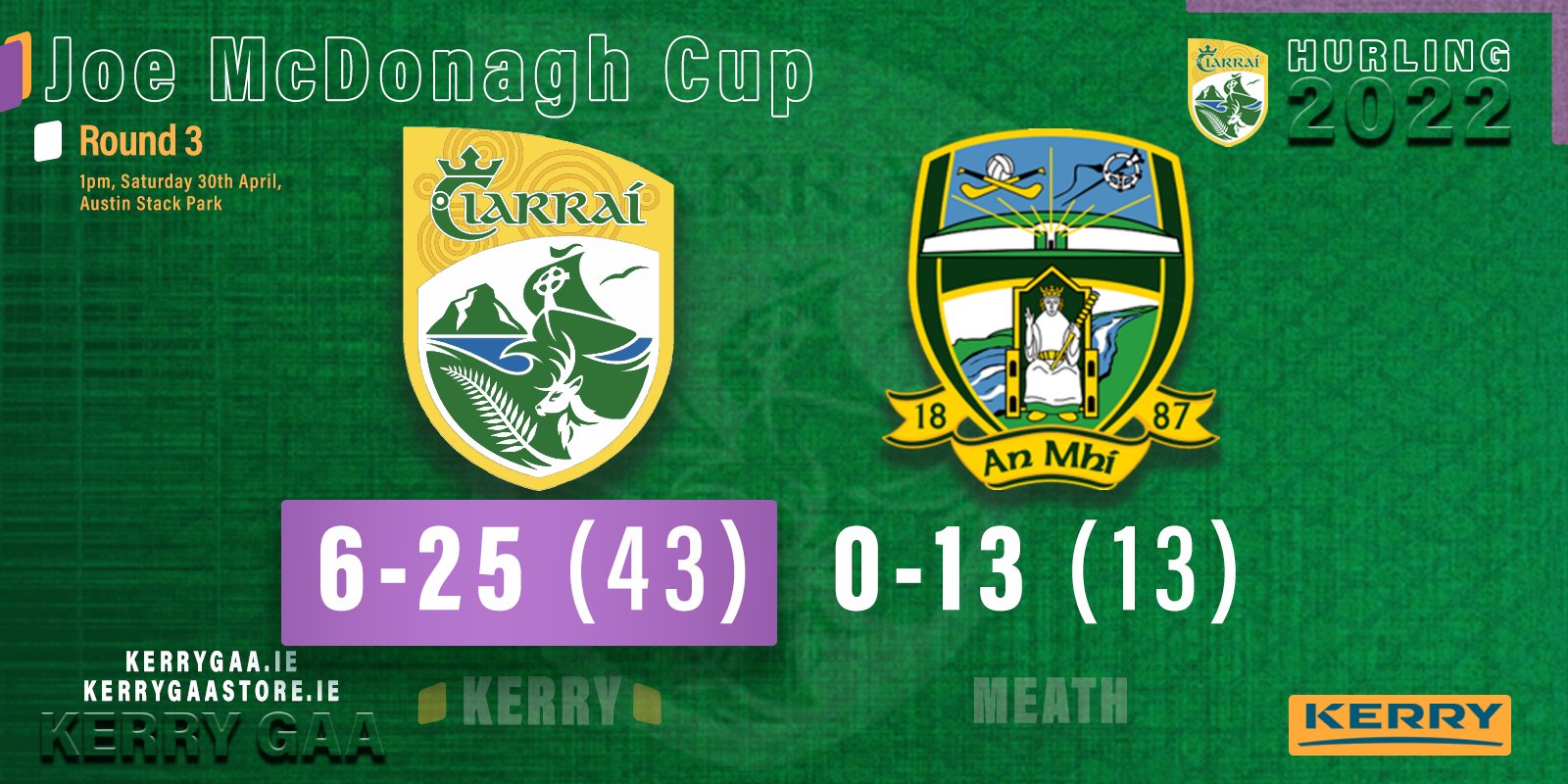 Kerry made an explosive start with three goals inside the opening five minutes, Shane Conway latching on to a superb Niall Mulcahy pass to find the net inside a minute. Conway repeated the feat in the third minute when he was at the end of a sweeping Padraig Boyle and Paudie O’ Connor move to skip past Meath full back Sean Geraghty and clinically finish to the net.

Within a minute Kerry had completed a hat-trick of goals when Eric Leen raced through the Meath defence before parting to midfielder Colin Walsh who gave keeper Charlie Ennis no chance.

Meath had an early score from a Jack Regan free followed by points from Mickey Burke and Éamon O Donnchadha, but points by the impressive Niall Mulcahy and two from Colum Harty, one which was a glorious goal chance had Kerry 3-3 to 0-3 in front with just 10 minutes played.

Kerry were completely dominant with Sean Weir, Mikey Boyle and Fionan Mackessy mopping up sporadic Meath attacks and by the 25th minute Kerry had moved 3-8 to 0-5 in front with points from Mackessy, Gavin Dooley, Eoin Ross and a Padraig Boyle free as Meath were being completely outclassed.

Kerry then hit four wides on the trot while Nicky Potterton and a Jack Regan free saw Meath improve, but late points from MacKessy and Podge Boyle had Kerry in a comfortable position at half-time as they retired 3-10 to 0-7 in front.

Kerry continued their dominance in the second half as a brace of goals from substitute Maurice O’ Connor in the 47th and 49th minute as Kerry moved 5-16 – 0-10 in front.

Points from substitutes Jordan Conway and Brian Lonergan and a goal from Niall Mulcahy in the 70th minute completed the rout for the Kingdom, but they will face a tougher test against Offaly in two weeks time in Tralee.