Hat-Trick for David Clifford in Kerry’s Opening Round Win 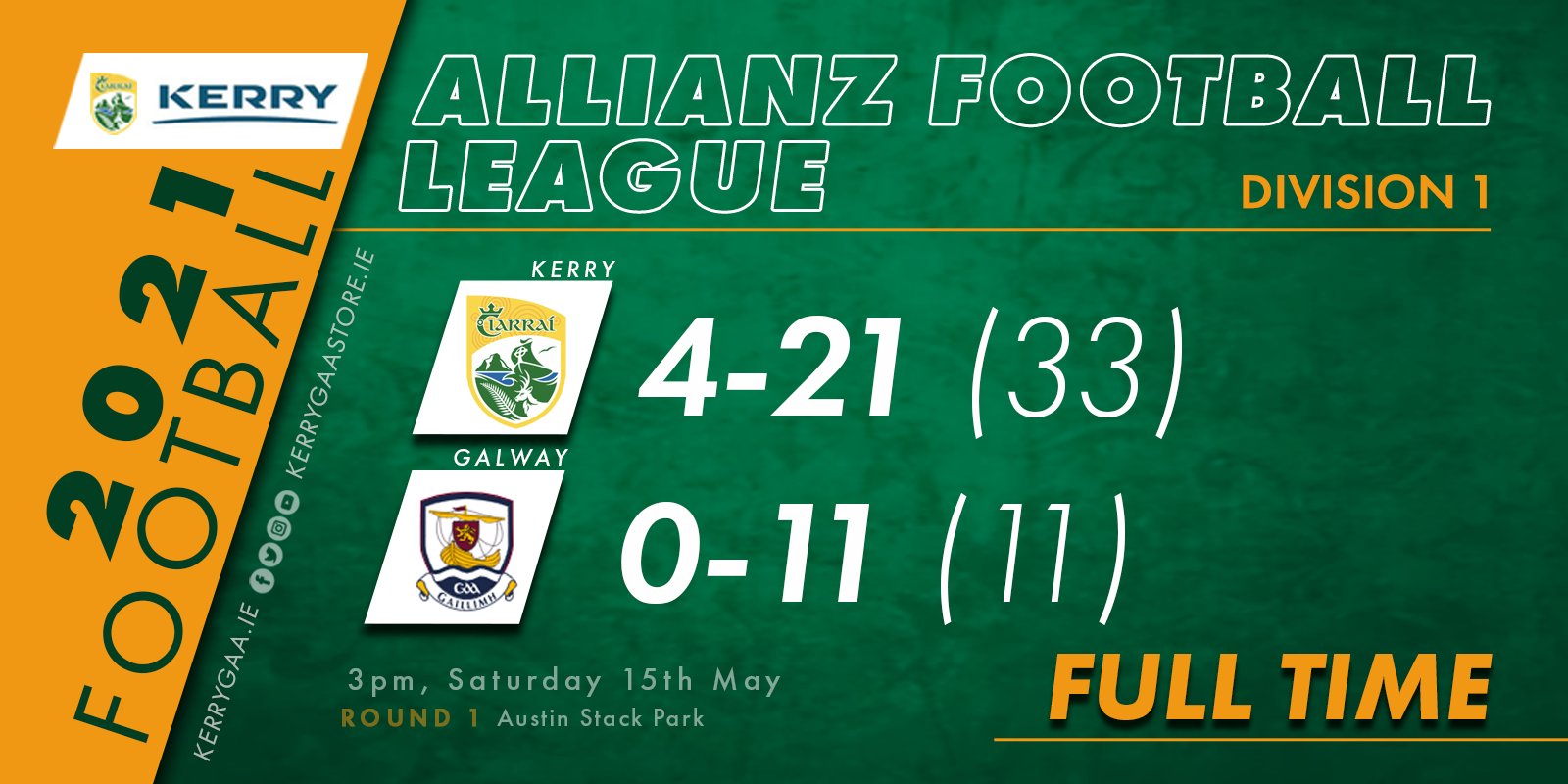 Kerry can’t win the National League title outright this year but on the evidence of their rout of Galway this afternoon, they certainly won’t be relinquishing their title without a real fight.

A devastating power-play from the Kingdom saw David Clifford score a hat trick of goals – alongside one from his brother Paudie – to send Kerry on their way to a victory easier than anyone could have imagined.

No one will be getting carried away with what might be regarded as a freak result on the first day back after all concerned have been sidelined for six months, but Peter Keane would rather be Peter Keane tonight than Padraic Joyce. And Joyce would rather be anywhere than back in Galway this evening mulling over whee it all went wrong and trying to regroup his players ahead of the visit of Roscommon to Tuam next weekend.

Kerry were flawless in Tralee this afternoon, with the Cliffords’ goals embellishing a superb all round team performance that saw debuts for goalkeeper Kieran Fitzgibbon and Paudie Clifford.

Keane’s toughest work this week might well be to dampen expectations in the Kingdom ahead of a Thurles meeting with Dublin next weekend. Normally League results – good or bad – don’t knock a flinch out of the Kingdom faithful, but the natives are getting restless.

Keane had said at the start of the week that he and his players would be “poking in the dark” against Galway after coming out of that six-month lock-down, and even a man renowned for understatement cannot have expected to see his team play with such clarity.

Kerry were as awesomely good as Galway were shockingly bad. It took Paudie Clifford just 37 seconds to score from play, and when Damien Comer equalised within a minute the classic Kerry-Galway expansive game looked on.

By the time Galway next scored – a Shane Walsh free in the 14th minute – Kerry led 0-6 to 0-1 and the result looked to be only going one way.

Sean O’Shea teed up David Clifford for a palmed goal just before the water break, a score that made it 1-6 from play for the Kerry full forward in that first quarter.

Moments after the drinks were on board Paudie Clifford took Dara Moynihan’s pass and slipped the ball past Bernard Power to make it 2-7 to 0-3. If it was boxing match Galway were already getting a count of eight.

The visitors had so little to offer that manager Padraic Joyce cut a forlorn figure on the sideline, frustrated that so many of his players looked out of oxygen and ideas so early in the game. Galway were laboured in everything they tried, and it will take serious work to get them up to speed to extricate themselves from what is now a very tight corner in the league, and with a Connacht championship looming fast.

Kerry kept piling on the pressure with pace, power and precision, not least Killian Spillane, whose four from play helped Kerry to a 2-10 to 0-6 half time lead.

Any small hope of a Galway come-back in the second half was quickly extinguished with David Clifford’s second goal – less than two minutes into the half.

Five minutes later the Fossa man conjured another moment of magic for the highlights reel with a cheeky drag-back and neat finish to the net to help make it 4-13 to 0-7 at the second water break.

After that both teams simply emptied their benches; in Galway case it seemed more an act of compassion for those coming off, while Kerry got a few familiar faces on to the field as well as the Cliffords’ cousin, Paul O’Shea, who came in for a debut and a score.