Fantastic win on the road for Kerry Hurlers over Carlow 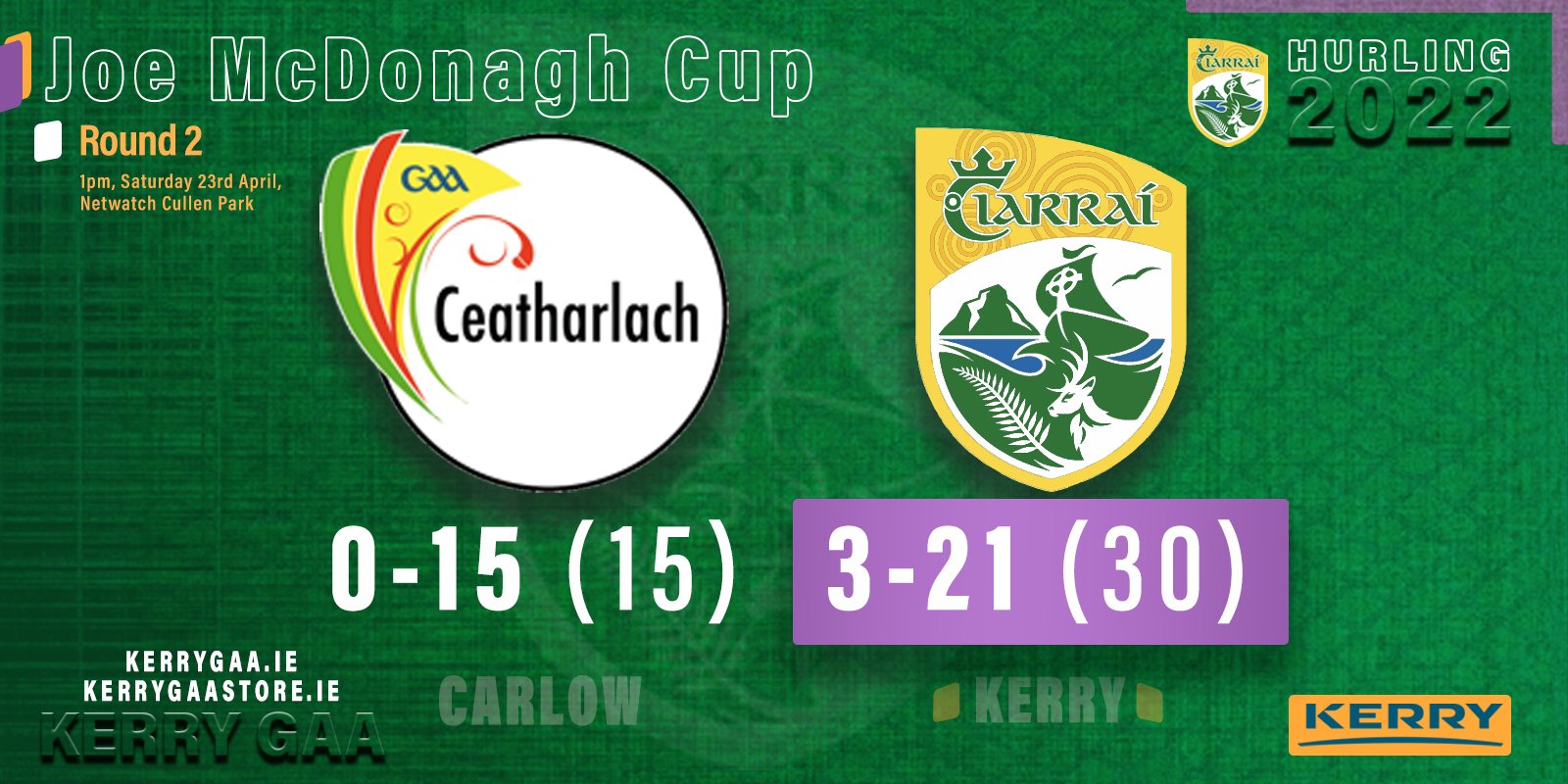 Kerry proved too strong for Carlow at Netwatch Cullen Park.

After their defeat to Down last week Kerry needed to win this one if they were to sustain their Joe McDonagh Cup challenge.

Shane Conway fired over two Kerry points inside the opening minutes and while Chris Nolan replied for Carlow with a point Conway cancelled it out with an easy free.

Two frees from Padraig Boyle and a 65 nudged Kerry into five point lead by the 23rd minute. In reply, Carlow finally got a bit of momentum with Diarmuid Byrne converting a 65 and Marty Kavanagh also posting two frees.

Boyle replied for Kerry and Carlow hit three unanswered points through two more frees from Kavanagh and one point from play through John Michael Nolan. At half-time the visitors led 0-8 to 0-7.

Kavanagh equalised from a placed ball in the opening exchanges of the second period but the wind was always going to be a factor.

Gradually the Kingdom started to ease away with Boyle very much the central figure. On 46 minutes, he ran at the Carlow defence who stood off him. In the form he was in, that was fatal and he easily beat Brian Tracey in the Carlow goal.

Nothing was going to save the Barrowsiders now. Eoin Ross came up from full-back to get in on the scoring act with a Kerry point. Carlow were lethargic. Kerry quite the opposite as they hunted in packs of twos and threes.

More goals looked inevitable and they duly arrived. Conway picked his spot in the bottom left-hand corner and was never going to miss. With three minutes to go plus injury, Niall Mulcahy, who had come on as a sub, picked up on a Carlow mistake and once more the umpire waved the green flag.

The job was done and Kerry are back in the running for Joe McDonagh Cup honours. With games against Antrim, Down and Offaly to come, Carlow have some deep thinking to do.