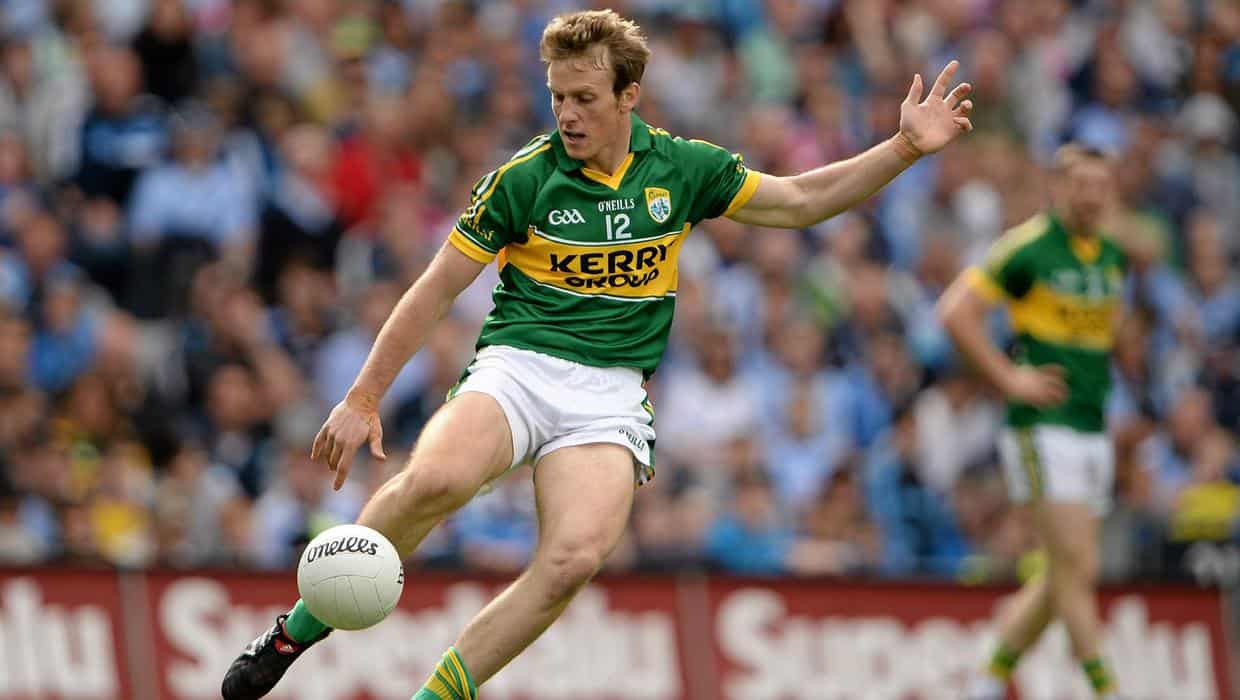 Congratulations to Donnchadh on a superb career with Kerry GAA!

A proud Cromane man, Donnchadh’s work rate on the field was unequalled.

He leaves the stage having made an enormous contribution to Kerry and does so in the knowledge of having left a lasting legacy of excellence for the next generation of players to aspire to.

On behalf of all involved in Kerry GAA I wish to sincerely thank Donnchadh for all he has done and wish him the very best in the years to come.

I would like to congratulate Donnchadh on his retirement this morning. He has given fantastic service to the Kerry jersey and can retire with his head held high. He is a genuine, honest and intelligent person and was a joy to be involved with on and off the field. He made his league debut in 2003 and displayed his determination and resilience by biding his time and redoubling his efforts to break into the championship team in 2007. From then on he was central to Kerry successes.

In my time in charge Donnchadh was our specialist wing forward, always a demanding and dynamic role but in todays game achieving the balance between working hard for the team while maintaining an offensive threat is a unique skillset. Donnchadh’s machinelike stamina was a huge asset and he moulded his game to allow him to use it to his and the teams advantage. Once the ball was thrown in Donnchadh was in perpetual motion, always available as an outlet and his honesty when working for the team was exemplary. He was pivotal to our game-plan in 2014 where all these characteristics were in plain sight. I particularly enjoyed witnessing Donnchadh develop from a quiet personality who went about his business into a leader that drove the standards of the group, leading by example. His personal mantra of “next ball” became a habit for the entire group. The respect within the group for him was absolute and was matched only by the acceptance that marking him in training meant a serious test lay ahead.

Donnchadh was the ultimate team player. He worked tirelessly for the team and had unbelievable stamina.

His role as a hardworking wing forward demanded honesty and huge work rate and Donnacha had those in abundance. Players like him who do such unselfish work for the team cause are hard to find. He will be missed by Kerry.

Please click on the link to read his statement – https://www.facebook.com/notes/cromane-gaa-club/donnchadh-walsh-i-am-retiring-from-kerry-inter-county-football-with-a-lifetime-o/1915802761828694/