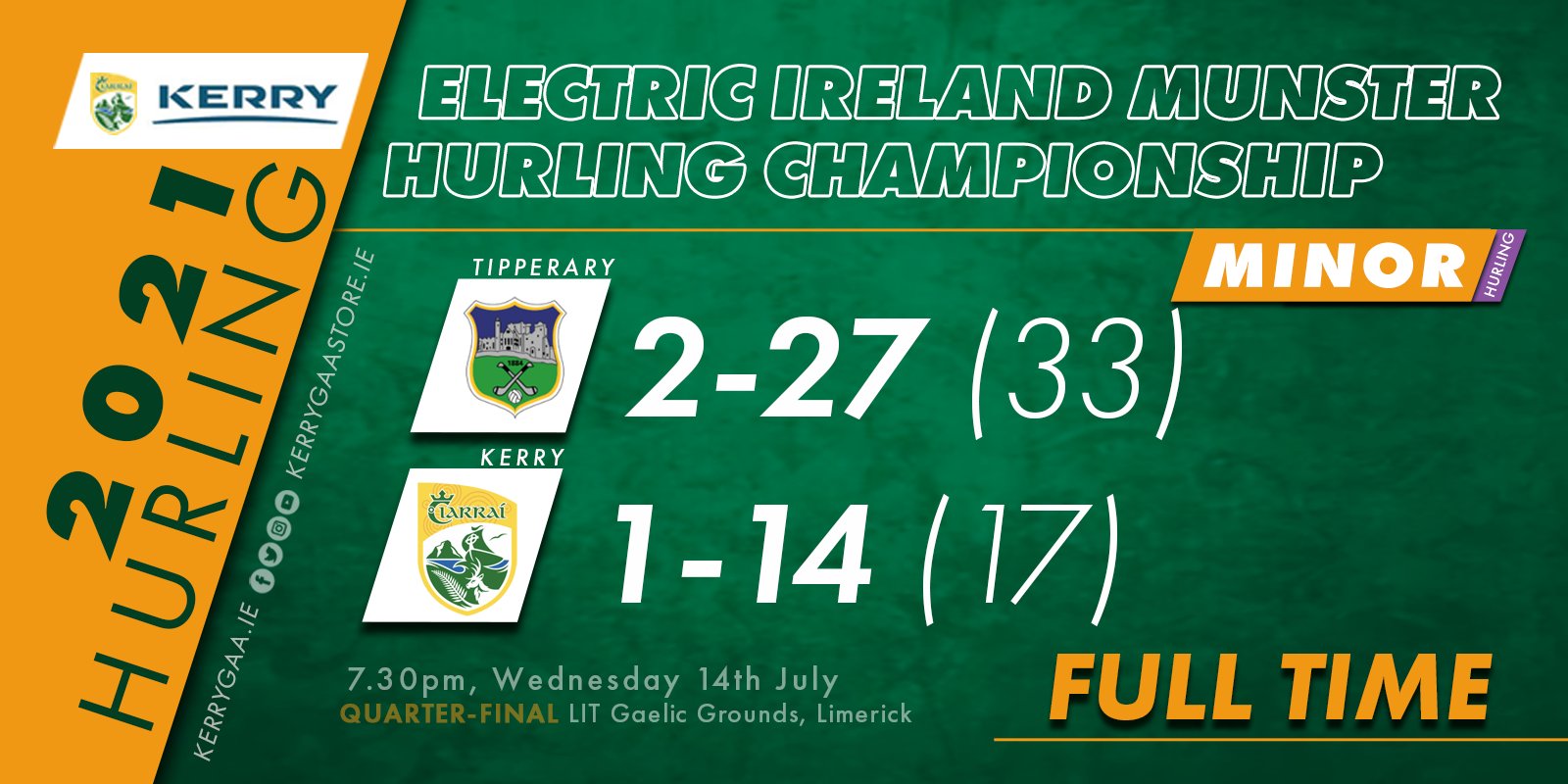 It was comfortable victories all the way in the various provincial quarter-finals that took place in the Electric Ireland minor hurling championship tonight, with perhaps the biggest surprise being that the largest margin of victory was recorded at Semple Stadium in Thurles in the meeting of Cork and Clare.

Kerry gave Tipperary plenty to think about in the game at the LIT Gaelic Grounds, with Killian Boyle’s goal keeping them level up until first half injury time, when Darragh Guinan struck to give Tipperary a 1-10 to 1-7 lead.

Guinan added a second goal while Darragh Minogue (0-7) and Orrin Jones (0-9) piled on the points in the second half, setting up a clash with Waterford in the last four.