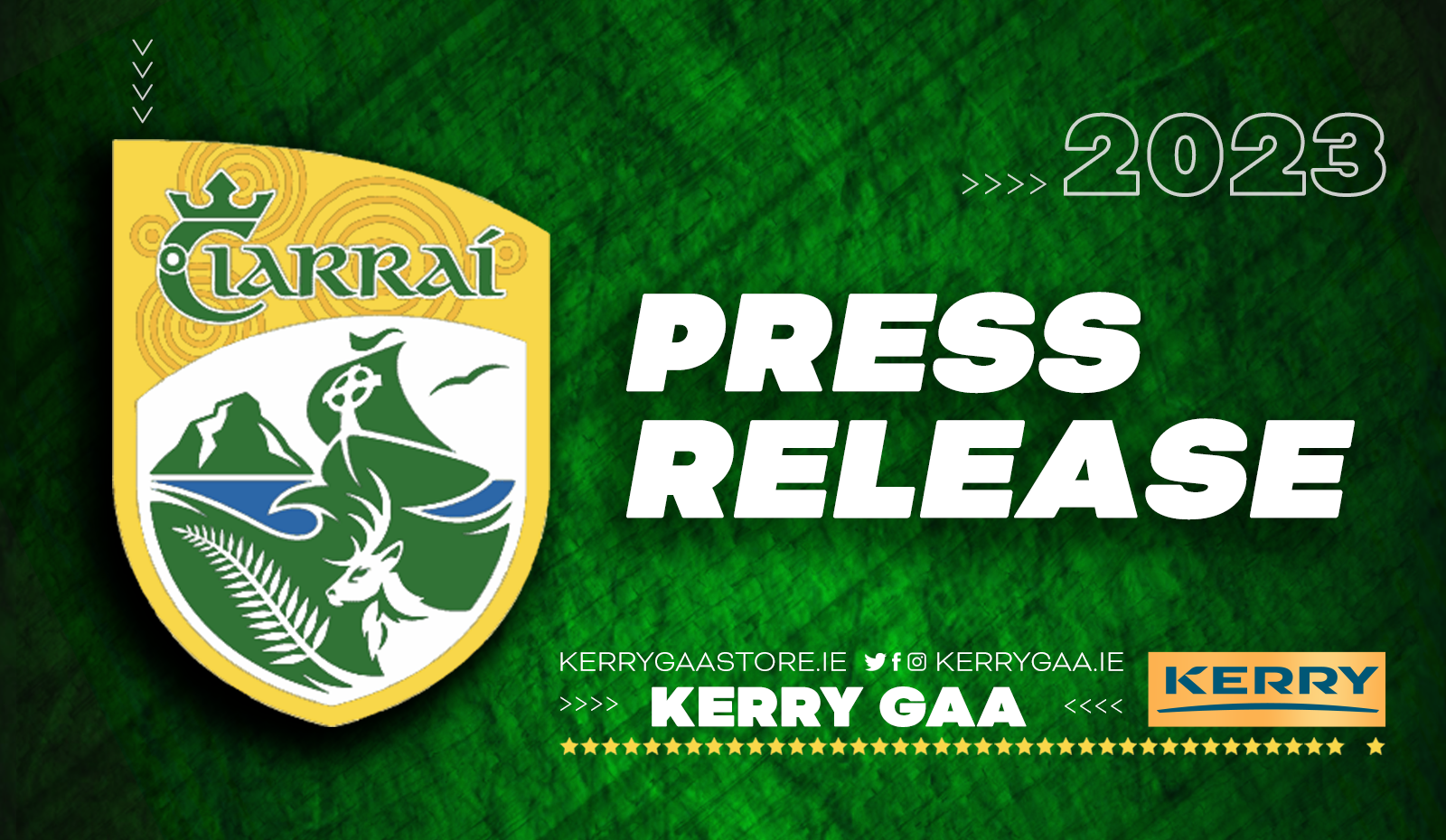 David Moran has today announced his retirement from Inter-County Football. David made his league debut for Kerry against Donegal in 2008 and later that year made his Championship debut against Cork. Having represented Kerry at Minor and U21 levels, David was no stranger to the Inter-County scene and over the course of his fourteen-year career became known as a towering midfield figure capable of commanding the flow of games.

The proud Kerins O’ Rahilly’s clubman is known for superb fielding abilities and kick passing exhibitions on the pitch, and being a humble leader both on and off the field. Over his exemplary career in the Green and Gold, David has lifted the Sam Maguire on three occasions – the most recent, proudly on the Hogan steps with his son Eli in his arms.

Congratulations to David on such a fantastic legacy in Kerry, for your hard work, dedication and for being such an amazing role model to all aspiring players in your own club Kerins O’ Rahilly’s and across the county.

We wish David, Sinead, Eli and all of his family all the very best in the future.

After a lot of thought, I have decided to retire from Inter-County football. It’s not a decision I have taken lightly. Playing with Kerry fulfilled all my boyhood dreams, however, with an aging body, a young family and a demanding work life I feel I can no longer give the commitment required to perform and compete at the top level.

I’d like to thank Sinead and my family for their unwavering support. I’d like to thank the various Kerry management, backroom and medical teams and County Board officers I’ve worked with over the last 15 years. I’d also like to thank my colleagues at Casey Stephenson Accountants and McElligott’s garage for all their support and assistance. I want to acknowledge the support I received from the Kerry supporters through the highs and lows of my career, it’s something I will always be grateful for. I look forward to playing with my club and supporting Kerry from the stands in 2023 and beyond.

Statement from Patrick O’ Sullivan – Chairman of Kerry County Board:

David Moran’s retirement today brings to an end an outstanding career in the green and gold jersey for the Kerins O’Rahilly’s clubman. Since he first made his championship debut against Cork in 2008, David has been one of the stand-out midfielders of his generation and he exemplified this as late as a couple of short weeks ago when he gave a tremendous exhibition of fielding for his Club in what was to be a fitting finale to his career on the hallowed turf of Croke Park.

David always gave of his best when representing his county just like his father Ogie before him and his inspirational playing style more often than not brought the best out of his colleagues while at the same time endearing himself to the loyal Kerry supporters. The winner of 3 All Ireland medals and 2 All Stars, he played 53 Championship games and 58 League games for the Kingdom overcoming serious injuries to once again climb the steps of the Hogan Stand last July.

David was a gentleman both on and off the field and words cannot adequately capture the contribution that he has made to our County.

On behalf of all Kerry people I wish to thank David for everything he has done and I wish him, Sinead, Eli and his family all the very best in his retirement.

It feels like the end of an era today with the announcement of David Moran’s retirement. He followed in a long line of traditional Kerry midfielders with his high fielding and long accurate kicking. He was particularly good at that long diagonal kick to the inside forwards and it was one of his specialities that led to Seanie O’Shea’s goal against Dublin last year. He also executed a beauty in Kieran Donaghy in the 2014 semi-final which led to James O’Donoghue’s late goal in that game.

I first came across David when I coached Kerins O’Rahillys in 2008. As a twenty year old he formed a powerful midfield partnership with current Kerry selector Mike Quirke as we had a memorable campaign before being beaten by an injury time penalty in a county final.

He featured for me in the All Ireland win with Kerry the following year as well as in the win this year. I always felt that his cruciate injury in a league game in Iniskeen in 2011 possibly cost us that championship because at that stage he was becoming a leader.

David will be missed by all of us associated with Kerry football but even more so by the current players. He was like a father figure to them and they looked to him for leadership and inspiration.

Thanks David for the great memories.