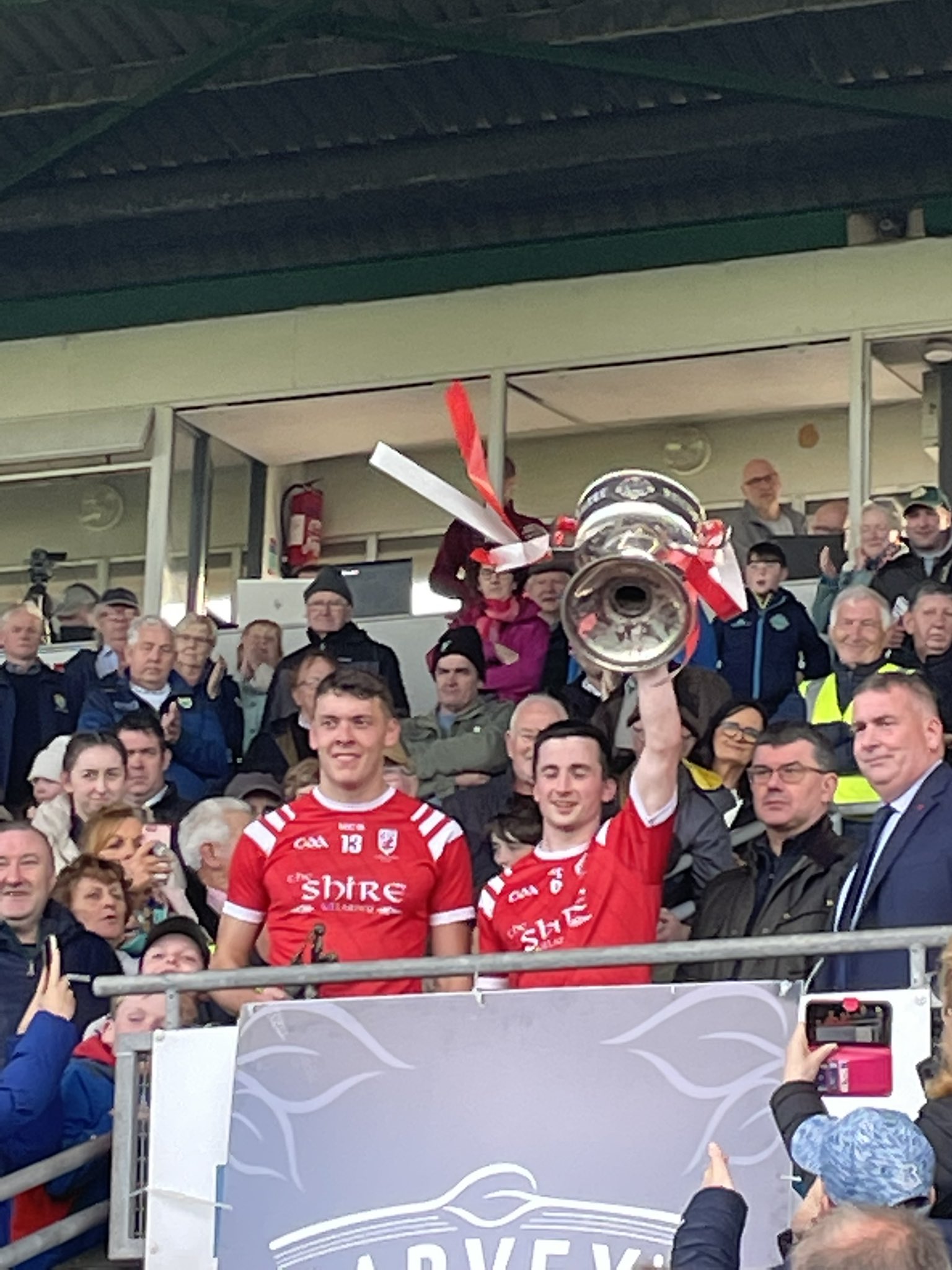 East Kerry are Kerry county senior football champions for the third time in four years, though the warm pre-competition favourites were comfortable winners against a dogged Mid Kerry team that couldn’t quite avenge the 2020 county final loss to the same opponent.

Less than 48 hours after being named Footballer of the Year, David Clifford and his All Star brother Paudie led the East Kerry attack, scoring 1-11 between them, though, inevitably the former had the lion’s share of it, with 1-9 in a man of the match performance.

Indeed, it was David’s goal in the 45th minute that was the title clinching score, ending any remote hope Mid Kerry might have had of a late charge that would have delivered a first title for the district since 2008.

The goal was a highlight in an otherwise fairly mundane contest, such was the eventual winner’s complete control from start to finish, finally bringing to bear their strength in depth after unconvincing quarter-final and semi-final wins.

The ball passed quickly through the hands of James O’Donoghue, Ruairi Murphy, Jonathan Lyne and Paudie Clifford before arriving to David who tapped the ball to the net from five metres out. If most of those names sound familiar it’s because all bar Murphy are All-Ireland senior title winners with Kerry, and the general expectation is that Murphy will be called in for a closer look in the coming weeks.

It was Murphy who got the game’s first score, a fifth minute point, and East Kerry were never behind after that in a contest that bubbled along entertainingly enough, but which never quite took off in the way the 6,000 strong attendance would have hoped for.

East Kerry were three points ahead – David then Paudie raising the flags – before Mid Kerry wing-back Pa Kilkenny cut a dash forward to kick his team’s first score in the 10th minute.

Eanna O’Connor – son of the watching Kerry manager Jack – cut the deficit to the minimum, and it was 0-4 to 0-3 after 20 minutes before East Kerry started to open their shoulders and at half time they led 0-9 to 0-5, with David Clifford adding three and Dara Roche converting a free as well as being denied a goal after a smart save from Sean Coffey.

Coffey was to Mid Kerry’s rescue early in the second half, denying James O’Donoghue with a fine save, but David Clifford points from play and a free pushed East Kerry six clear as an air of inevitability began to descend on the game.

Mid Kerry were still five behind, battling hard to lacking real penetration in the attacking third, and the hammer blow arrived with Clifford’s tap-in goal, a measure – finally – of what this East Kerry team is capable of.

Thereafter the game petered out, with David Clifford embellishing a weekend to remember with three more points to finish with a personal tally more than enough to beat Mid Kerry on its own.

So the 2019 and 2020 county champions are back top of the pile again, with no end in sight of a diminishing of powers of the Beast from the East.