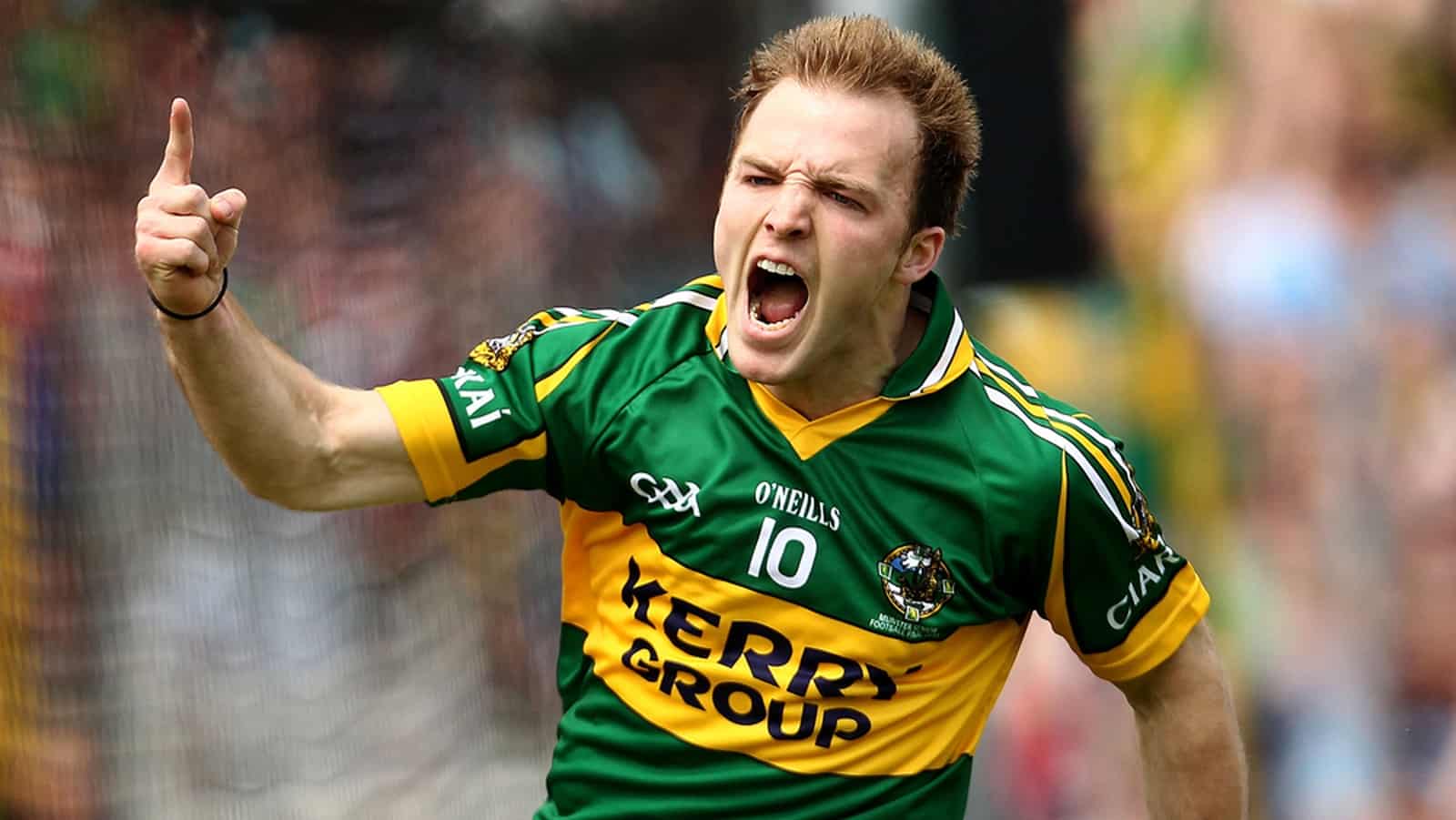 Today I wish to announce my retirement from the Kerry Senior Football Team. It’s a day I never wanted to come, and it is with massive sadness I announce that it’s my time to move on.

I’ve been extremely blessed to have had a career I could never have dreamed of. I joined my boyhood heroes in the dressing room during the Winter of 2004, fresh faced and straight out of Minors and since then, have been lucky enough to have pulled the green and gold jersey on for 70 championship appearances, as well as having the opportunity to captain Kerry to All Ireland glory.

To my Teammates who I was lucky enough to play with, I want to thank you all for the memories we made and the bond that we created inside the dressing room. To say this was the greatest period of my life, is putting it mildly, I loved every minute of it and I wouldn’t change anything. The successes were well celebrated, and the disappointments were mourned together. There’s nothing more powerful than a dressing room united pulling in the same direction and that’s what I will miss the most. However, the highlight is that I am leaving that same dressing room with incredible friendships, friendships which I know will stand the test of time.

To the Managers and Management Teams who I was lucky enough to play under, thank you for all your time, effort and support. During my 14 years involved, I got to play under former Teammates and some of my idols and I was always encouraged to express myself on the pitch. Every Management Team had their own style, but the one constant was always a huge love and respect for the traditions of Kerry football and it’s something that filtered into everyone in the dressing room. I didn’t want to single anyone out, but I do want to thank Jack O’Connor who placed huge faith in me by bringing me straight in from Minors and handing me my debut in the 2005 All Ireland Final.

To the Backroom and Medical Teams, thank you for all your help. The work that goes on in the background goes unnoticed by a lot of people, but I can promise you the Players appreciate everything that you do for us. I probably spent more time with the Medical Team than I would have wanted to in recent years, but I am grateful for the time and effort spent by them in helping to prolong my career.

I want to thank the County Board and our sponsors Kerry Group for never leaving the Players wanting, we were always incredibly well looked after, and this relationship made it easy for us to concentrate on performing to the best of our abilities.

To the Kerry Fans, what can I say only a massive thank you. You demanded the best and we did our utmost to provide it. Unfortunately, in recent years we didn’t deliver but I’m very confident with your continued support, that success is on the horizon again. Nothing will replace the feeling I got when I would hear you all erupt as we entered the field. I look forward to joining you and cheering on the next generation to glory.

To my club Glenbeigh Glencar, nothing made me prouder than representing you and seeing the club name printed under my own in the match day programmes. I’ll never forget the crowd and the celebrations in 2009 when we brought the Sam Maguire to Glenbeigh, it’s something that will live with me forever. I look forward to wearing the red and black on a more regular basis for another good few years to come and hopefully enjoying even more success.

To my Mum, Dad and two Sister’s, l thank you all for your patience and support. My parents travelled the length and breadth of the country kicking every ball with me during my career and even though I didn’t always say it, it meant everything having them there and it was always my motivation going out on the pitch to make them proud.

To my Wife Laura, spending more time with you is the only thing that has made this decision a little easier. Your love, patience and support during the toughest period in my career is the only reason I lasted this long, and I thank you. I’m grateful that as the curtain closes behind this chapter in our lives, we leave with incredible memories and friends for life. Finally, I look forward to welcoming our first child into the world in November and starting the most exciting chapter of our lives together.

To end, I just want to say it has been an incredible journey. I’m lucky enough to have played with and against some of the best players and teams of this or any generation. I’ve made memories and friends that will last a lifetime and I can’t ask for much more than that.

I want to wish Peter Keane and his Management Team well for the future, it’s an exciting time for Kerry Football and I’m looking forward to supporting you all. To the next generation, relish the challenge of being a Kerry Footballer and never forget the Players who went before you and put their heart and soul into it. The greatest honour you can have is pulling on that green and gold jersey and the pride that washes over you as it rests on your shoulders.

Today, Darran O’ Sulivan, a four time All – Ireland medal winner steps away from the Kerry Senior team after dedicating a major part of his life to our County.

Fourteen years on from when it all began in 2004 there are few players with the record that Darren has achieved.

A four time All Ireland winner, we all remember his many searing runs through opposition defences and either getting or creating scores at crucial times in games.

Darran is a true gentleman and has been an incredible ambassador for Kerry.

Mar Cathaoirleach I wish to sincerely thank Darran for his incredible contribution and on behalf of all Kerry people extend a “Míle Buíochas” wishing both himself & Laura the very best in the future.

I would like to congratulate Darran on his retirement today. He has given fantastic service to the Kerry jersey over a long period of time. He is a member of two exclusive clubs having made his championship debut in his first year out of minor in 2005 and having lifted Sam Maguire as captain in 2009, a personal pinnacle. His explosive all action style meant he was a fan favourite from the off and right up until his last appearance against Kildare in this years championship he has excited people every time he touched the ball.

In my time in charge Darran was a pleasure to deal with on and off the field. His honesty and work ethic shone through. Behind the happy go lucky easy going exterior there is a steely determination and ambition. His selflessness meant he played in every position in the forward line both as a starter and finisher depending on what was best for the team. His attitude regardless of the role demanded of him was always top class. He was a Croke Park player and on many occasions he has been a trump card for Kerry memorably scoring the decisive goal against Armagh in 2006. His best season was 2011 when he terrorised defences throughout the year and scored an outrageously instinctive goal against Limerick. His personality and leadership skills will be missed from the dressing room.

I wish Darran, Laura and their impending arrival the best of luck for the future. Go n-éirí go geal leo.

Darran O’Sullivan came on the scene for the Kerry Senior team in 2006 aged 19. He was a brilliant Minor and his pace and direct running is what set him apart.

He scored a memorable goal in the 06 quarter final against Armagh when it was badly needed . He dispossessed  Enda McNulty and took off to score the decisive goal after Kerry had been reduced to 14 men.

Darran was a very difficult man to nail down because of his pace and low centre of gravity. He was a great leader in 2009 when he had the honour of captaining Kerry and bringing the Sam Maguire back to his native Glenbeigh/Glencar.

In his latter years injury has curtailed his appearances but he can be very proud of his contribution to Kerry football. He got us out of many a tight corner and he will be fondly remembered by the Kerry supporters.