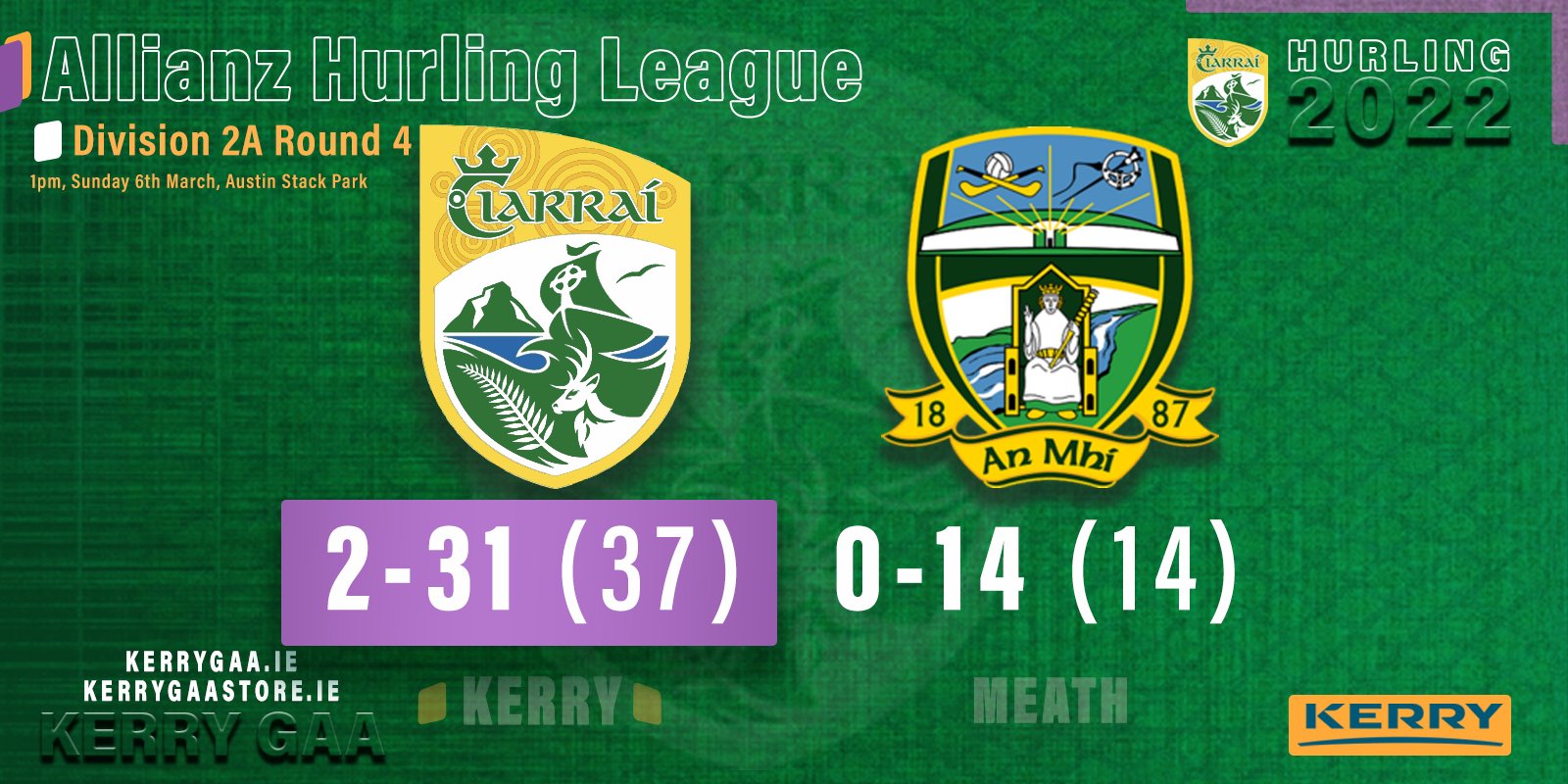 Down and Kerry are in the driving seat in Division 2A of the Allianz Hurling league with six points from their four games so far, following wins over Westmeath and Meath respectively this afternoon.

The two victories were achieved in very different ways, with Down grinding out a surprise win in Mullingar while Kerry put Meath to the sword in Tralee.

Shane Conway opened the scoring at Austin Stack Park after two minutes and the Lixnaw man duly pounced on the resultant puckout, intercepting and finding Shane Nolan, who duly blasted the ball to the net for a goal that set the tone.

All across the forward line, Kerry were in sensational form, moving 1-14 to 0-2 ahead by the 25 minute mark and then adding a second goal through Michael Leane in first half stoppage time to make it 2-16 to 0-6. Conway added three more points immediately after half-time and from then on the contest settled into a score-for-score battle, with 12 Kerry players on the scoresheet by the end.