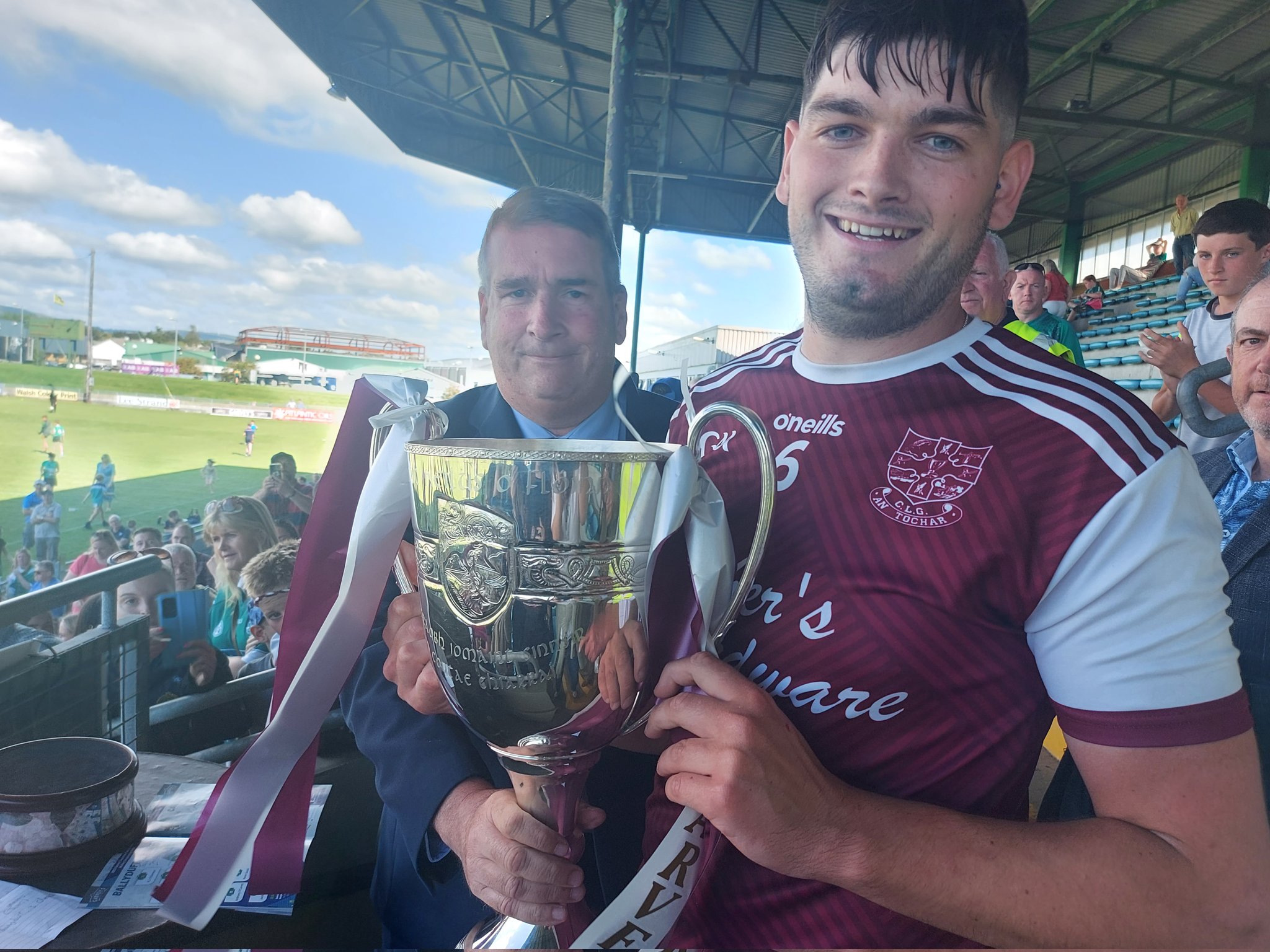 Courtesy of Damian Stack for The Kerryman

They won’t come must sweeter than that for Causeway.

Stephen Goggin’s men played the game with passion, pride and a disruptive spirit that had Ballyduff on the back-foot more often than not. This was a game played on Causeway’s terms much more so than it was Ballyduff’s.

With Jason Diggins running the show from his centre-half back / sweeper’s role, Ballyduff’s must-vaunted forward line never got the sort of rhythm we’ve seen them display more often than not this campaign.

Indeed, where just three of Ballyduff’s starting six scored from play – and with neither Boyle brother raising a flag from play – five of Causeway’s delivered from play and the sixth, Daniel O’Mahoney, was playing as a defender tracking Ballyduff danger man Kevin Goulding (who was limited to just a single score).

To be fair to Ballyduff it’s not as if they completely misfired. They were denied twice for goals by veteran shot-stopper John Mike Dooley and, really, it wasn’t until the last five or ten minutes that the pendulum swung completely against them.

Up to then, up until Causeway kicked for home with a vengeance including a 60th minute goal from Brandon Barrett, Ballyduff probably had the better of the play in the second half. The goal they probably needed, though, just wouldn’t come.

That’s down to a serious display to Causeway’s defence led by the aforementioned Diggins and ably assisted by guys like Keith Carmody – a Trojan presence in the middle third – and Anthony Fealy who spent much of the day tracking Mikey Boyle.

From a one-point game on 50 minutes for Causeway to run out five-point winners shows you just what these men are made of. It was, quite simply, the stuff of champions. All the way through they showed that sort of fortitude, not at all being rattled by whatever Ballyduff brought to the table.

Indeed, the way Ballyduff began the game was more than reminiscent of the way they’ve been starting games all season long with a pair of beautiful points inside the opening three minutes, which seemed to indicate their intent.

As it was those two opening scores, near carbon copies, from Eoin Ross from the railway side line into the Mitchels’ end were a little bit of a false dawn as the green and white failed to find the fluency that’s defined their season to date.

To be fair they were hurling well enough, probably the better of the two sides in the opening quarter all-in-all, they just didn’t have much of a lead to show for it. As a matter of fact at the end of fifteen minutes it was all square at three points a piece.

Causeway hit three on-the-trot in response to Ross’ openers through Paul McGrath, Joseph Diggins and a free from Brandon Barrett, before a Pádraig Boyle ‘65 levelled it back up after John Mike Dooley saved brilliantly from a Jack O’Sullivan goal chance (assist Kieran O’Carroll).

Ballyduff were out to a two-point lead by the twentieth minute mark – 0-5 to 0-3 – and with Tommy Casey picking up a nasty enough looking injury it was looking a difficult situation for Causeway.

Or so one would have thought. Instead they rallied magnificently led by Barrett to shoot 1-3 without reply. First scores from frees by Barrett and Paul McGrath. Then a brilliant point from play by Dan Goggin and finally a goal to wow the TG4 cameras by man-of-match Colum Harty.

The former Kerry captain is some man to score big goals on big days and having taken an assist by Joseph Diggins went on a screaming run, jinking and shimming his way from distance before slamming to the back of PJ O’Gorman’s goal to give his side a four-point advantage, 0-5 to 1-6.

Ballyduff brought it back to a two-point game again on 29 – following a Pádraig Boyle ‘65 and an excellent score from play by a classy Kevin Goulding – but Causeway seemed to have it within themselves to keep the gap.

And, with late points from Paul McGrath, Barrett and Harty the eventual champions it back to a four-point lead at the break, 1-9 to 0-8. Advantage to them, even if Ballyduff did have the breeze into the Horan’s end for the second half.

There were times it felt in that second half like Ballyduff were on the cusp of really roaring back into it. Garry O’Brien’s men, however, just couldn’t get over that hump, couldn’t completely eradicate that deficit.

On a couple of occasions they had it back to a single point game – on 42 minutes following a Pádraig Boyle free – and again on 50 with Pádraig assisting Jack O’Sullivan for a fine point from play.

Causeway, though, were always able to keep them at that little bit of arm’s length and with points from Barrett (a pair of frees) and Gavin Dooley (in his first significant intervention of the game) had it back out to four, 1-15 to 0-14 on 55.

Five minutes later Causeway doubled that advantage with Dooley involved in the build up as Barrett managed to scramble home a scrappy goal with is foot. It all but confirmed the win for the underdogs. No less than they deserved truth be told.

Their little bit of extra experience told against a sometimes nervy looking Ballyduff outfit. Their time will, no doubt, come. This day, this year, however, belongs to Causeway and their ebullient and indefatigable manager, Stephen Goggin.