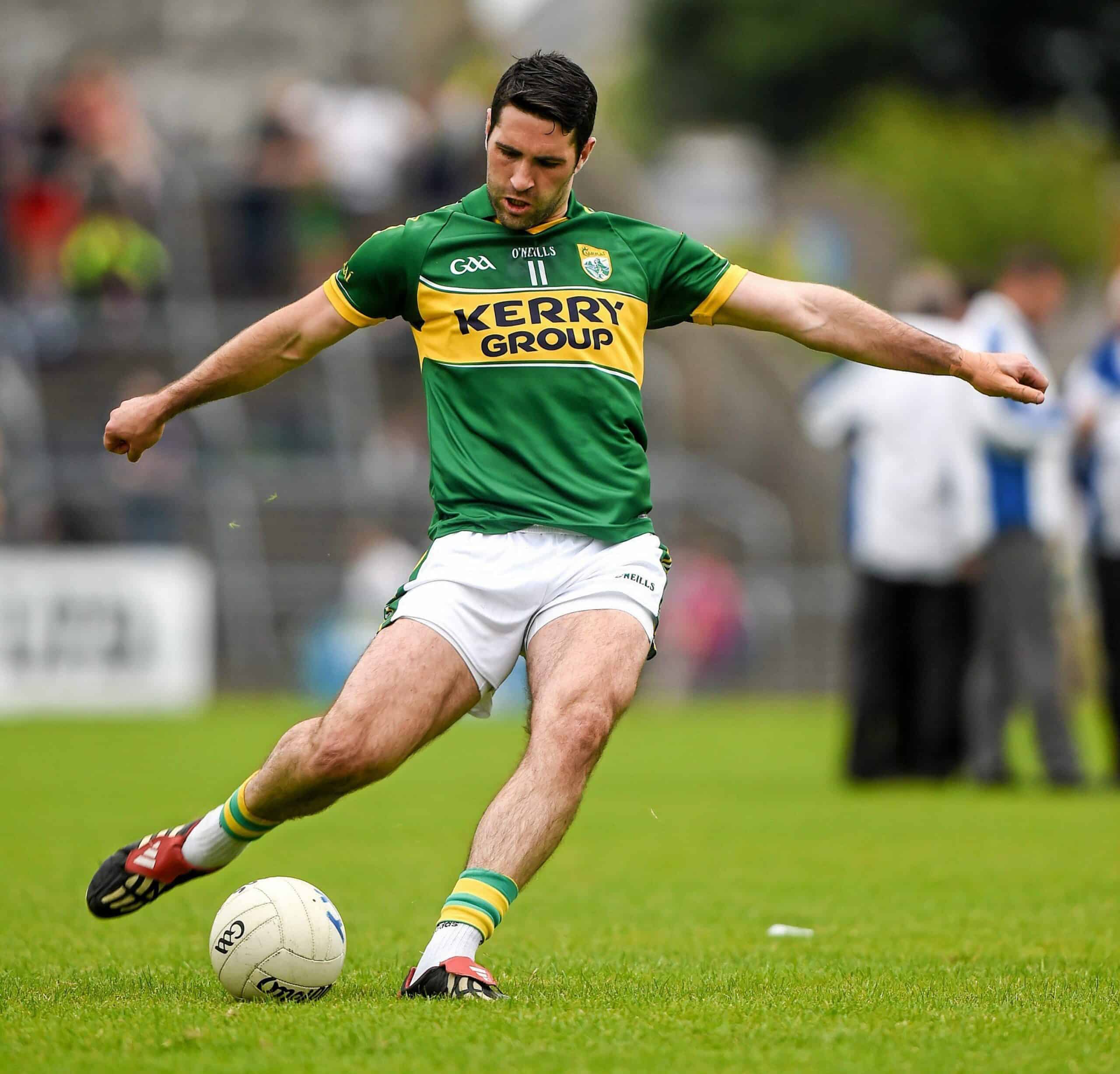 Bryan Sheehan, one of the most elegant fielders and kickers in the game, has announced his retirement from inter-county football. The St Marys Cahersiveen clubman first donned the green and gold jersey for his beloved Kerry as a 15 year old minor goalkeeper and now, seventeen years later, he leaves having gained every honour the game could bestow on him and having played and captained his county in all grades.

He made his senior debut in 2005 and went on to make 66 championship appearances for the Kingdom, played in seven All Ireland Finals and scored 6-161 along the way. A five times All Ireland winner, he also won three Allianz League medals and in 2011 he was recognised for his outstanding play with a GAA All Star.

An exemplary sportsman, Sheehan endeared himself to the Kerry faithful with his high fielding and accurate long range free taking – a skill that few if any have matched regardless of the era.

His trophy haul at club and divisional level is also testament to the commitment he has given down through the years to St Marys and South Kerry.

Today I would like to announce my retirement from the Kerry Senior Football Team. It has been an absolute honour for me to wear the Green and Gold jersey for 17 years, 14 of those with the Senior Team.

It was always a childhood dream to play for Kerry and to do so for so long fills me with great pride. I’ve been so lucky to play with some of the best players that the game has ever seen, and will be forever grateful for sharing an unbelievable journey with them. Thank you for all the memories, but more importantly for the friendships.

A big thank you to the ever-loyal Kerry supporters for the support you have shown to me throughout my career.

I would especially like to thank to my Club St. Mary’s for all the support and help they have given me. Thanks for giving me the opportunity not just to wear the Kerry jersey, but to captain Kerry at Minor, U21, and Senior level. I look forward to continue playing football with St. Mary’s and South Kerry.

Finally, and most importantly, I would like to pay a special thank you to my wife Ita and my family, without whom none of this would have been possible. The unconditional love and support you have given me is what kept me going all these years, through good times and bad. Every time I put on that Kerry jersey I did my best to make you proud. The sacrifices you’ve made in order for me to fulfil my dream have been immense and I will be forever grateful.

While the decision to retire was difficult to make, I’m excited for what lies ahead. With the arrival of a baby in January I’m looking forward to the beginning of a new chapter in my life.

On behalf of the management and players I would like to congratulate Bryan on his retirement. He has been an outstanding servant for Kerry stretching back to 2004, winning five All Irelands on the way. He has also had remarkable success at club level.  His kicking ability has always been his biggest strength. His dead ball kicking is second to none and he is the ultimate stylist. I wish him all the best for the future, both on and off the field.

Bryan Sheehan’s announcement of his retirement from the intercounty scene today brings the curtain down on the footballing career of one of Kerry’s greatest servants.

Bryan first played as goalkeeper with the Kerry minors aged 15 – an incredible achievement in itself – and went on to make 66 senior Championship appearances for Kerry, 132 appearances in all when League games are included.

Bryan is the holder of 5 All Ireland Senior Championship medals and 3 National League titles along with a host of other accolades.

On behalf of everyone involved in Kerry GAA I want to thank him for his loyalty and the major contribution he has made to the game in this county and beyond I wish Bryan and his family all the very best in  the future.