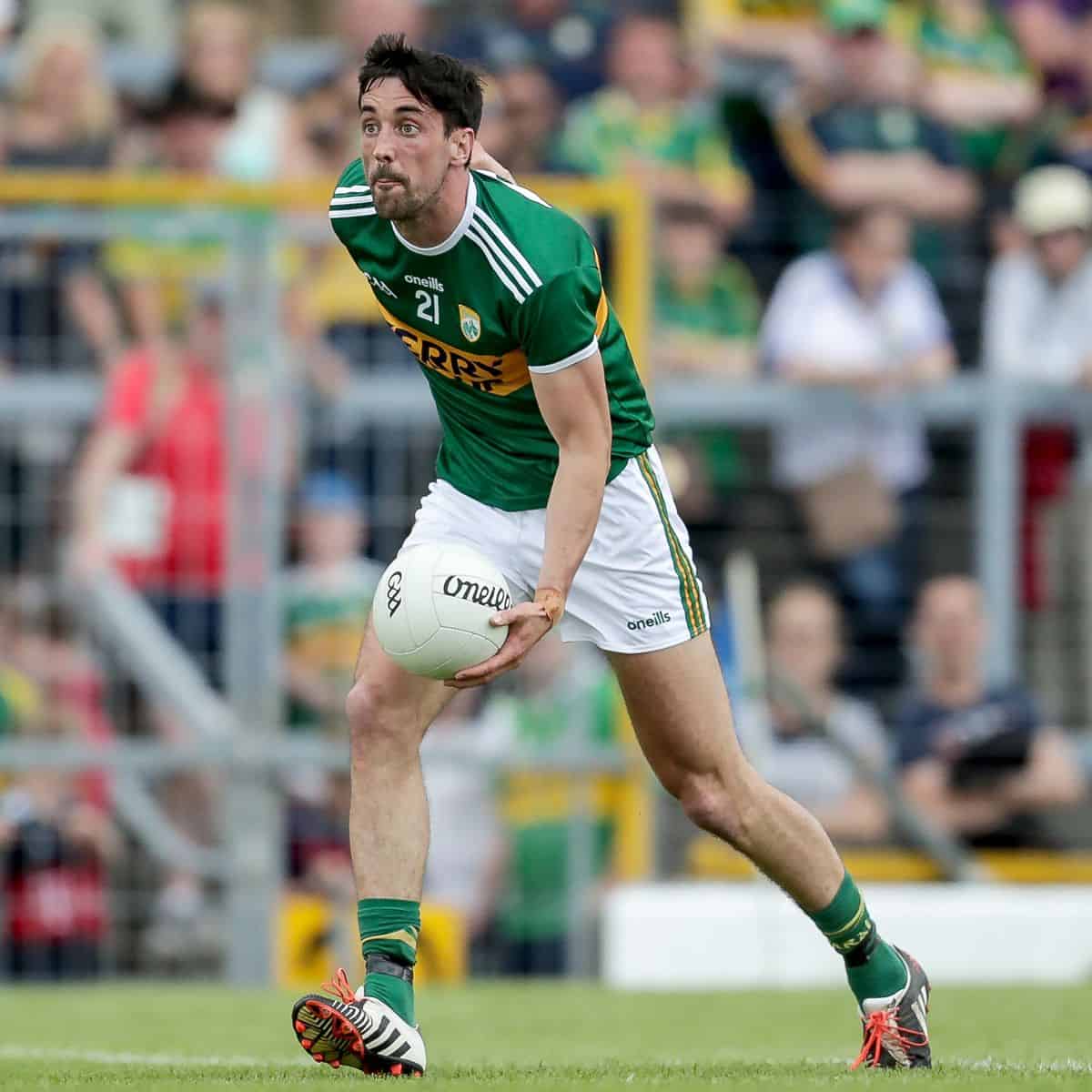 Since pulling on my first green and gold jersey back in 1999 for the primary game in Pairc Ui Chaoimh I’ve had the immense pleasure of representing my family, my parish and my county – now the time has come to call it a day.

I’d firstly like to thank all my former team mates. While I am retiring from Kerry football with a heavy heart, I’m retiring with incredible memories. We’ve had highs and lows together but the bond developed throughout has been immeasurable. I look forward to watching and supporting as the current group continue to develop & grow, and return to glory once again.

I’d also like to express my gratitude to all the management teams down throughout the years. Their commitment to the cause has always been second to none. I’m extremely grateful for the opportunity given to me first by Pat O’Shea, further developed and nurtured by Jack & Eamonn and their backroom teams. A special thanks to the team of medics and physios who have looked after me, especially in recent years. Also, to the County Board who have always been and continue to be a fantastic support to the entire team.

To my club, Duagh – I thank all of the people who have invested in me and shown massive support to me throughout my entire footballing career. I hope I have done you all proud. The club is where it began for me and now I am really looking forward to the years ahead with Duagh.

My parents and my sisters have always been incredible when it came to my footballing commitments. They’ve always supported me, right back to that first training session my dad brought me to in Duagh as a young boy. I don’t think things looked too promising that day, but the encouragement began straight away and thankfully it paid off!

All my extended family & friends – thanks for the never ending support and loyalty through thick and thin.

To my wife Megan – the Limerick woman proudly sporting the green and gold since 2008! Thank you for your constant love, support, belief and loyalty. I look forward to beginning the next chapter with you.

And finally, the supporters. Thank you for always backing our team and I’m really looking forward to joining you in the stands in 2019.

Today sees the retirement of Anthony Maher – one of Kerry’s best Midfield exponents of the modern era.

Anthony began his inter county career as a Minor and quickly progressed through to the Senior Ranks.

In 2014 Anthony produced some memorable performances culminating in the All Ireland Final win over Donegal.

Over the past number of years in particular and despite a recurring injury Anthony provided great leadership for his team mates and helped to successfully integrate the many new players onto the panel.

On behalf of all Kerry supporters I wish Anthony and his wife Megan all the very best in the future.

I would like to congratulate Anthony on his retirement from the Kerry senior football team. Anthony made his debut in 2008 after a breakout county championship with Feale Rangers in 2007. He has served Kerry with honesty, honour and humility and retires with many distinctions to his name.

During my time in charge Anthony was a hugely important member of our group, being our midfield anchor for much of that time. His involvement in the recent past has been limited by debilitating injuries that he stubbornly defied to keep playing at the highest level. He was a leader in the dressing room often acting as a conduit to management. He was a complete midfielder, strong in the air, athletic, skilful, two footed and extremely hard working. He was exceptionally dedicated to his craft and worked tirelessly on his game.

In 2014 we holidayed in South Africa as All Ireland champions. We spent part of the trip at Sun City and naturally availed of the golf on site. One day as a group of us wound down our round I noticed Anthony running around the boundary of the golf course on his own, typically pushing himself. He was getting ready for 2015 and backed up his 2014 season by again driving us to the final that year.

Anthony also managed to excel academically balancing his studies and work life expertly with football. Achieving a PhD while competing at an elite level places Anthony in an exclusive club.

Anthony Maher was top class as a footballer and as a leader in the dressing room. He was a great team player and commanded a lot of respect when he spoke.

He is a very intelligent man and he brought that with him on the football field. Anthony was very modest but a fierce competitor when it came down to a battle. It’s a pity injury blighted the last couple of years of his career as he worked extremely hard to get himself right.

His leadership and example will be a big loss to Kerry.

I wish to congratulate Anthony on his career with Kerry and wish himself and Megan all the best for the future.