2 Wins from 2 for Kerry Hurlers 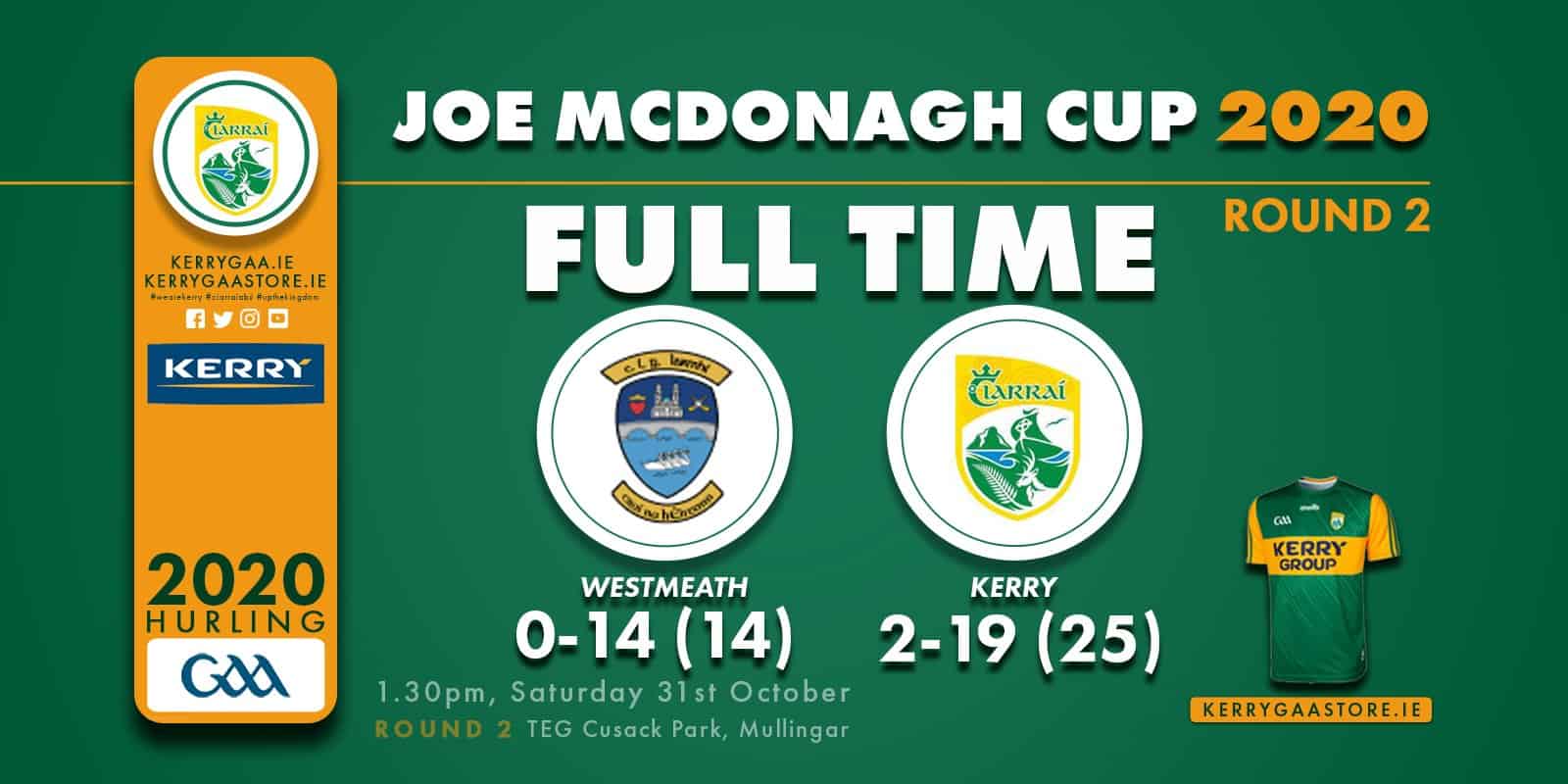 Kerry took a huge step towards securing a place in the Joe McDonagh Cup final this afternoon, as a confident and assured performance from Fintan O’Connor’s side easily accounted for Westmeath at a windswept TEG Cusack Park.

Leading by just a single point at the second half water break, the Kingdom moved through the gears in the final quarter with Shane Nolan’s goal and Padraig Boyle’s three points from his first three pucks after coming on as a sub helping to put Westmeath to the sword.

In truth however, the damage was done in the first half when they kept pace with the home side against the wind, thanks to some wonderful controlled hurling.

Playing into the teeth of the game force wind in the opening half made life very difficult for Kerry, but they overcame the elements with some superb close-range passing, retaining possession. They worked the ball up the field in a fashion that showed plenty of the traits that have made Limerick such a force in the modern game. With goalkeeper Martin Stackpoole even joining in to offer extra support if needed, they worked the ball through the lines and tried to get the ball to within 40 metres of the Westmeath goal before striking for a score, which invariably led to a number of turnovers, but also gave Shane Conway the chance to tap over scores from dead balls.

Robbie Greville, Niall O’Brien and Brendan Murtagh all struck some excellent points from distance for Westmeath but they lacked penetration close to goal, and once Shane Conway fired in the opening goal from close range, Kerry were always in control.

0-10 to 1-6 at half time was a woefully inadequate lead, but Westmeath did succeed in holding Kerry scoreless for the first eight minutes of the second half, only to be rocked back when Niall O’Brien was shown a straight red card for an off the ball strike.

Solid defensive play from Aonghus Clarke and Tommy Doyle helped keep Kerry at bay while at the other end, Darragh Clinton picked off some superb points, but Kerry could now hit the target from anywhere up to 90 metres out from goal, and they soon edged themselves in front.

The introduction of Padraig Boyle gave them an extra scoring weapon that decisively tipped the scales their way, and the game was over a contest by the time Shane Nolan swept in the second goal to confirm Kerry’s second win in two starts.