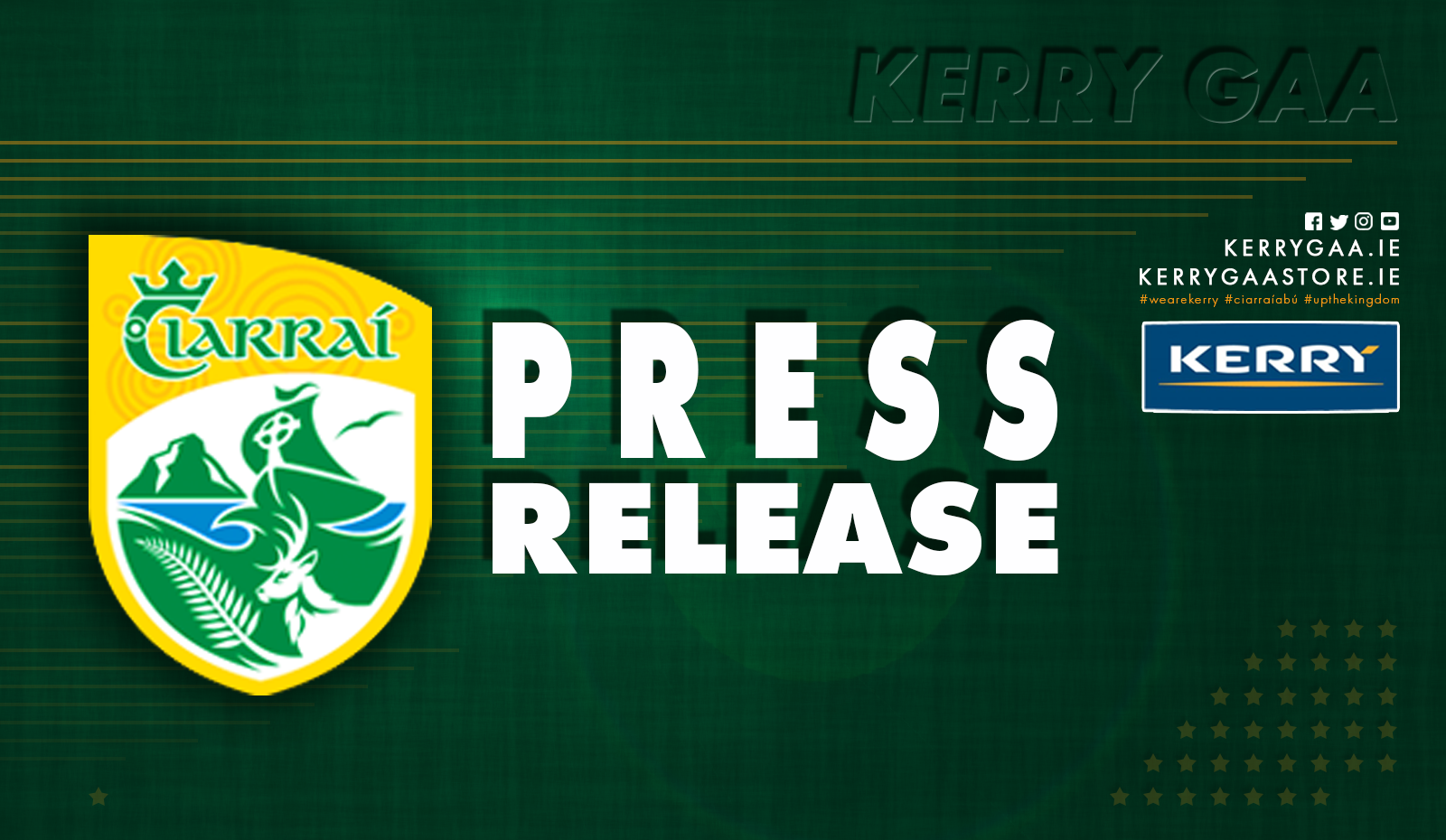 We became aware of today’s announcement by Tyrone GAA at the same time as everyone else. Subsequently, the GAA has issued a statement which indicates their intention to meet and issue a response.
When this response is made known, Kerry GAA will be in a position to issue a further statement on the matter.
Tadhg Ó Murchú
Cathaoirleach
-
0
Share on Facebook Share on twitter