Opening Round win for Kerry against Down – AHL 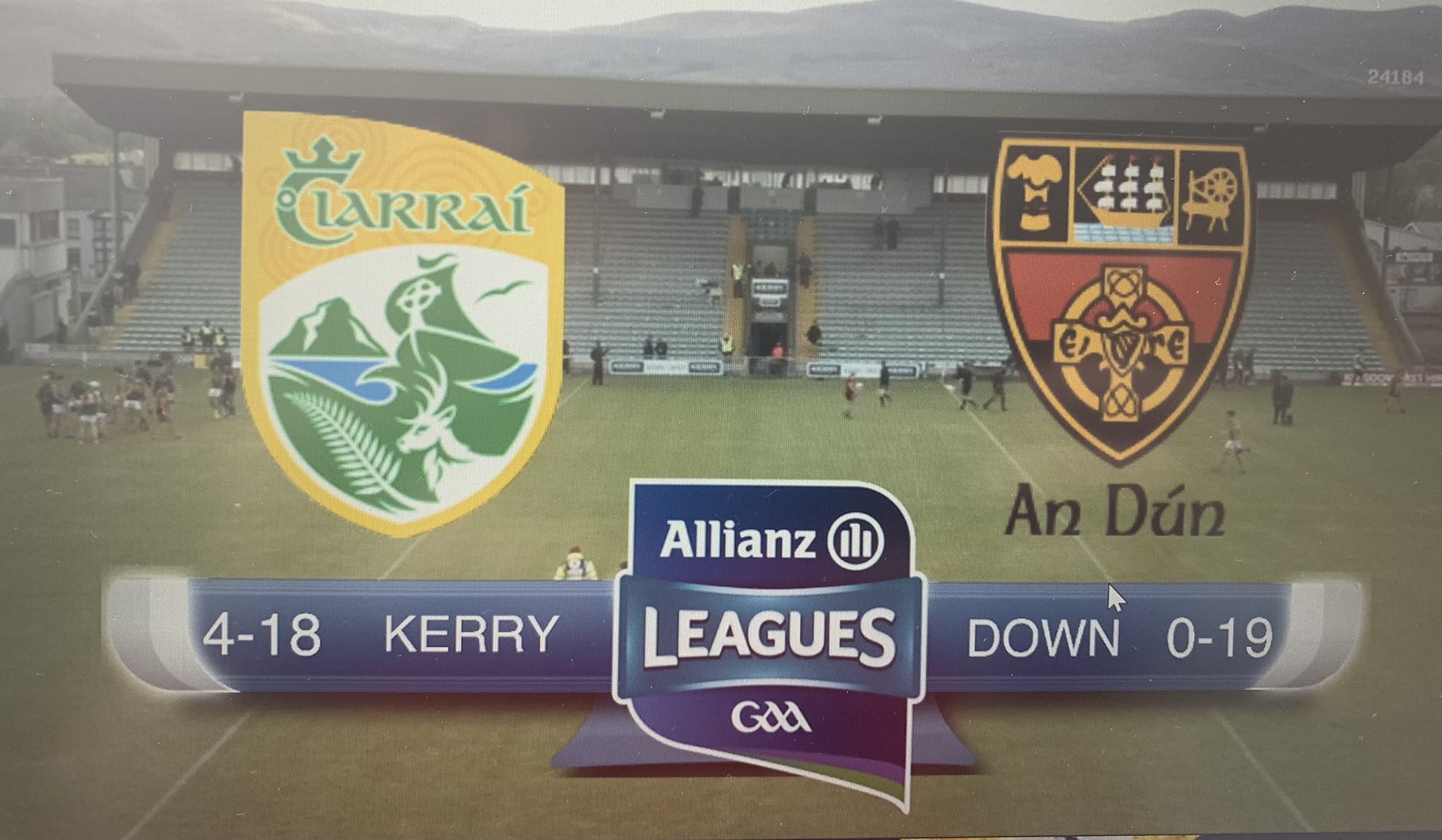 Kerry, Offaly and Carlow were all big winners this afternoon in the first round of games in Division 2A of the Allianz Hurling League, with the Faithful County picking up two valuable away points in Navan while Kerry and Carlow took advantage of home comfort against Down and Carlow respectively.

Fintan O’Connor’s Kingdom side were hugely impressive in this division in 2020, only missing out narrowly on promotion due to a league final defeat to Antrim, and already they look like the team to beat in 2021 after moving through the gears in the second half of their game at Austin Stack Park.

Despite effectively travelling the full length and breadth of the country, Down hit the ground running in Tralee. Gerard Hughes, Matt Conlon and Michael Hughes were excellent in defence as they completely shut down a hugely talented home attack, and with Daithí Sands winning frees and Paul Sheehan converting them, the Ulster side led by 0-11 to 0-6 approaching half time.

Daniel Collins, Mikey Boyle and Shane Nolan all pointed before the interval to reduce the gap, and Kerry kept that momentum going in the second half. Maurice O’Connor and Fionan Sullivan rattled in goals inside the first eight minutes of the second half, and Kerry never looked back with O’Connor and Nolan (a penalty) adding further green flags en route to a 4-18 to 0-19 win.