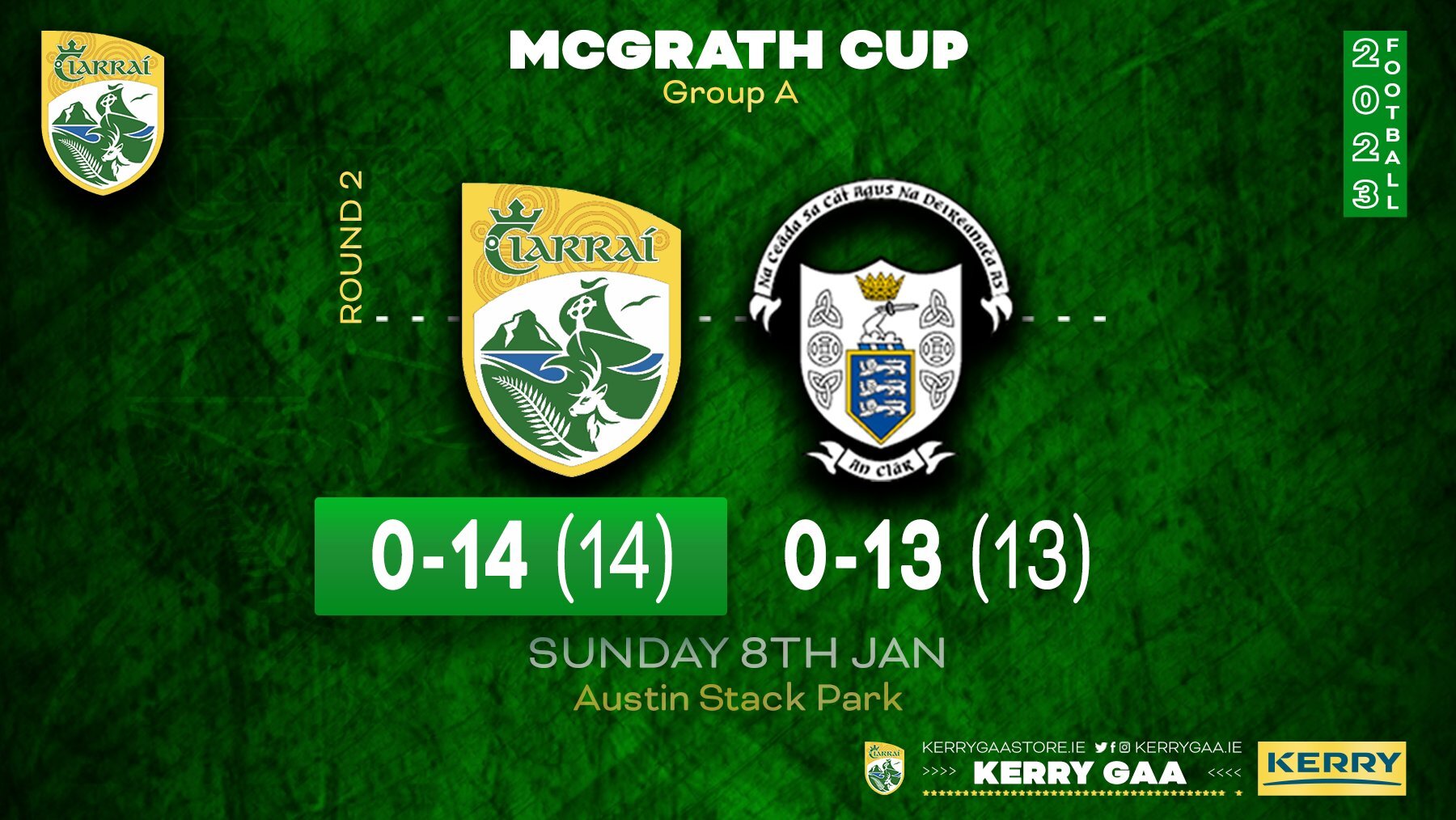 Kerry bounced back from their opening round defeat to Cork with a win over Clare at Austin Stack Park in Tralee this afternoon, but they certainly didn’t have it all their own way against Colm Collins’ Banner men, who burst out of the blocks with the first four points of the game and were only reeled in very late in the contest.

Stalwarts Jamie Malone, Eoin Cleary and Kealan Sexton were all in excellent form for Clare, who then conceded three points in ten minutes but rallied again to lead by 0-7 to 0-3 at half-time, Podge Collins’ firing over the last point of the half.

That four-point lead looked like the very least that they’d need, given the strong wind that was set to favour the home side in the second half, but instead a nip-and-tuck third quarter saw both sides add four points to their tally, leaving Clare very hopeful of sneaking a big win to kickstart their 2023 campaign.

Instead corner-back Tom O’Sullivan proved to be the unlikely hero with a pair of long-range scores to help Kerry draw level, and while Sexton nudged Clare in front again, Darragh Roche raised two white flags in stoppage time to snatch victory for Jack O’Connor’s side.