Kerry are the 2021 Munster Champions! 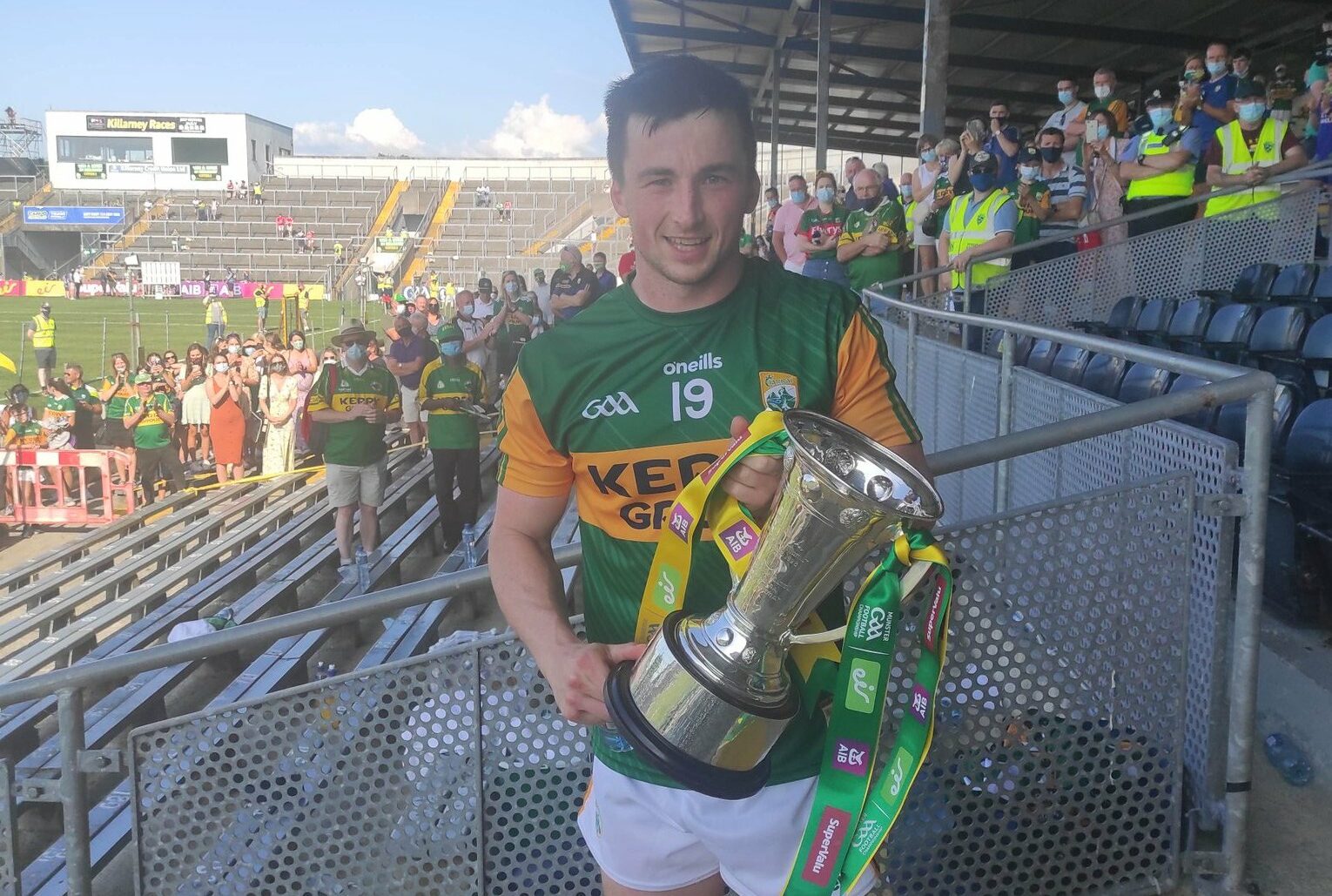 Revenge was served red hot in Killarney as Kerry reversed last November’s provincial semi-final loss by pulverising Cork to the tune of 22 points, the biggest ever defeat dished out by Kerry to Cork in Senior Championship football.

The Kingdom have had almost nine months to stew over that 2020 shock defeat and their League campaign and recent Munster quarter and semi-final wins all seemed geared towards this rematch.

Three second half goals in a nine-minute period in the third quarter quashed any lingering hope at that stage of a Cork uprising, with perhaps the big talking point being that David Clifford managed to score just one converted free. Imagine telling Cork they would hold Clifford scoreless from play and still end up 22-point losers?

There is no doubt but the ghost of Mark Keane’s extra-time goal into Pairc Ui Chaoimh’s City End goal has haunted Kerry since last November, but Kerry emptied their hurt-locker in a swelteringly hot Fitzgerald Stadium to torch Cork and ease into the penultimate stage of the Championship.

If Kerry’s five-point half time lead pointed to a home town win, it was all over by the second water break when Kerry led by 4-15 to 1-7.

The pre-match consensus was that if Cork were to give themselves a chance of victory at a venue where they haven’t won a Championship game since 1995 they would have to throw the hammer after the hatchet at Kerry from the very start. And they did just that. The pre-throw-in scuffles around the field suggested Cork were hurting too from last year, and within six minutes Michael Hurley (2) and Daniel Dineen had the visitors three points ahead.

Cork were running hard at Kerry and finding pockets of space against a stand-offish defence, though at the other end goalkeeper Micheal Martin was busy making smart saves from Sean O’Shea and then David Clifford.

Kerry were uncharacteristically sloppy in their handling, not helped by some excellent Cork defending, and when Kerry captain Paul Murphy was dispossessed near the Cork goal, the Rebels counter-attacked brilliantly with Ian Maguire setting up Brian Hurley for a brilliant goal finish past Shane Ryan.

Ahead 1-5 to 0-4 at the water break, a stoppage was the last thing Cork needed, but the sos uisce gave Kerry time to gather themselves, and though Brian Hurley kicked Cork into a five-point lead when the game resumed, Kerry found their rhythm and groove and kicked the next six points.

What further damage Cork didn’t self-inflict in that second quarter Kerry corner back Brian O Beaglaoich did: the defender carrying the ball some 50 metres before sliding the ball past Martin. By half time it was 1-12 to 1-7 to Kerry, and the Cork challenge was already starting to wilt under the sun.

The second half was four minutes old when Paul Geaney goaled from O’Shea’s pass, and seven minutes later O’Shea turned poacher from Paudie Clifford’s selfless assist to make it 3-14 to 1-4.

Nine minutes after Geaney’s first green flag the Dingle man found the net again, poking the ball over the line after Tom O’Sullivan had miscued his effort.

It all amounted to Kerry outscoring Cork 4-11 to 0-2 between the water breaks, rendering the fourth quarter little more than an accounting exercise.

Kerry got four points from play off their bench, with 13 players raising a flag. Incredibly, David Clifford managed just a solitary point, from a free, as Cork collapsed to their biggest ever Championship defeat to Kerry.

Kerry will now play Tyrone or Monaghan in next month’s All-Ireland semi-final after wrapping up Munster title number 82 for Kerry.