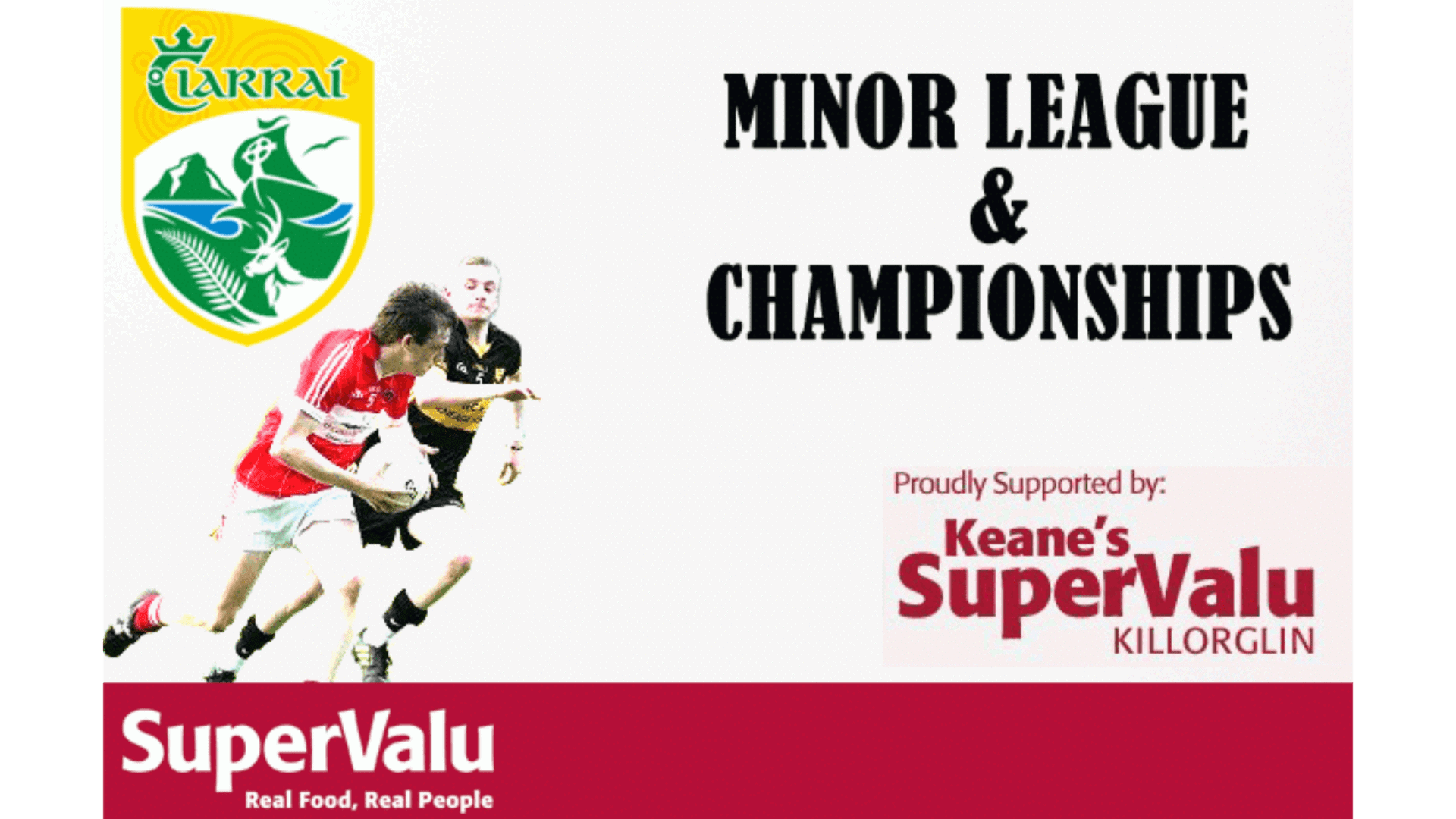 The draw for the Keane’s SuperValu Minor Championship Semi Finals was made last Thursday morning and resulted in the following pairings;

The games are fixed for Monday at 6pm – the East Kerry v Killarney Legion game is on in Fitzgerald Stadium and South Kerry v St Brendan’s is on in Killorglin. Extra time and ‘winner on the day’ applies if needed.