A win for Kerry over Meath in Allianz Hurling League 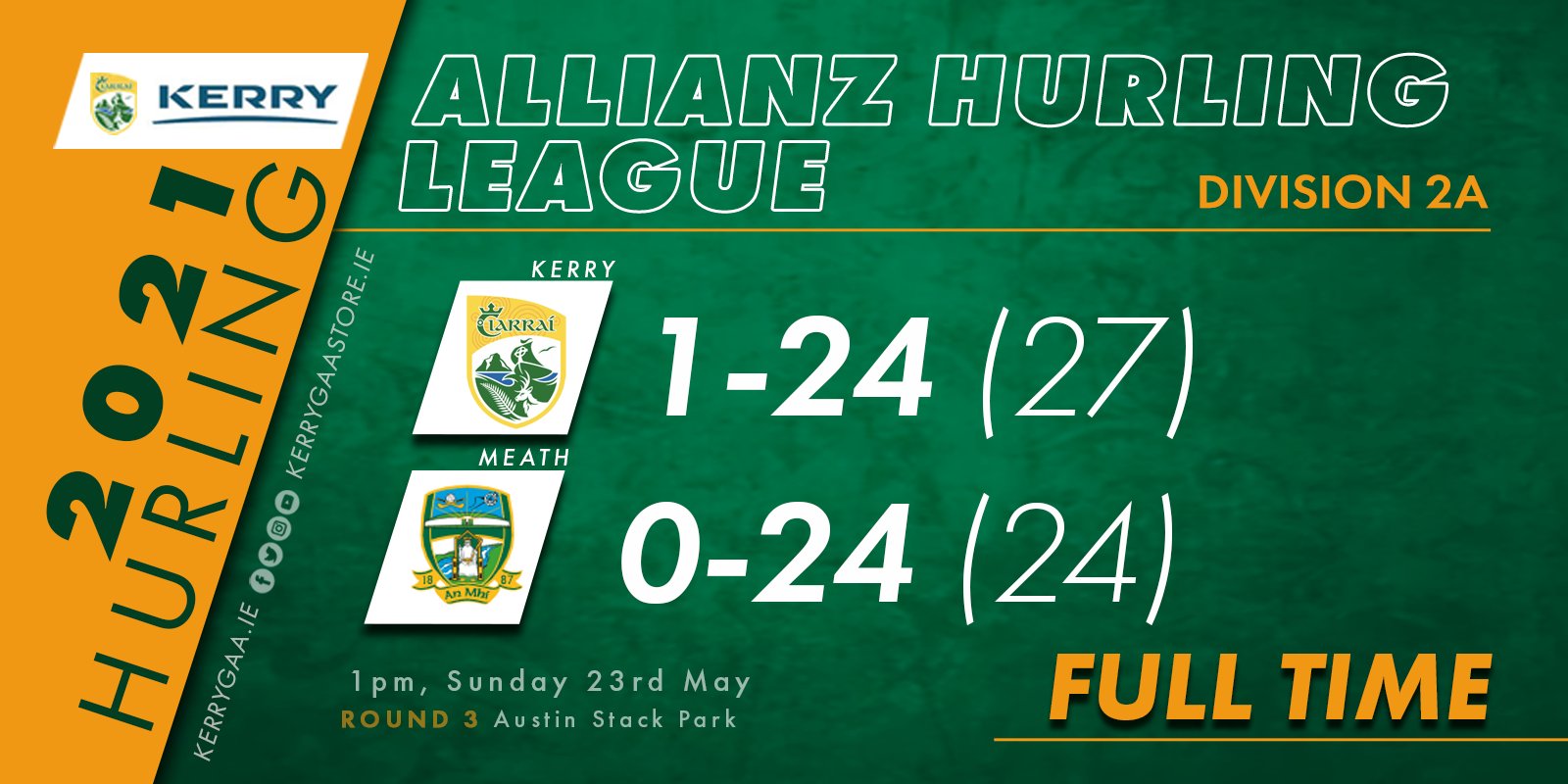 Kerry are still in the promotion hunt but they’ll need to win out their last two games and for Down to do them a favour by winning in Tullamore. They got off to a great start against Meath in Tralee with a Shane Nolan goal, and kept in front throughout before securing a 1-24 to 0-24 win, though at this stage scoring difference is unlikely to be kind to the Kingdom (-7 points after three games).

Down’s trip to Tullamore to take on Offaly in a fortnight’s time is shaping up to be a crucial league decider after these two counties picked up big wins in this afternoon’s games in Division 2A of the Allianz hurling league.

Down travelled to Wicklow in high spirits but they met with stern opposition from the home side, in a game where all bar a handful of the first half scores came from dead balls. Liam Savage and Paul Sheehan gave Down an 0-12 to 0-9 half time lead, and with the wind at their backs, Down moved through the gears after half time. Eoghan Sands shot two goals out of heavy traffic from close range in the space of four minutes to push Down ten clear all of a sudden, and they kept piling on the misery, scoring 2-10 in between Wicklow’s first and second score of the second half. A third goal from Oisín McManus confirmed a 21-point margin of victory for the Ulster County.

Carlow did well on both puckouts and in the battle for turnovers against Offaly at Netwatch Cullen Park, and trailed by just one at half time, with Oisín Kelly and John Michael Nolan finding the net at either end.

Offaly were a transformed side after the interval however and they dominated the second 35 minutes, with Eoghan Cahill (1-12), Kelly (1-4) and Liam Langton (0-4) their main scorers.