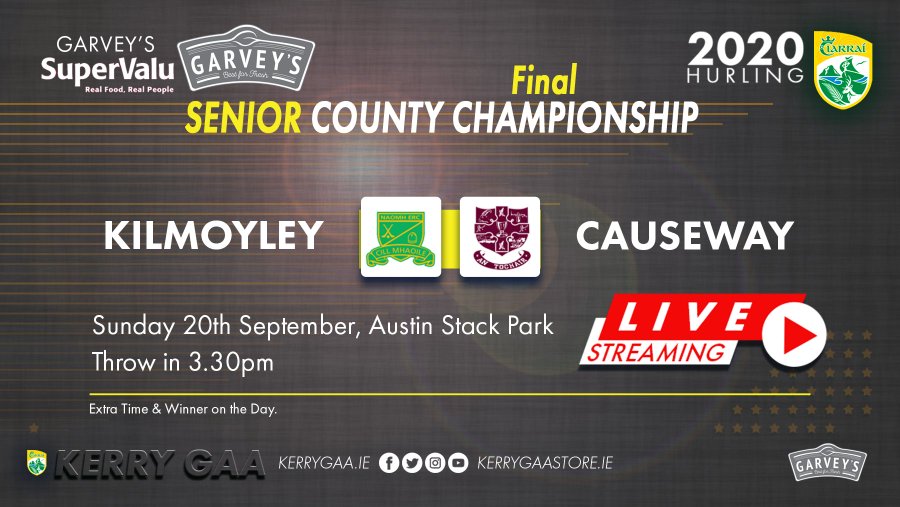 The highlight of the Kerry hurling year goes ahead on this Sunday, 20th September with the Final of the 2020 Garvey’s SuperValu County Senior Hurling Championship (Corn Neilus Ó Floinn) between current holders, Causeway and Kilmoyley.

Venue is Austin Stack Park where there will be a 3.30p.m. throw in time. The game will be live streamed.

The curtain raiser will be the meeting of Tralee Parnells and Dr. Crokes, Killarney in the Final of the County Intermediate Hurling Championship [Corn Antaine Ó Murchú].

It will be a historic occasion for the Tralee side as they will be playing in this decider for the first time.

This game will get underway at 1.00p.m. and will also be live streamed.