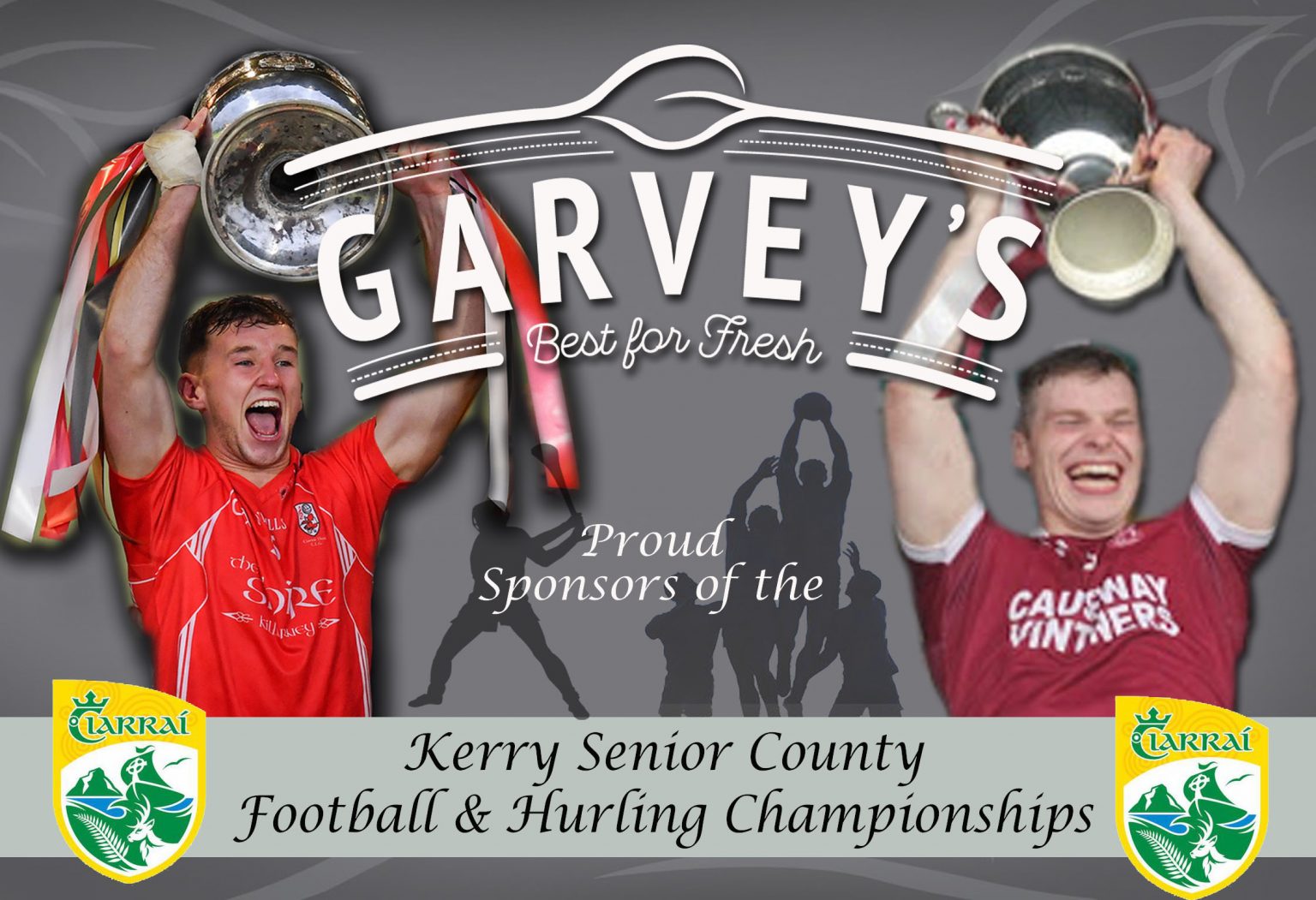 This draw was recorded live in the Radio Kerry studios on Terrace Talk, with Chairman of Kerry County Board and Garvey's Managing Director of competition sponsors Kevin McCarthy taking charge of the draw.

Chairman Tim Murphy made a point of extending his gratitude to Supervalu for their continued and unwavering support expressing how lucky we are to have such a fantastic support system in Kerry from a business rooted in the heart of the GAA.

The draw was overseen by Peter Twiss chair of the CCC and the fixtures will be confirmed by the CCC in the coming weeks.

The football draw resulted as follows:

The hurling draw resulted as follows:

We wish all teams and competitors the very best of luck in the coming weeks.