You are here: Home/ News/ Congratulations to Larry McCarthy 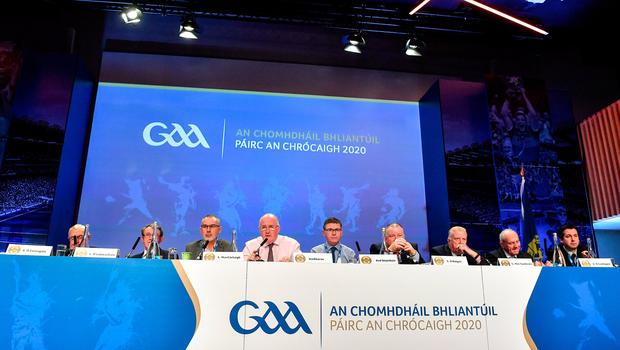 Congress concluded on Saturday after two days of action in Croke Park.

The big news on Friday night was the Presidential Election which was won by New York GAA candidate Larry McCarthy.

He was elected on the fourth count after a very close battle with Jarlath Burns.

Larry was born in Cork, taught for a few years in Malahide Community School before going to New York. Larry now lectures in Seton Hall University near Manhattan. Larry will move back to Dublin to serve his time as President of the GAA.

Delegates also voted on 63 motions and all the results of the votes can be seen on the GAA website.

President Horan announced on Saturday that the tier 2 Championship Cup has been named the Tailteann Cup.