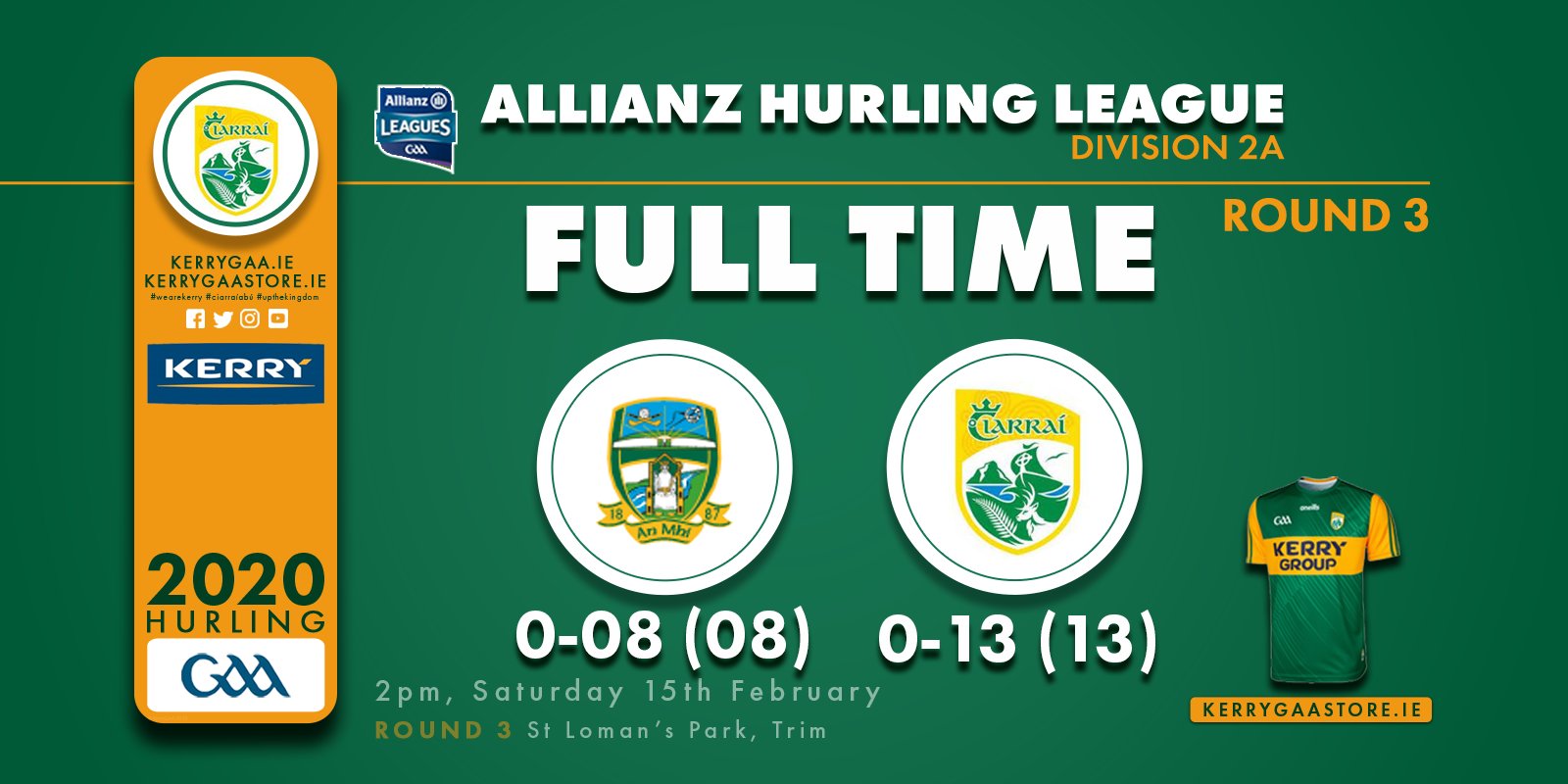 Three days after he lit up the Fitzgibbon Cup final and played a key role in UCC’s win over IT Carlow, Shane Conway was again proving himself to be one of the brightest young attacking talents on the hurling scene as he shot seven points on an incredibly difficult afternoon for hurling in Trim.

Kerry’s 0-13 to 0-8 victory over Meath means that the Kingdom remain in the driving seat for a league final place in Division 2A of the National Hurling League, though it was only in the second half that they pulled away from their hosts.

Deadlocked at 0-5 each after half time, Conway and Jack Regan traded scores after the interval but then Kerry kicked on with Jordan Conway, Padraig Boyle and Michael Leane all on the scoresheet.